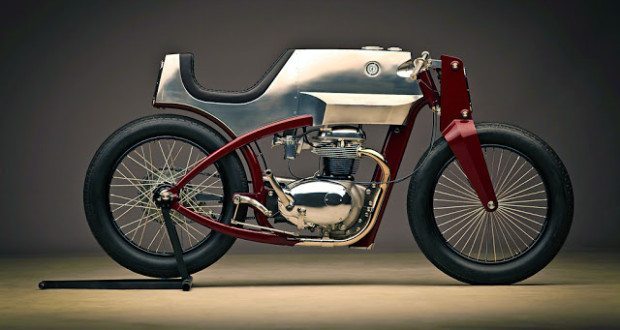 every once in a while i ring up somebody who builds bikes you have heard about. one of those folks is chris flechtner of speed shop design. we became acquainted when i interviewed him at the end of 2010. you should check it out if you haven’t for a lot of insight into the guy who makes incredible motorbikes. since then, we’ve had a few phone calls, i – and those who read bikerMetric – saved him $1,600, and he and i have traded many an email.

last night i rang but got his voicemail. f***er. a few hours later he emailed to state he was slammed and was selling his most famous creation, the beezerker: 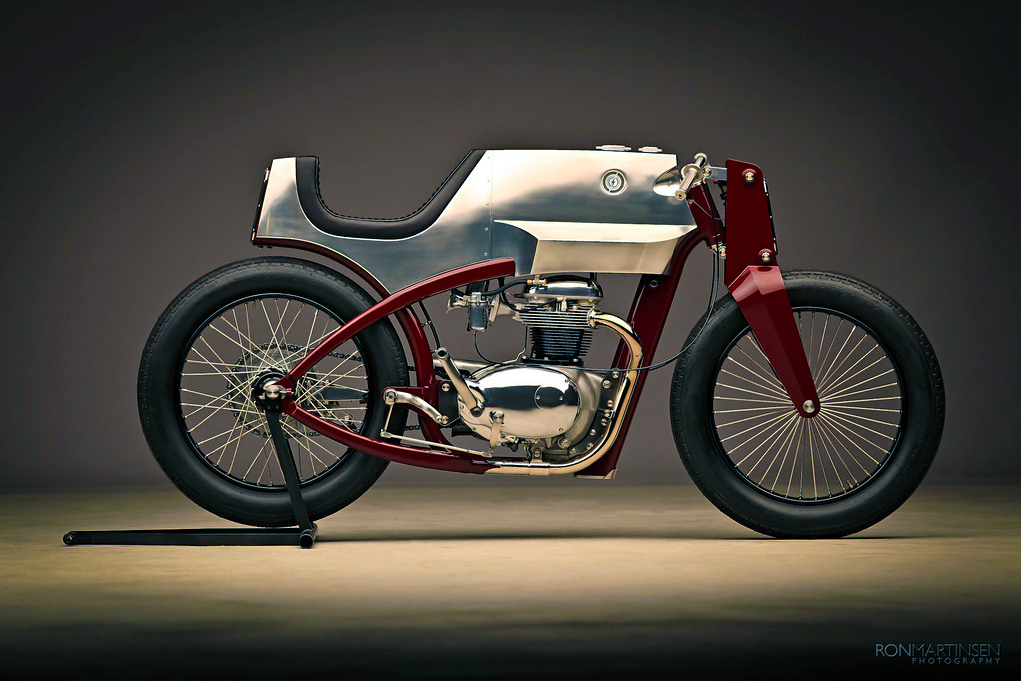 according to him, the past two years have been amazing thanks to the impact the bike has had on the motorcycle and design world. indeed. it’s a large piece of custom motorcycle history, and even more important in the history of british 650 twins. 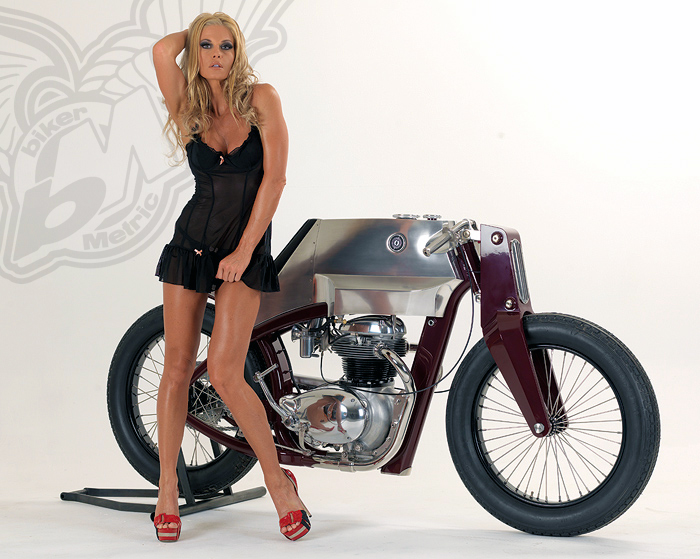 check out a lot more photos, including magazine spread scans and more here on ebay.

don’t think for a second it isn’t worth what he’s asking. bM is largely about the inexpensive garage custom, but if you divide that price by the amount of hours it took to build you’ll discover a freaking bargain.

meanwhile, back at speed shop, chris has been making slow but sure progress with his 900ss ducati build. here are a couple of peeks at the front end: 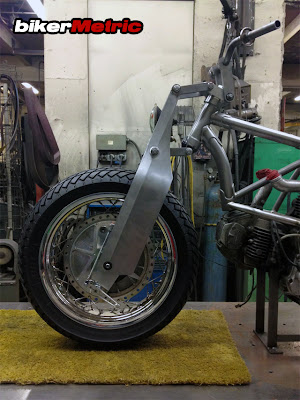 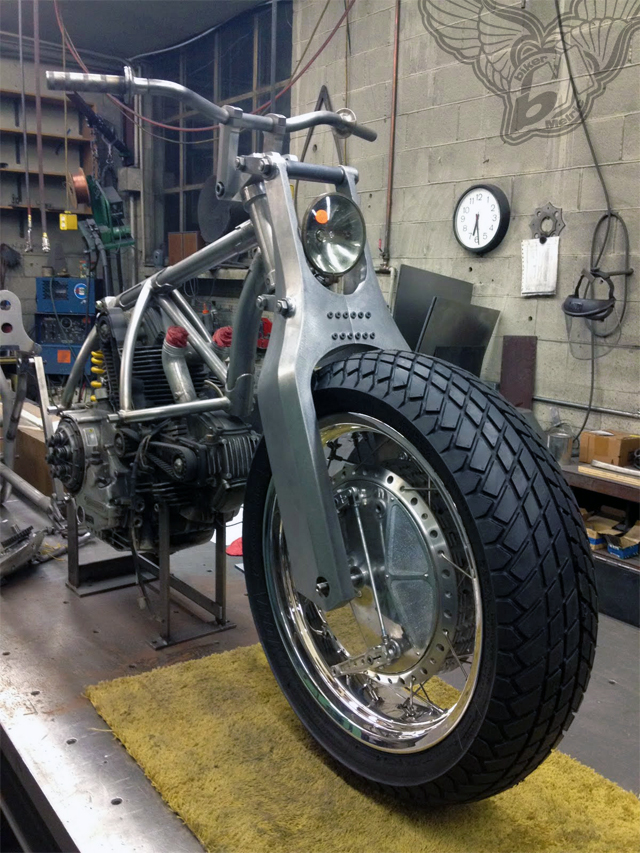 Previous: honda 90 super cub chopper by psyclooz
Next: thought of the day | f*** that s**t