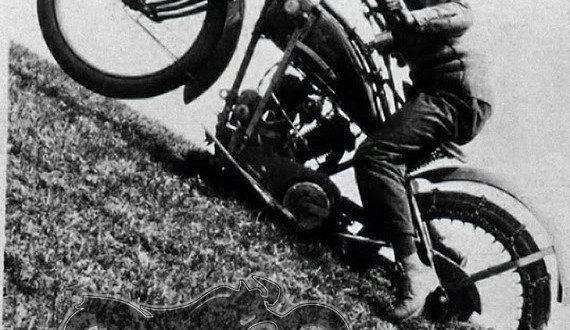 what makes a style, part 2

Visited The Kneeslider yesterday. It’s a well-written site but sometimes they think something is cool that I find to be hideous. Yesterday I found a post about a bike that was called a “hill climber.”

Here is a photo of a vintage American hill climber: 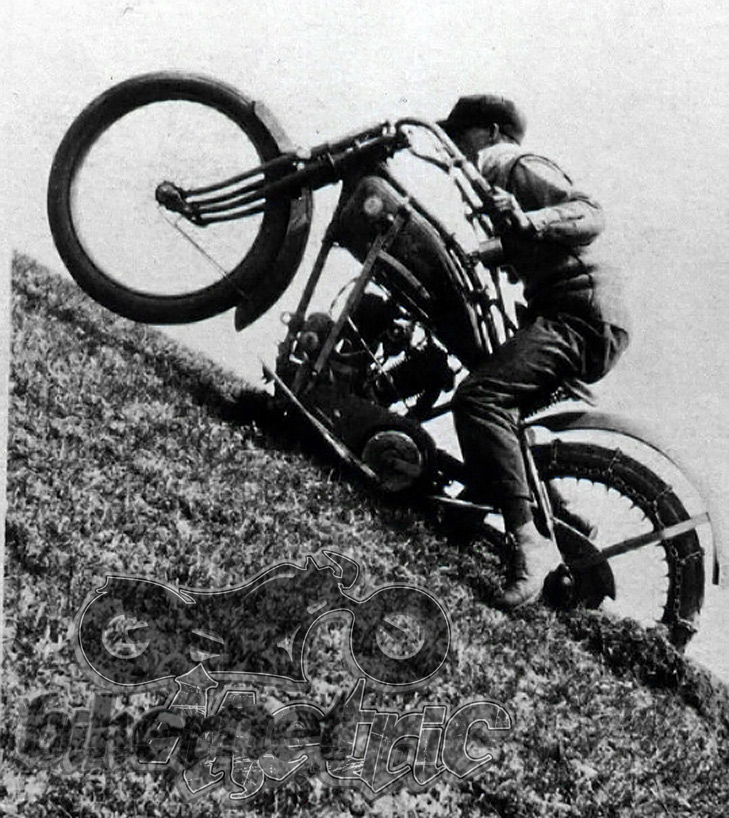 Here is a photo of the bike from the Kneeslider, built by Chris Barber. 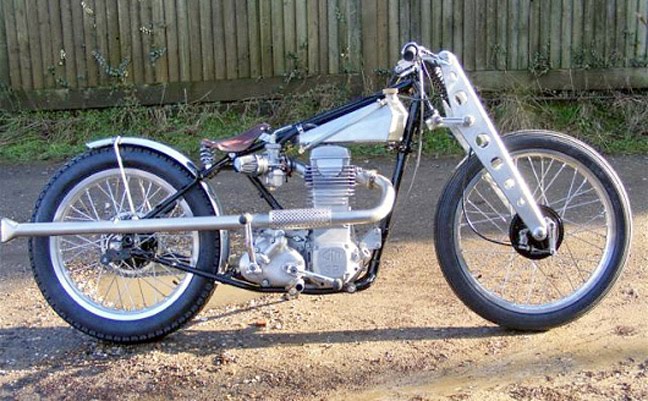 I posted a comment that it looked like a speedway bike, especially with the over-the-tank frame. He professed that it was indeed a hill climber and possessed many attributes of classic hill climb racers, as well as Art Deco and 1930’s aircraft design.

With that huge front end? With that exhaust pipe? With an over-the-gas tank frame? And a coffin tank? “Dude,” I thought, “you trippin’.”

As it turns out, in England they only climb paved hills. This is a photo of a participant of a British hill climb race from 1949 riding a tasty Vincent: 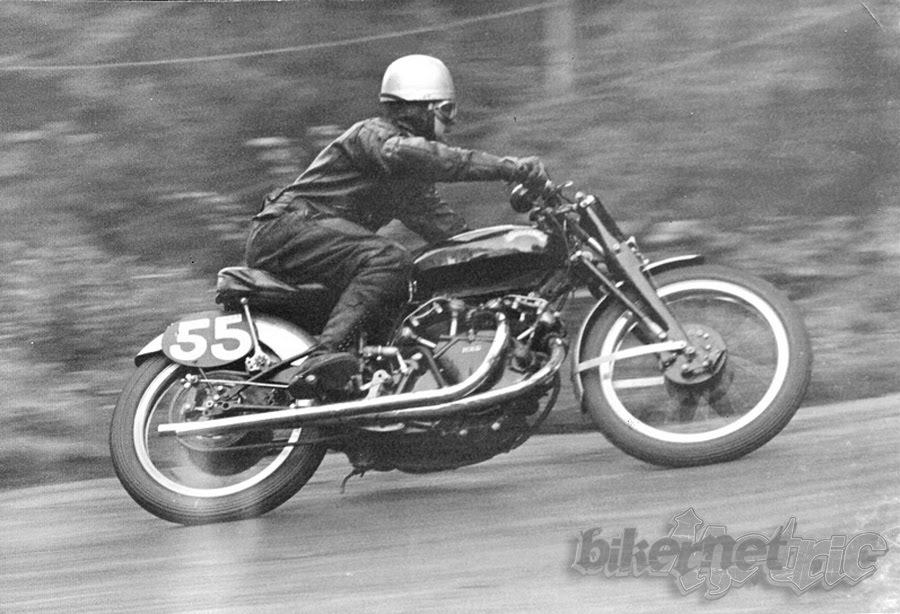 Chris’s bike doesn’t look like a Vincent at all.

After Googling “British hill climb motorcycle races,” and finding very little, I emailed Paul at the Vintagent, the best source for all things vintage motorcycle, to find out more about this discrepancy and to get a little history on why the Brits call what looks to be a standard road race a “hill climb.” I’ll let you guys know what I find out.

Once I discovered that my perceptions of a motorcycle hill climber were vastly different from Chris’s (dirt hill vs. paved road), I had to know more, mostly because I didn’t believe that he knew what the **** he was talking about regarding the design of his bike.

Sure, all those angles are just like the flowing lines of Art Deco. Hello? Graphic design degree here. That means I know about art just a little bit and that the killer biker in California that created the first coffin tank in the 60’s wasn’t thinking about Art freaking Deco. He wanted to be radical and freak out squares. It was about death. Art Deco celebrates things like the sun and flowers.

Here are a couple of photographs of what I believe is the best example of Art Deco in a motorcycle, the 1934 BMW R7 by Alfred Böning: 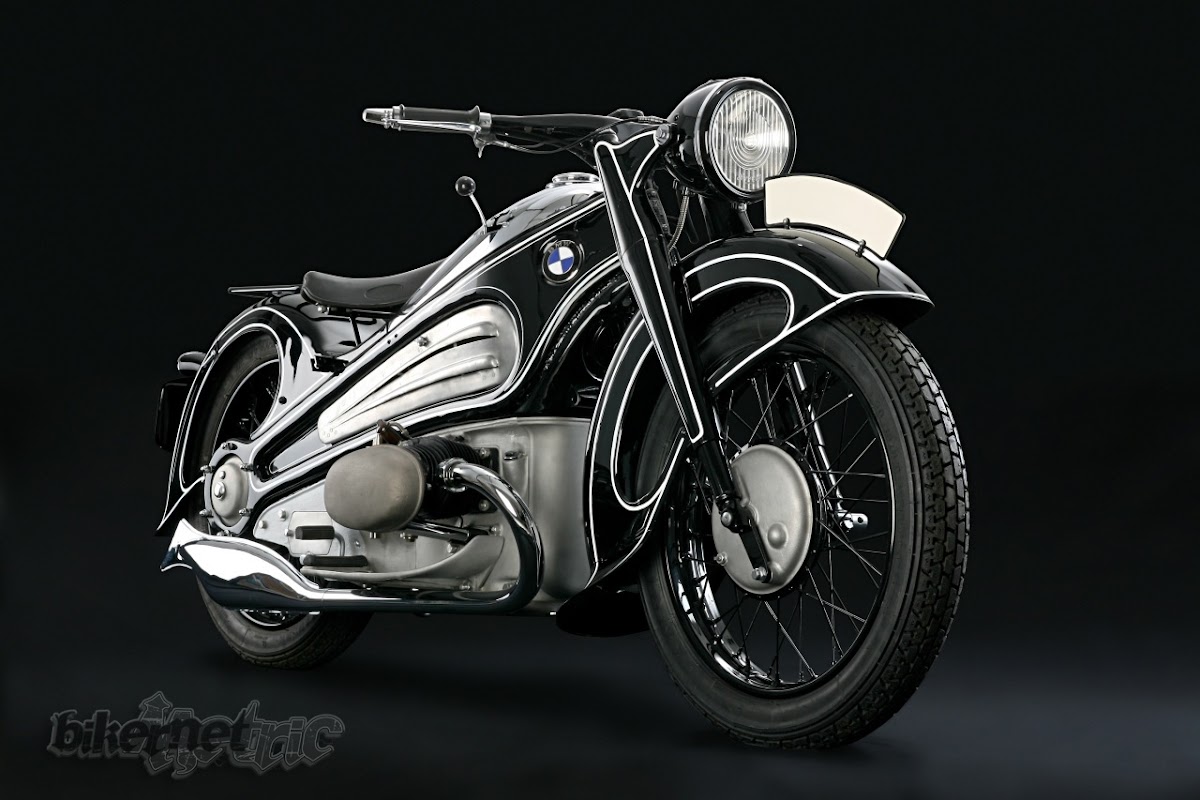 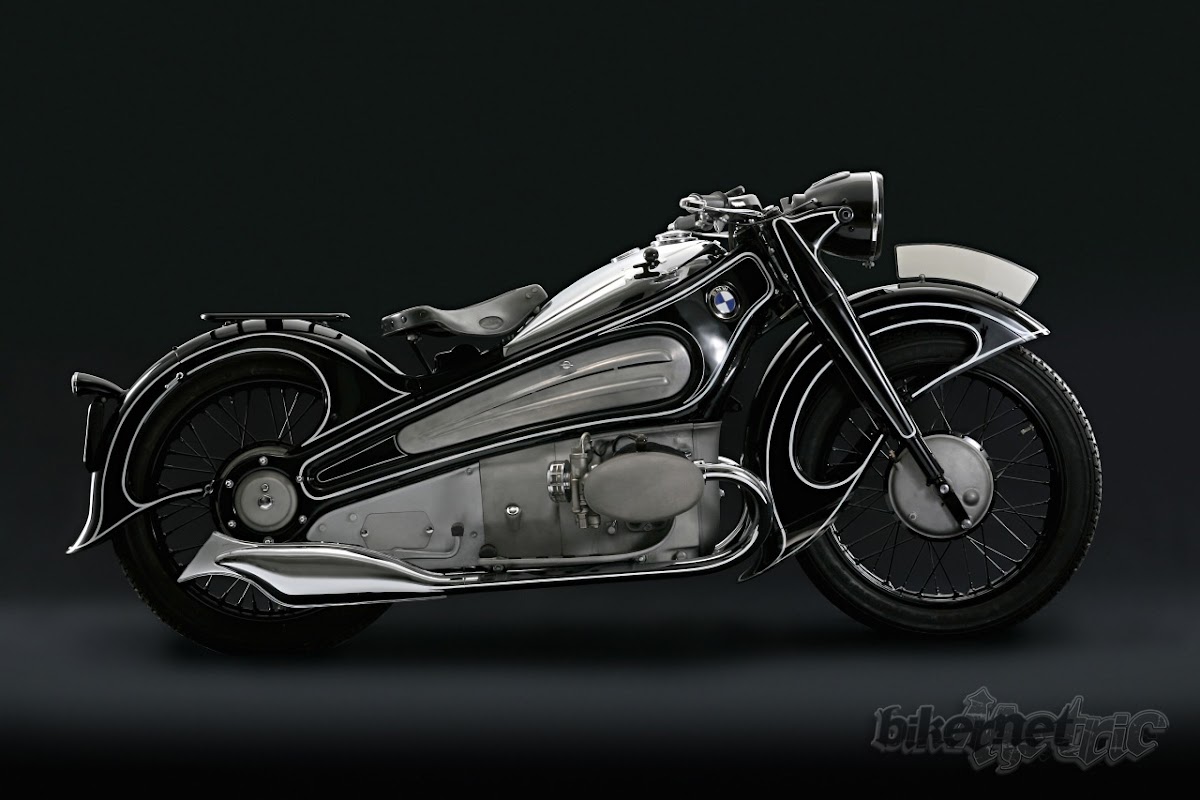 Got a response from Paul:

Sounds like the makings of two posts! There are many famous British hill climbs, but it’s cars which as usual steal the show. I can access quite a bit of stuff on them, but it’s all hidden in other places. So, thanks for a good idea. The more obscure rubbish I write about, the more top Google search results come up as MINE…. bwaaahaaaahaaaaaaaaa. Cue mighty Wurlitzer organ doing the ‘Phantom’ theme.

All the best,
Paul

“What makes a style?” part 1 can be found here.

Previous: UPDATE: last ride customs honda cb360 cafe racer
Next: sick with the flu so i took on 49 baboons in a fight armed only with a giant *****