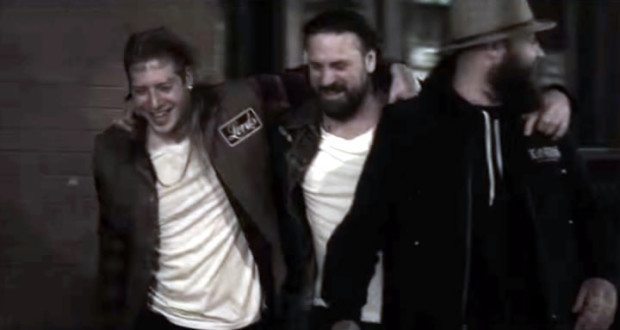 Tom MacDonald has just released his first music video of 2016, “Number 7”. This video is for the 4th single from his most recent album, “See You Tomorrow”. Tom has earned a reputation for being incredibly creative with his past video release – blurring the lines between short film and music video – he’s portrayed himself as a cowboy, an astronaut, Batman, a soldier with PTSD and an old man among many others. This time, however, Tom brings his fans into his real-life and showcases who he really is – a rockstar.

Surrounded by countless Harley Davidson motorcycles and a seemingly infinite amount of whiskey, Tom takes his fans through Vancouver on a liquor-fuelled rampage complete with a wild performance amidst roaring motorcycles at the Lords of Gastown compound. Check it out!