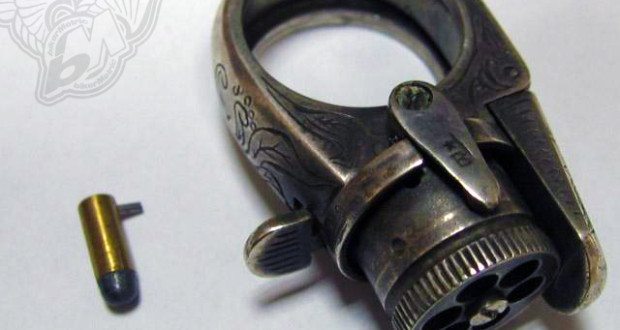 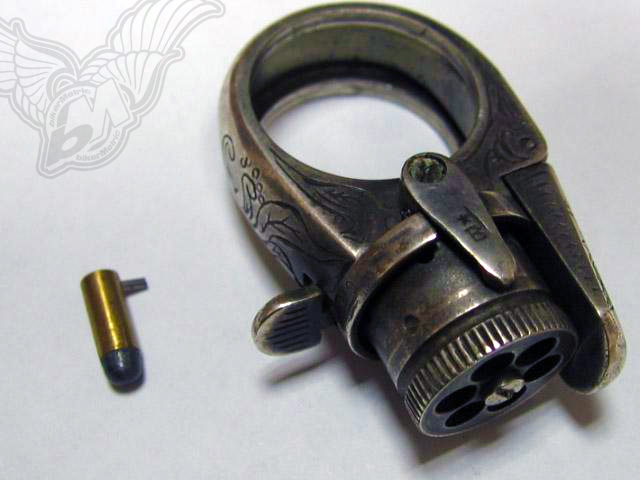 while visiting swagger’s blog, he had images of this, and other, little revolver rings. 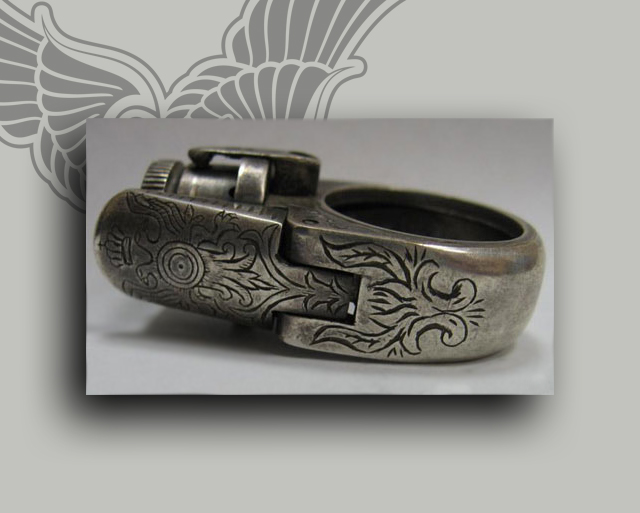 after some research i found the little pistol is supposed to fire .117 caliber bullets. where do you get those? that’s about 5mm. then i discovered 3d renderings like this. 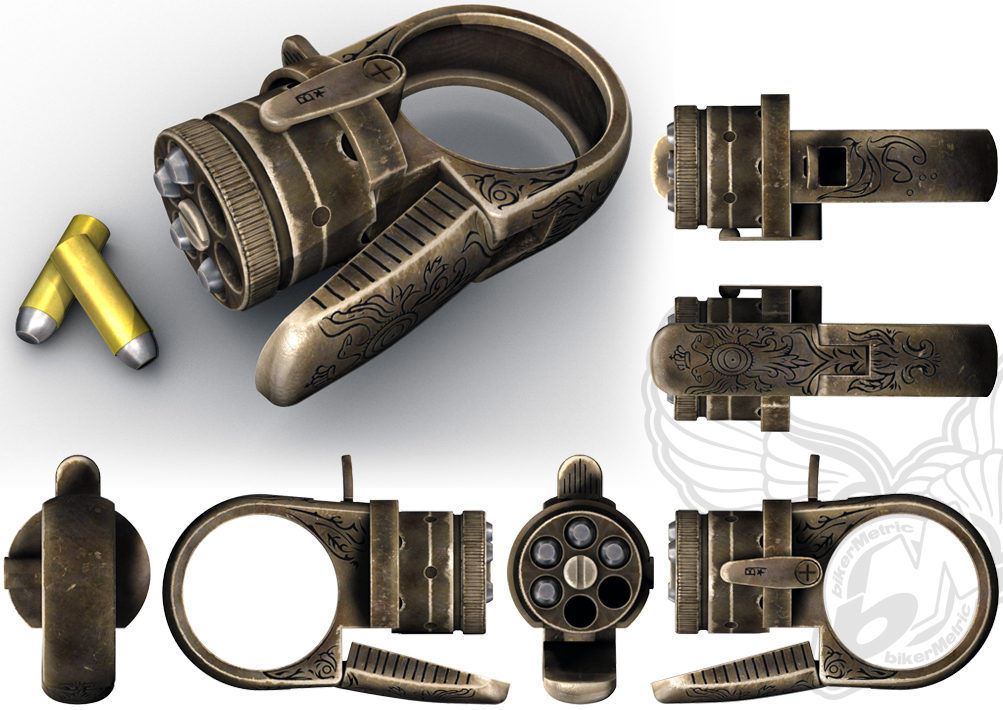 it took a minute to snaz up another relatively large 3d rendering, adding the flag background. 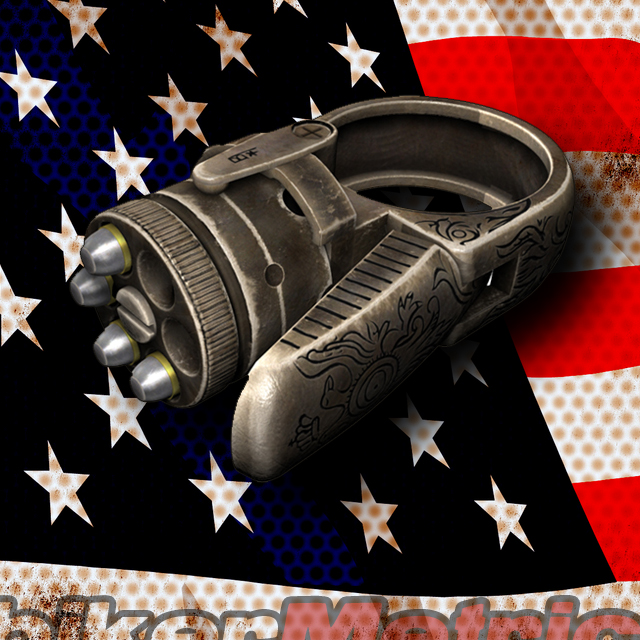 additionally, the links on every site to the source (a rare online mini-gun site) were 404 dead. the page no longer existed and after searching the source’s website, i could no longer find it. that made me think that it may be a hoax, a nice computer-generated image of the real thing and some poor “professionals” got suckered. i am unsure as some of the images look darned “real,” but as we all know, a talented designer can make a japanese toy look real and 100 feet tall on a 20-foot wide movie screen, so why not a 640-pixel wide internet image? not to be deterred, i researched other images on big pointy teeth and discovered that there were more designs that were similar.

please accept my apologizies for the horrid image quality of the next two pix. they are all i could find. i made them as pretty as possible. 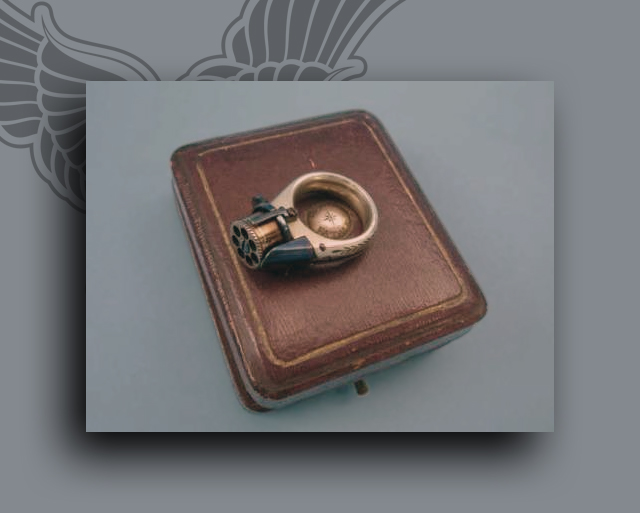 this one was made in germany and the band is engraved with herringbone borders that say “femme fatale” at the bottom of the ring. guess it was a ladies ring from around the early-to-mid-19th century. mounted on top is a seven-shot cylinder with a fold-down blued trigger and outer spring band. it was on auction and expected to fetch between $2,500 and $4,500 a few years ago. 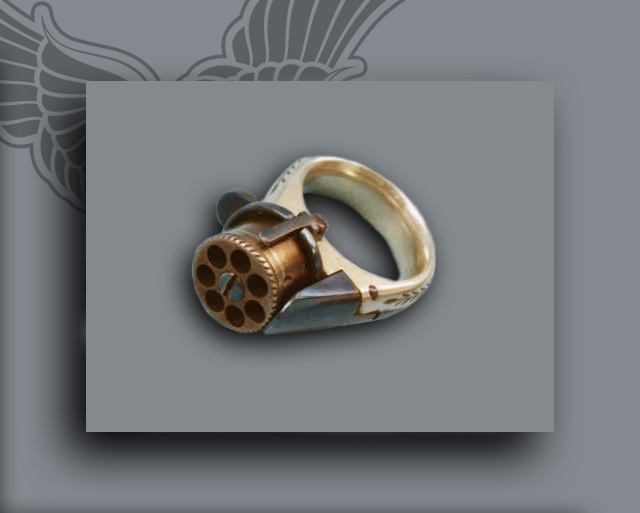 as you can see, the computer-rendered pistol ring is based on an original weapon and whomever created it did a great job. wish i knew if it was a working ring pistol because if there is one thing i’ve learned in the past two years, it’s “i’ll believe it when i can use it.”

i’m looking at you, jeff yarrington of “saint motorbikes.” 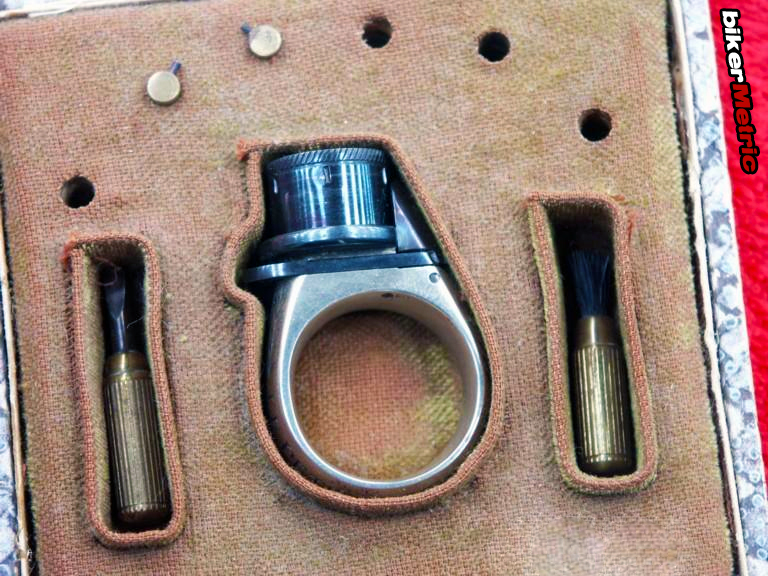 regardless, there are some true ring revolvers. here is a video of one of these little beasties which were called the “dyson le petit protector ring pistol.” think that’s french for “small self-defense vacuum.”

info on the dyson is hard to come by, but a his-and-hers pair recently sold for $13,000. i’d rather have a few made for myself and a couple friends for that price. 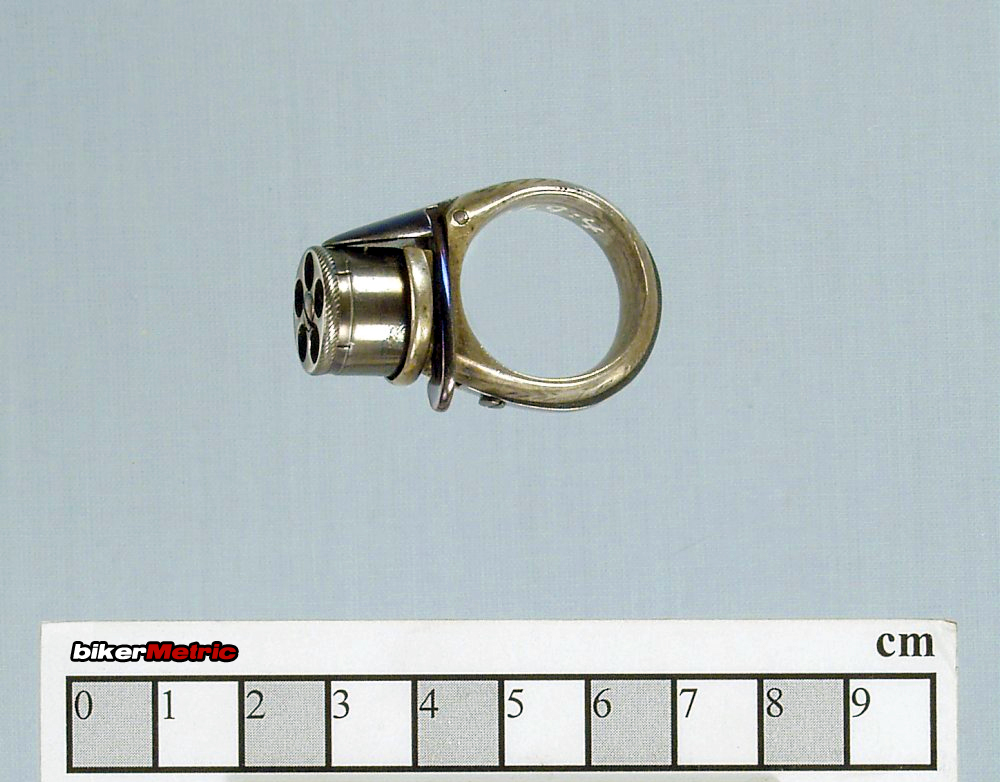 Previous: DISOBEY
Next: engraving a fuel tank by hand 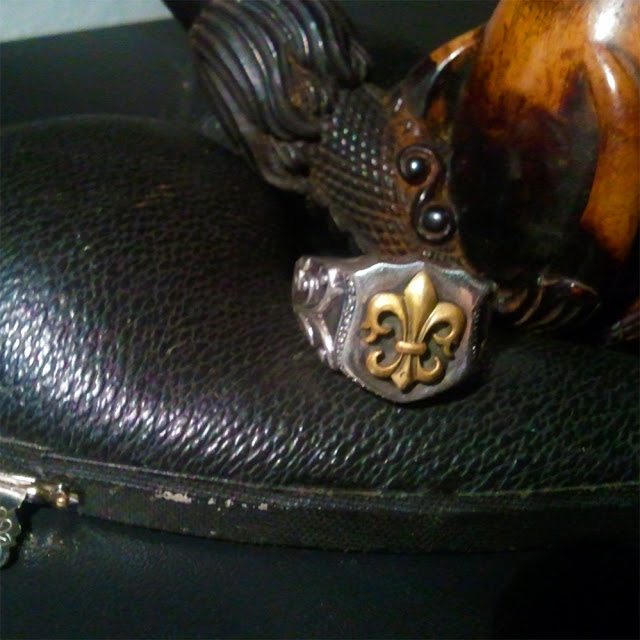 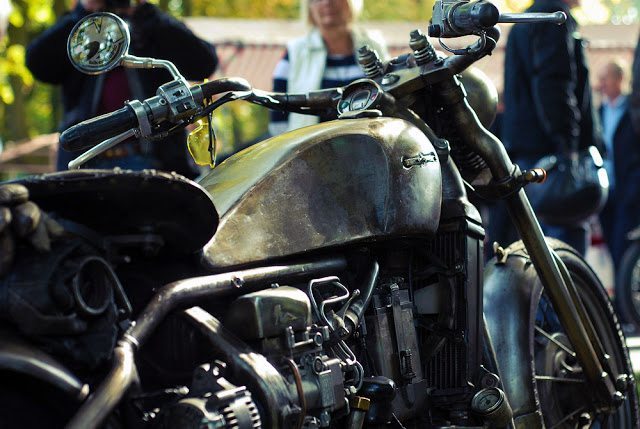 it’s way past bedtime but i decided to do what i haven’t ... 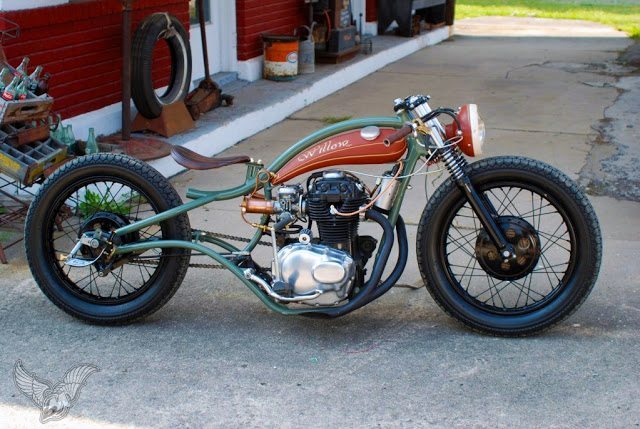