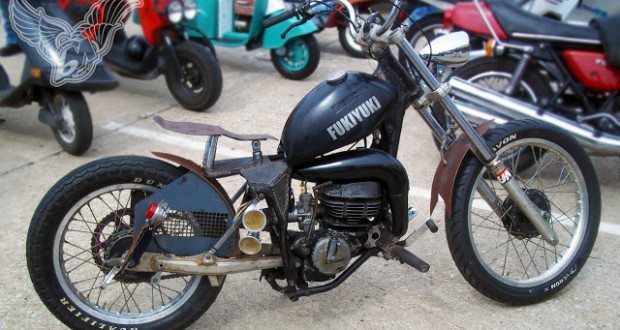 once again good friend TOOLS1 has come through with a freaky-assed motorsickle he found. 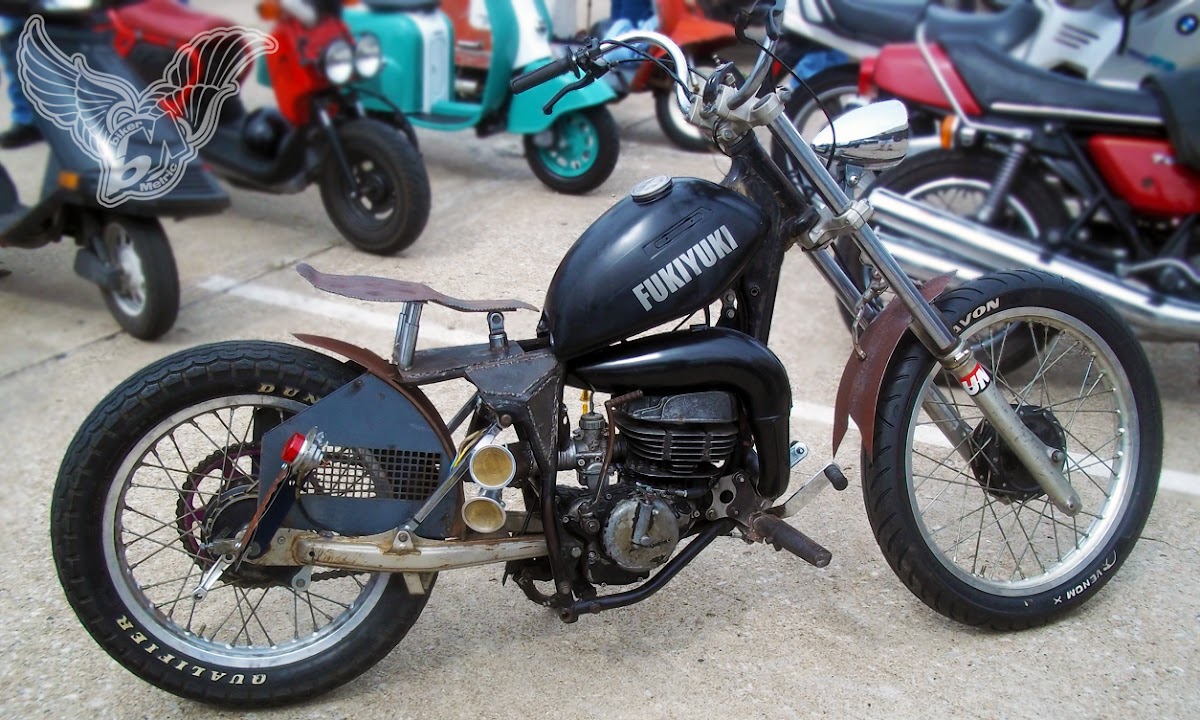 this one was discovered at the “heart of america motorcycle enthusiasts show” yesterday at the kansas city airport. the owner/builder was not there, but his boss was found and he filled TOOLS in with some details about this killer rat bike. 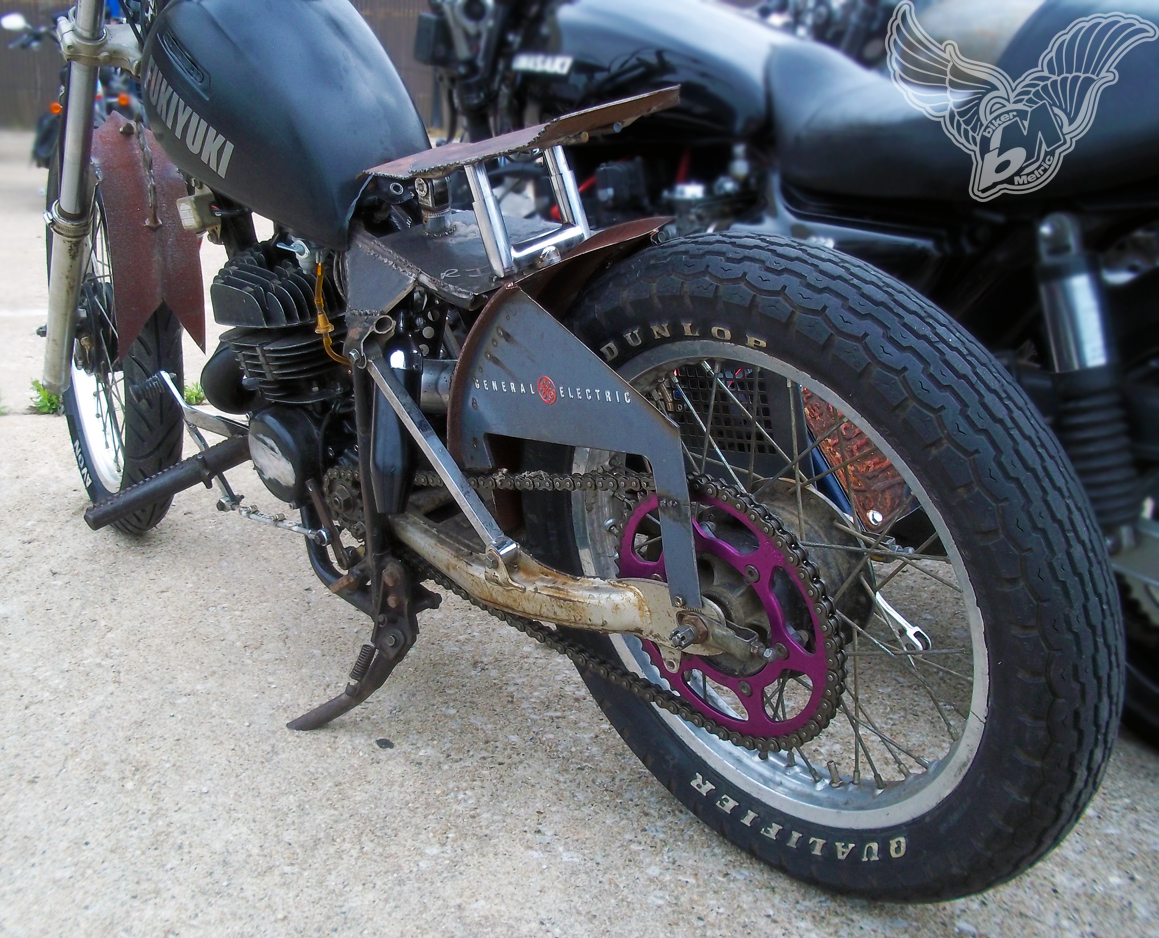 the owner/builder turns wrenches at blue star motorcycles in kansas city, which greatly excited TOOLS. it it’s a true “make due with what you have” metric motor machine. 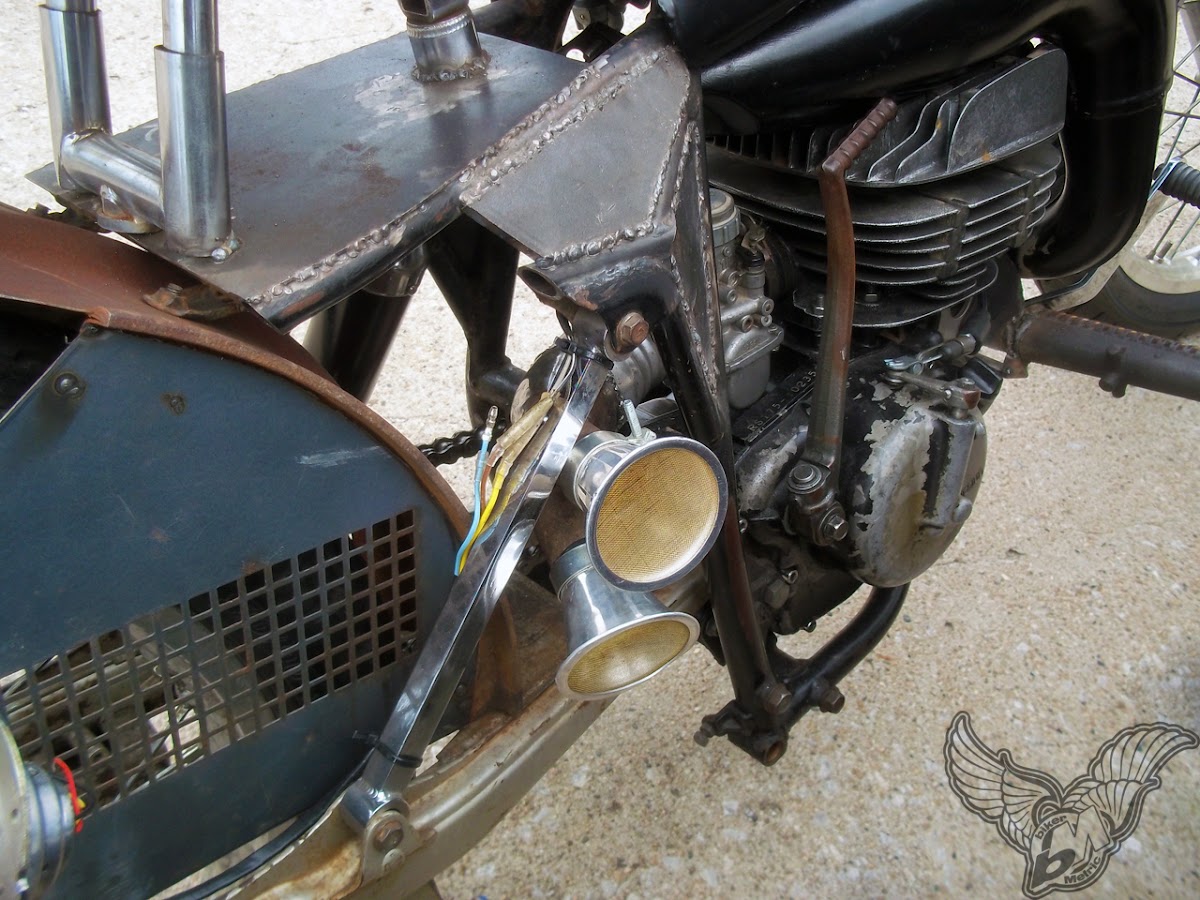 the owner is named jim who said he was going to throw the bike in the junk pile when his mechanic decided he wanted it. it was at one time a mere suzuki 175 enduro two stroke single with a six speed not unlike this:

i imagine it was in bad shape if they were going to scrap it. the tank came from an unnamed honda and the rest is hand made. i can definitely see that.

i’d put clip-ons and work on the seat, but this is probably a winner of the cheapo challenge regardless. 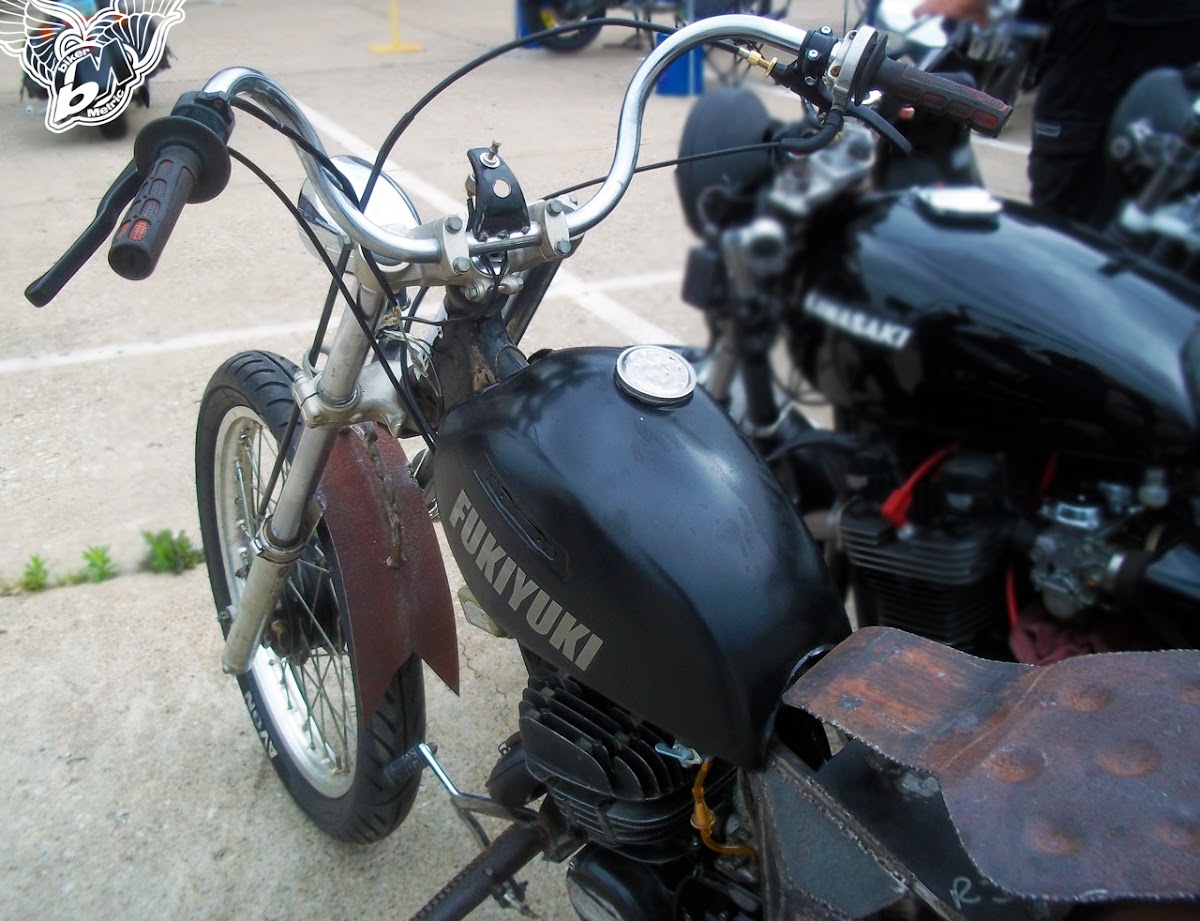 if TOOLS remembers correctly, the foot pegs were made out of a furnace. i think other parts were, too. he hopes to run across the builder in the future. 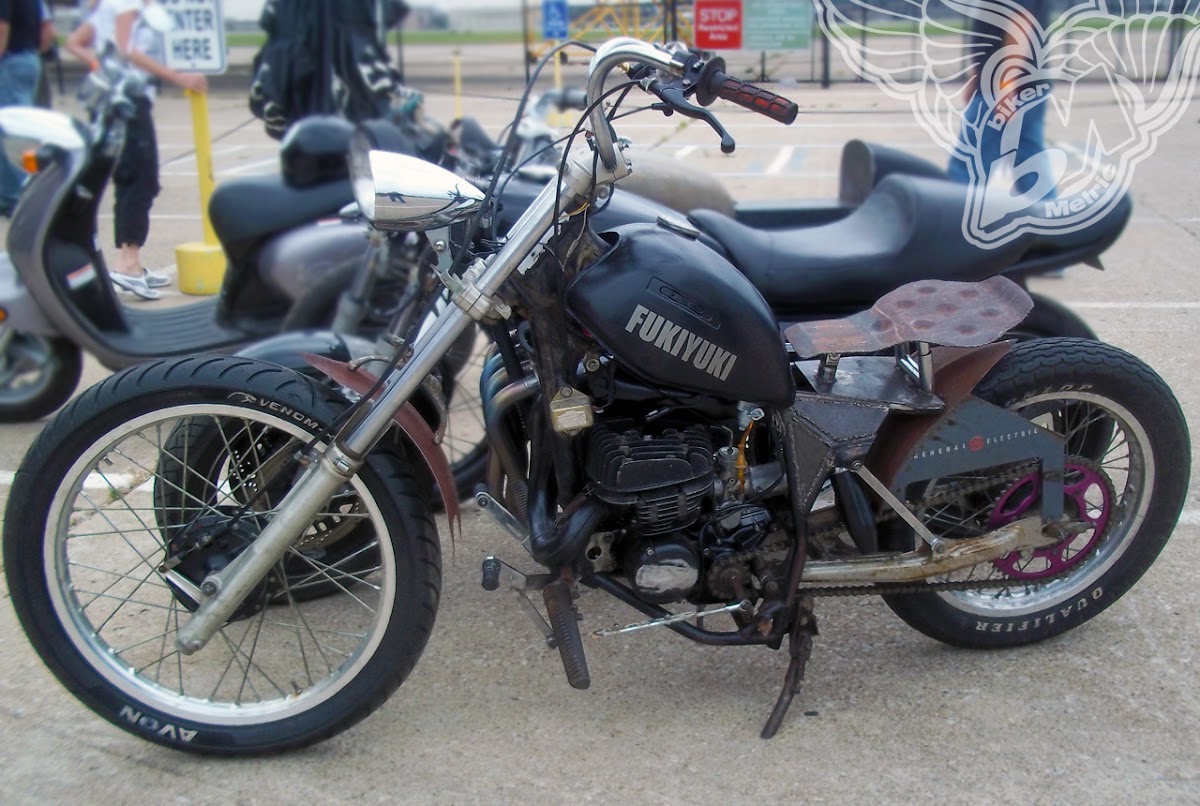 there are a ton of badass details on this little monster with cast iron bits and stuff that was surely ripped from industrial machinery. right-click the photos to see them much larger.

thanks TOOLS and peace out, all you metric madmen. 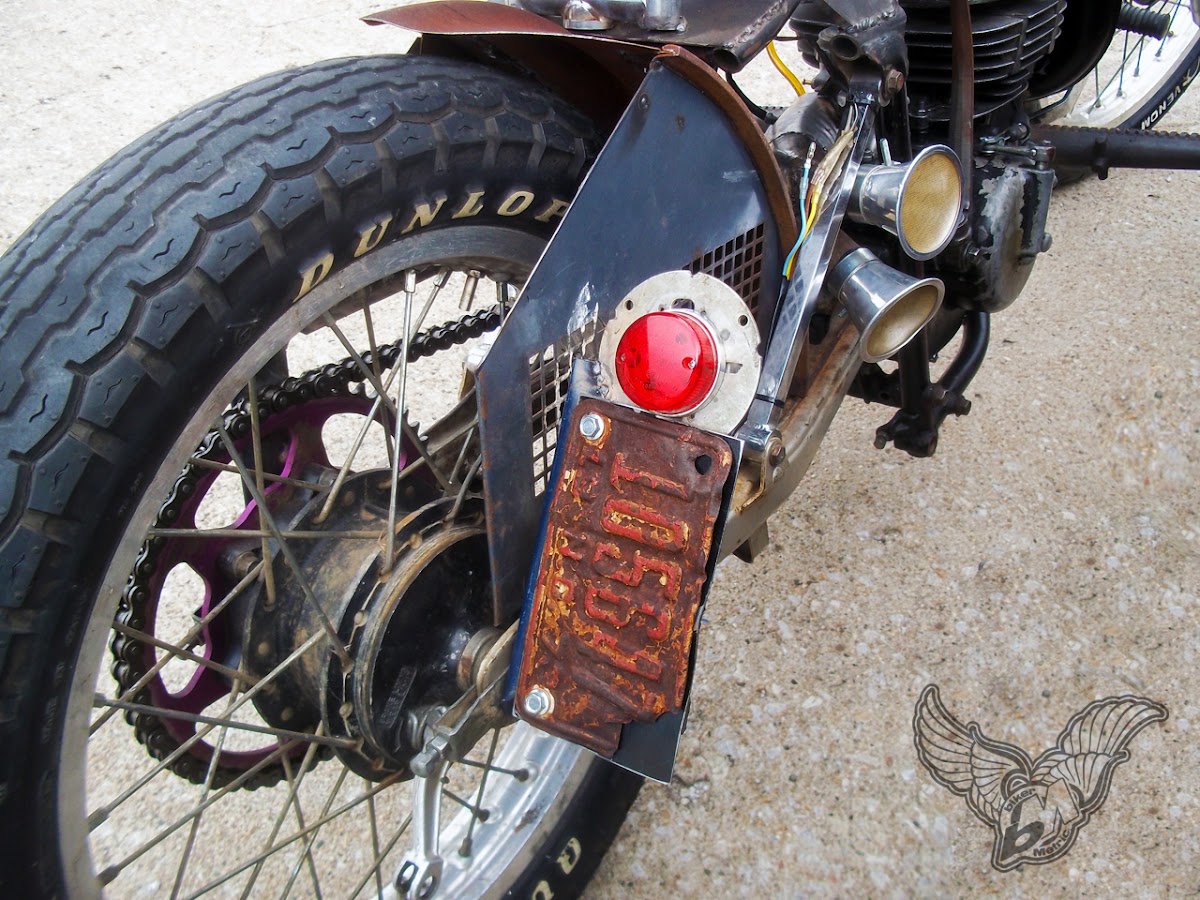 leave a comment if you dig, have an opinion or whatever. i promise to not cream you all as most of you have respect for bikerMetric.

Previous: friday’s post of cool stuff #82: shocking!
Next: the bikerMetric group is now on chop cult