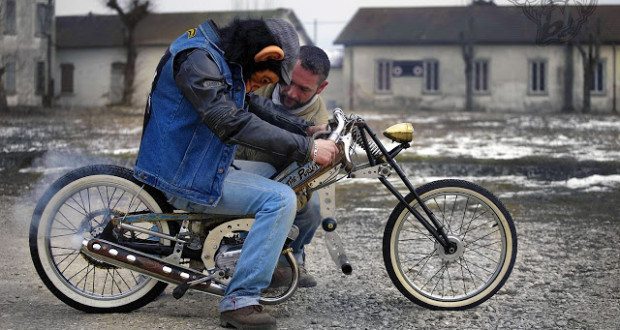 it’s been four months since i discovered this bike and it’s builders, and it was probably the last thing i found on wastebook that was worth a s*it. a malaguti gam16 50cc motor in a madly chopped motobecane frame? not many of those around. 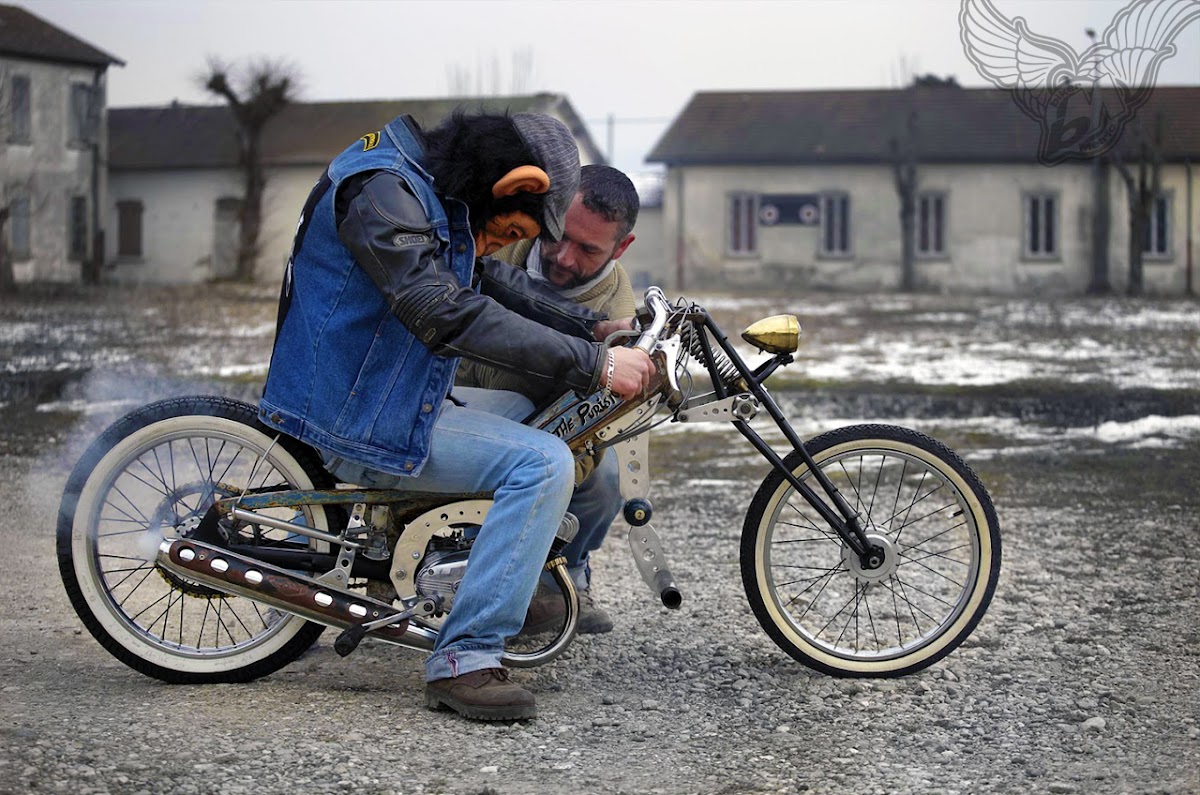 at the time, the guys at frenchmonkeys had a new wordpress blog and one post. now they have many and have built some cool stuff. 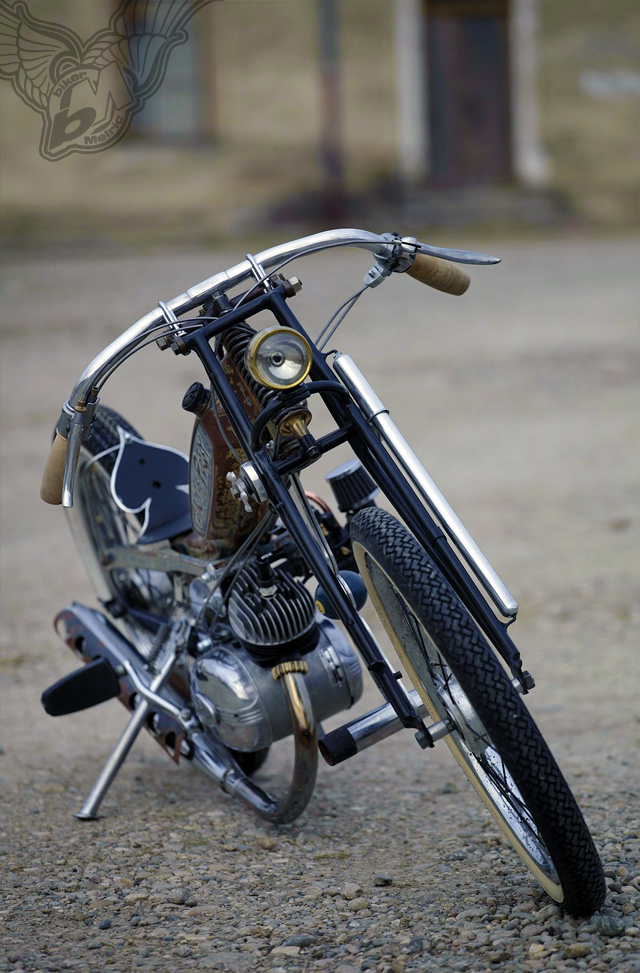 currently, they have an old honda gold wing they are bobbing, as well as a yamaha xs400 and a honda cx500 they are messing with. i hope to be able to profile any or all of these when they’ve been completed. 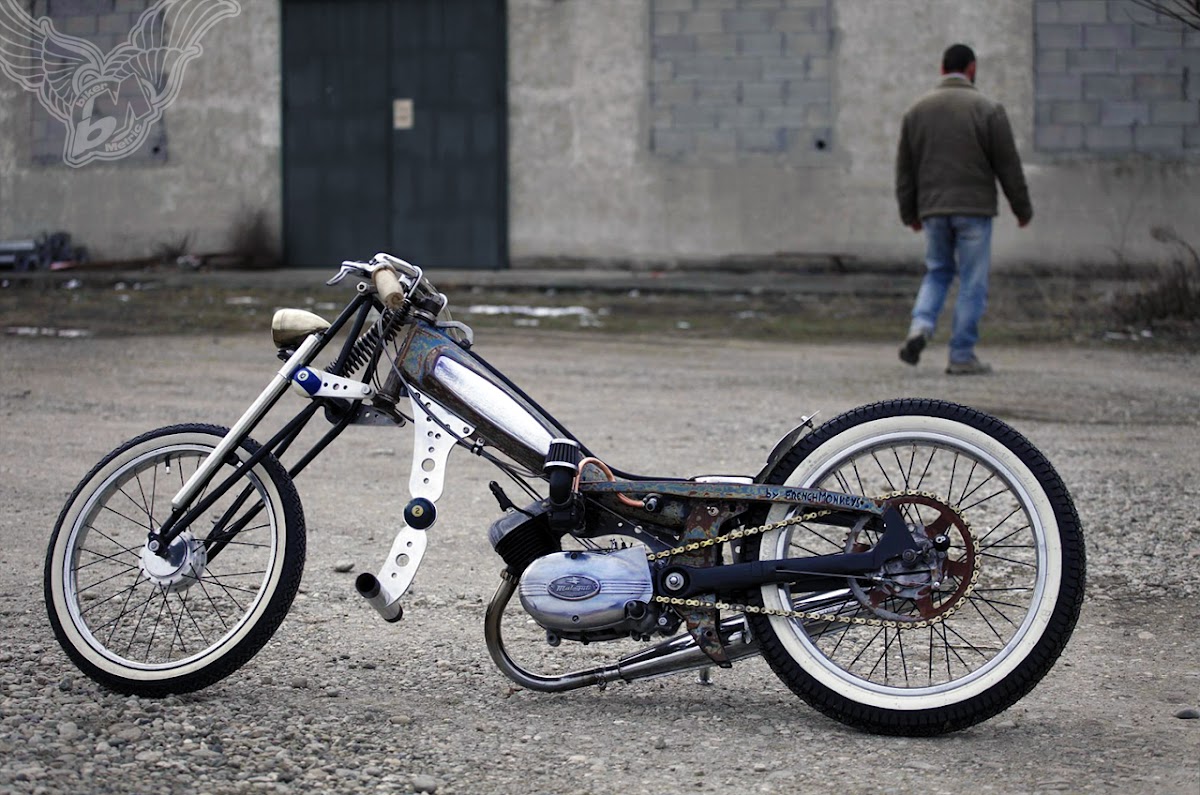 in the meantime, here are new photos of that original moped chopper because, “f*** the purist” cannot be spoken too many times.

check out the frenchmonkeys here. 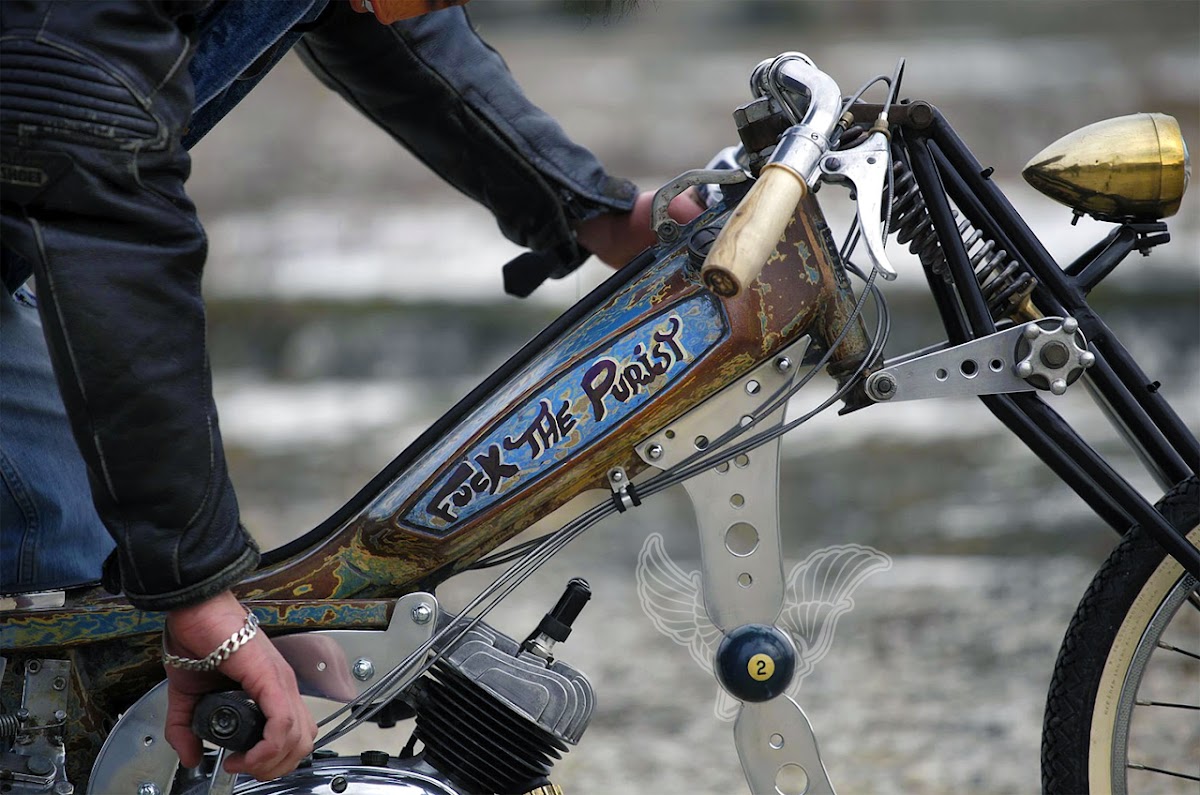 Previous: jason’s xs650 chopper
Next: there was a bug