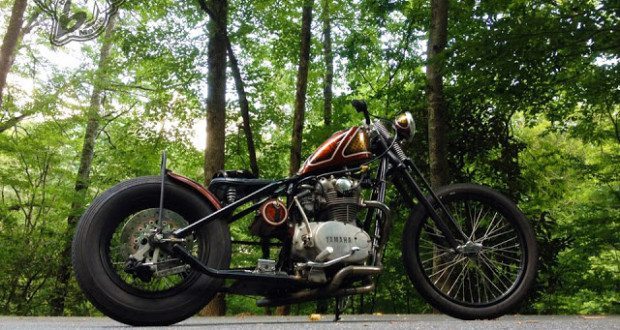 discovered a cool bike on chop cult this week and wrote the builder/owner to see if he’d like to send some pix and info and get a profile here on the mad metric pirate vessel we call brrrrrrgMcmatey’s! it’s the beer that does that. 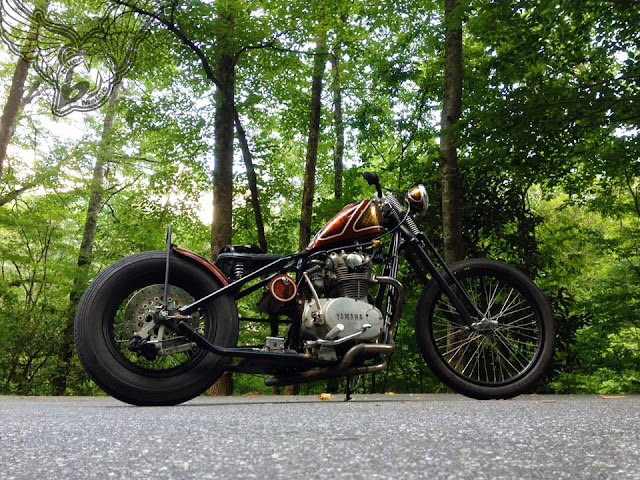 even so, Jason sent some pix, a build list and a relatively personal story about his build. these are his words about this clean Yamaha XS650 chopper:

i got the bike November of 2008 when my buddy loaned me the money to buy it. it was a completely stock bike and was running when i got to the seller’s house so i didn’t ask many questions since i was extremely excited to start building a bike. 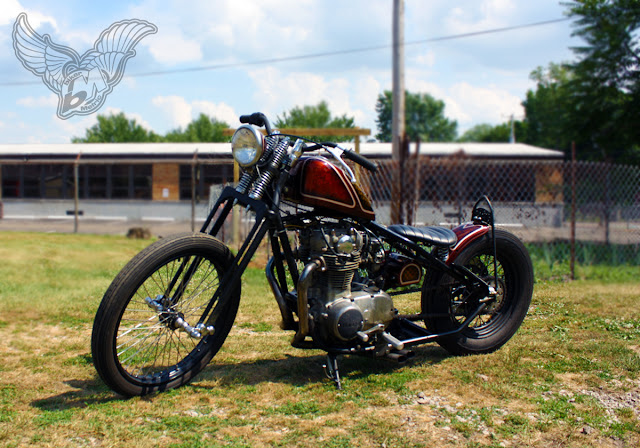 i’d been talking about it for a few years. the bike got started in the shed at my friend’s house before i took it into my basement and completely disassembled it. over the next three and a-half years i worked on it. sometimes i worked on it 30 hours in a week, sometimes it went months without being touched.

my mother got diagnosed with cancer during the build so i moved and rented a house with her to take care of her. during that time i would work on the chopper when i could. my money and time were pretty limited and i didn’t do much with the bike for about a year. 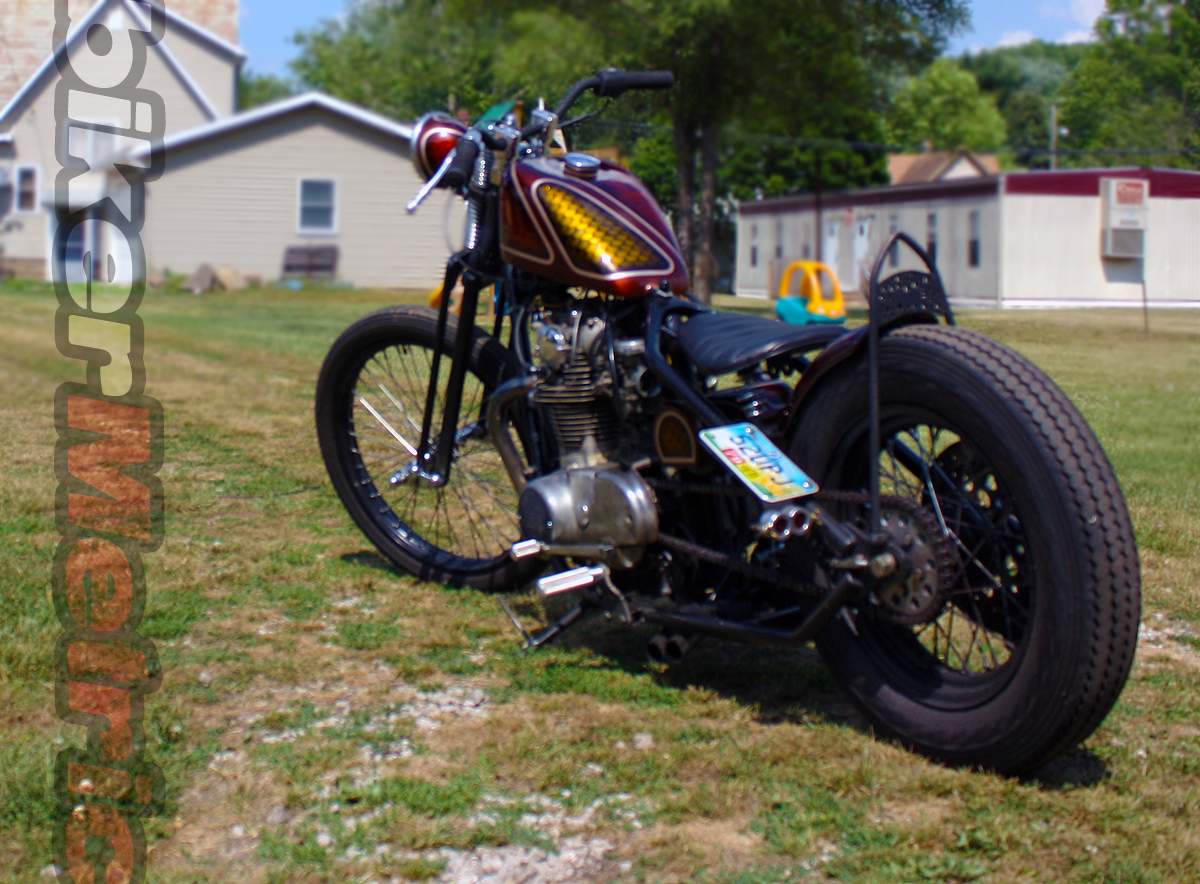 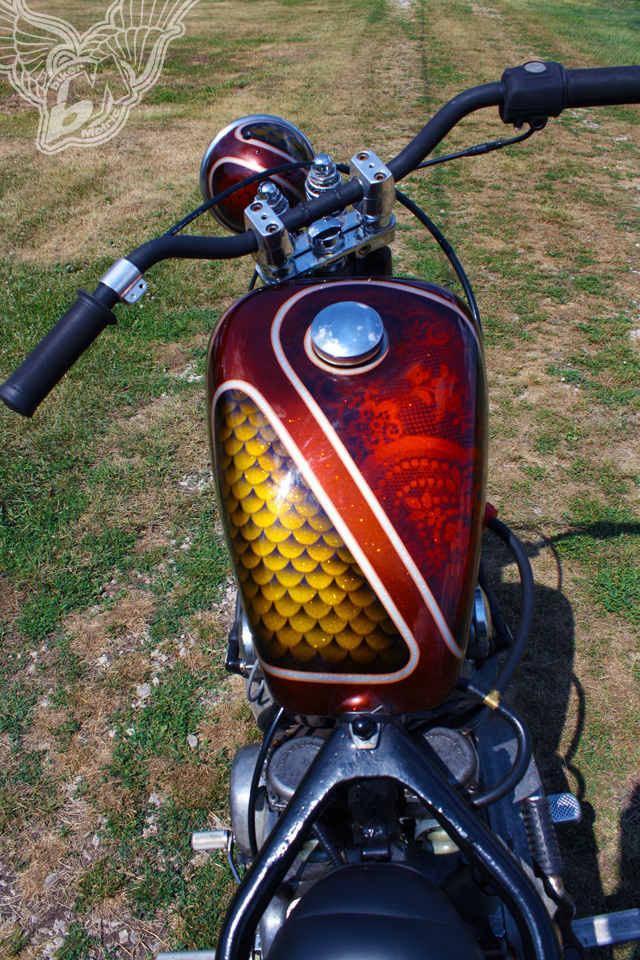 the lace pattern in the paint was actually taken from lace curtains in the house where my mom passed away, so the paint has a lot of sentimental value to me. my fabrication skills and bike knowledge improved profoundly during the long build process. i finished the bike to take it on the 2012 bmr ride literally on the morning the day i was scheduled to leave for the trip. it was started for the first time since i bought it almost four years earlier on a friday and i left for my 1,900-mile trip on monday morning. 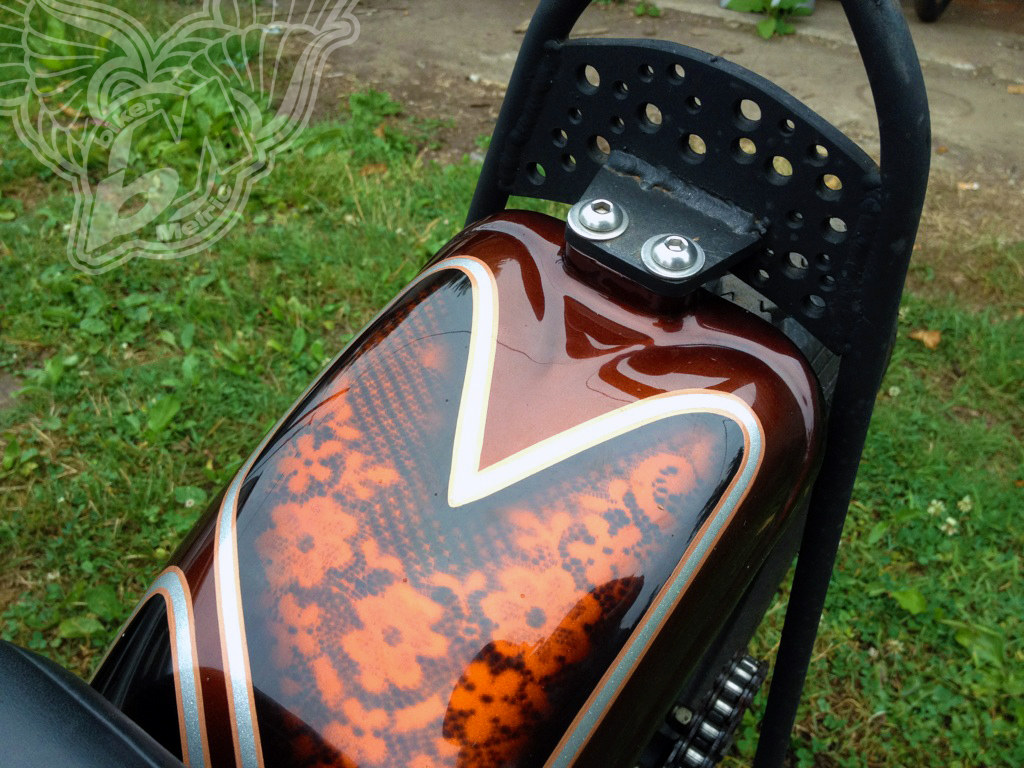 there were a few minor breakdowns during the trip but the motor and all of my parts (aside from an air filter) found their way home with me. 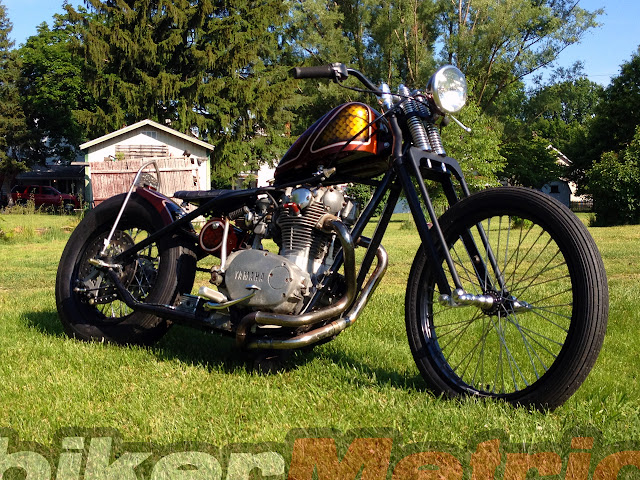 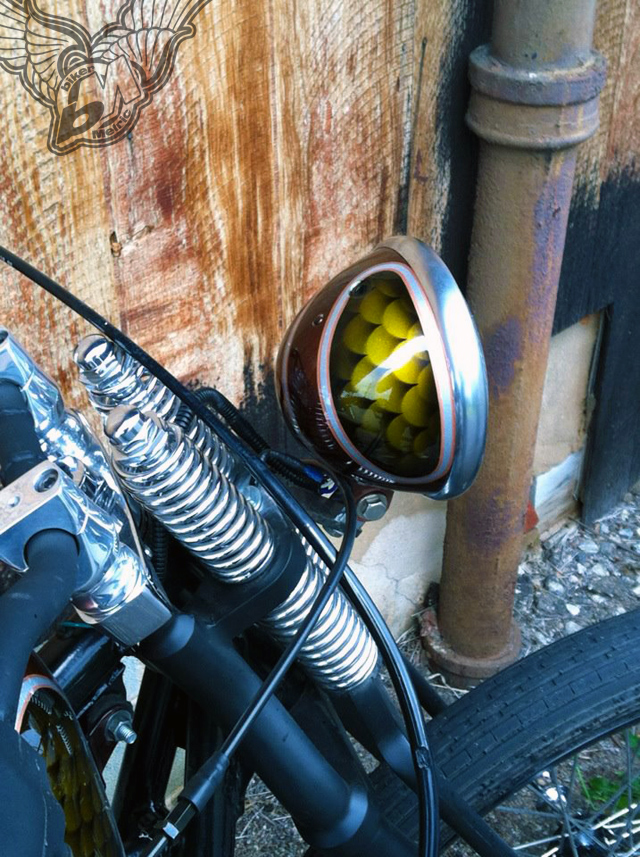 my pleasure, jason. this is a great story of a sweet build. let me know how those dna forks keep working for you but you got a ton of parts from great guys like hugh and kevin. their stuff will last longer than you.

until our demise, drink up, ride on, and *** bless our mothers. what pains in the a** many of us are and/or were. your love for your mom rides with you everywhere you go, ****. thank you for sharing your story. 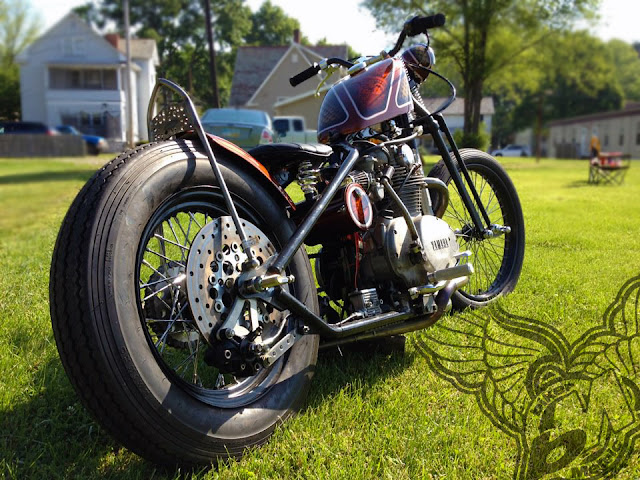