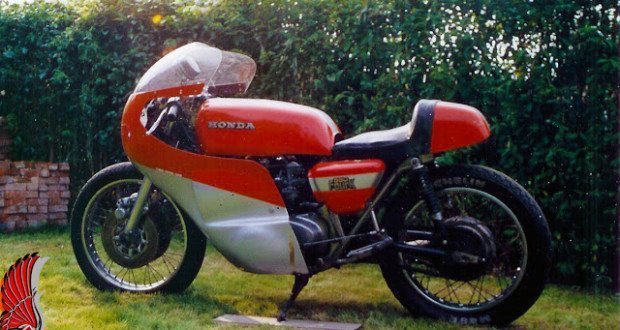 since i put up the little banner on the right calling out for pix and info of your bikes, the reception has been pretty good. bikerMetric has received emails from the likes of lucky monkey, m’s motorcycle, and of course darizt design. today we have a couple of bikes from regular riders like adam cockburn.

the first is a honda cb550k3 in racing trim once owned by koen vereecken. yes, once owned. he sold it because he’s a spy and like all spies, they regret what they’ve done. according to koen, he will be “sorry for selling it for the rest of my life.” ******. 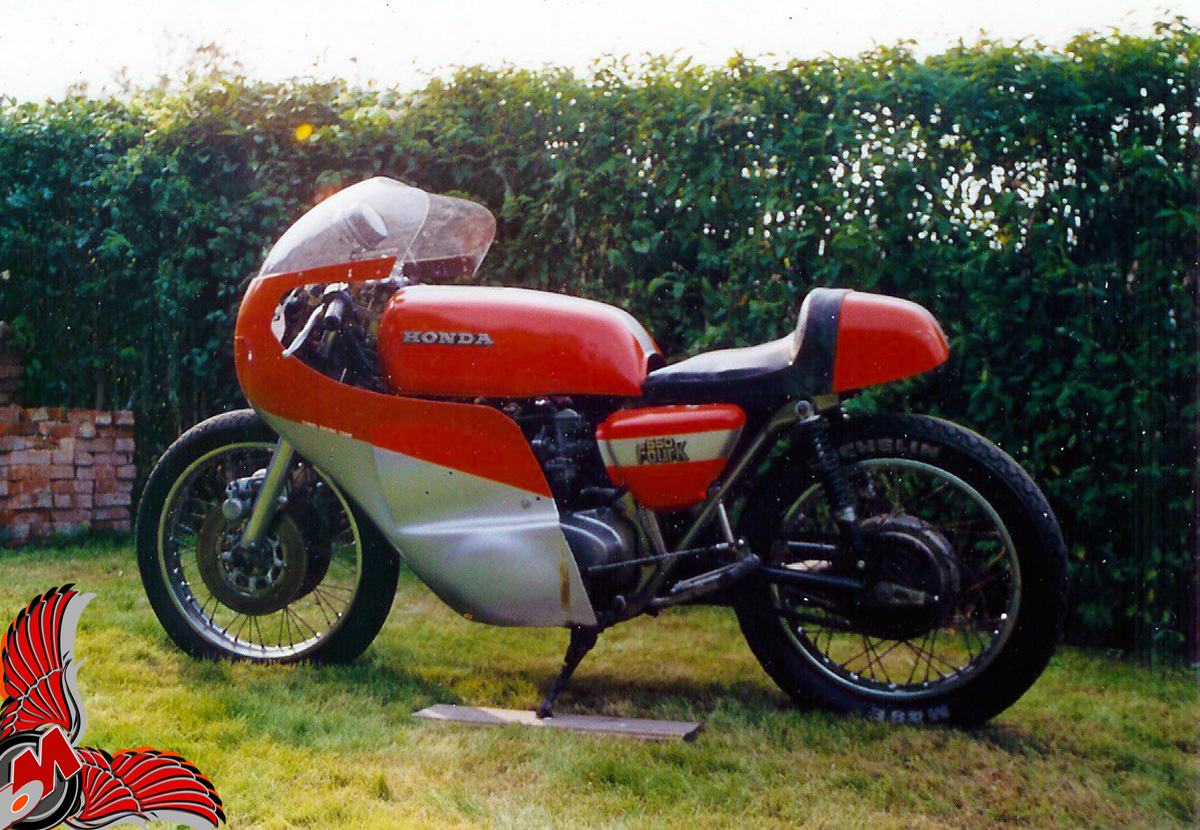 he now rides a ducati 900ss. what a poser. guess he and chris flechtner can co clubbing now. thanks for sending in the photo of your killer old cb550, man. have a safe trip to india and nepal. and nathan, if he shows up in your bar, hook him up, mister. i sent him your way.

next is a regular joe with a regular bike. nothing fancy and nothing hard. it’s his daily rider and he digs it. meet jesse collin from new britain, connecticut and his 1986 suzuki intruder. 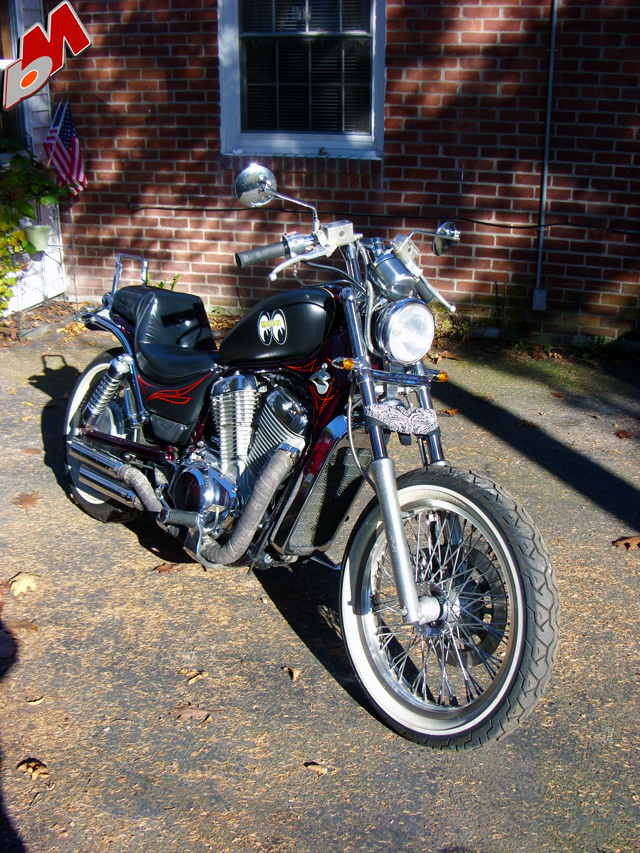 according to jesse, it’s a work-in-progress and his dad and he did all the work. so far it’s mostly all bolt-on parts like risers, handlebars, turn signals and exhaust wrap. jesse also painted the tank and side covers and is in the beginning stages of starting up a pinstriping business. he also took the mustang seat that was on it and trimmed down the foam and recovered it himself.

this is how most guys start and i’m honored to get bikes like this to put on these pages. not everyone has a rad custom for numerous reasons and you’re not a poser if you don’t. most guys have more regular rides and that’s cool. i’ve met great dudes and f***ing a**holes on every kind of bike.

good luck with your new biz, jesse. hit us up on facebook when you get a chance. 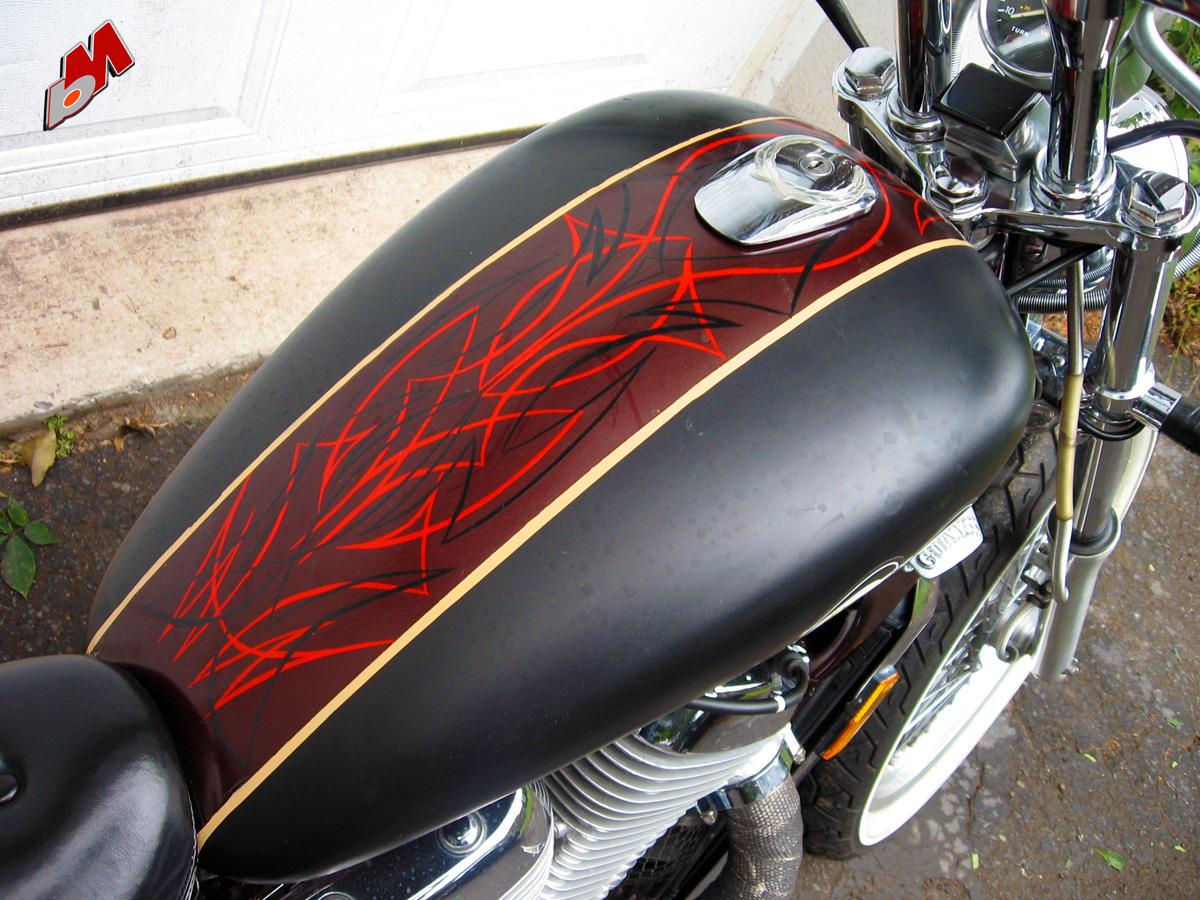 Previous: nothing to see here. move on.
Next: the indescribable hillbillyness of some people