got an email from uyvi from oregon of his honda cm400t cafe/fighter/thrasher. he sent a nice photo of his bike and wrote, “love the blog, trent. keeps me going.” thanks, man.

he studied art in college and says he’s “just smashing the buildings for work,” while hoping to make a difference as a painter some day.

shoot me your s**t, man. if it doesn’t suck, i’d be very happy to share some of your work.

about the bike; uyvi bought it from a guy for 300 bucks in central oregon and then put about another $250 into it, so you’re looking at a $550 daily rider here, mofos. 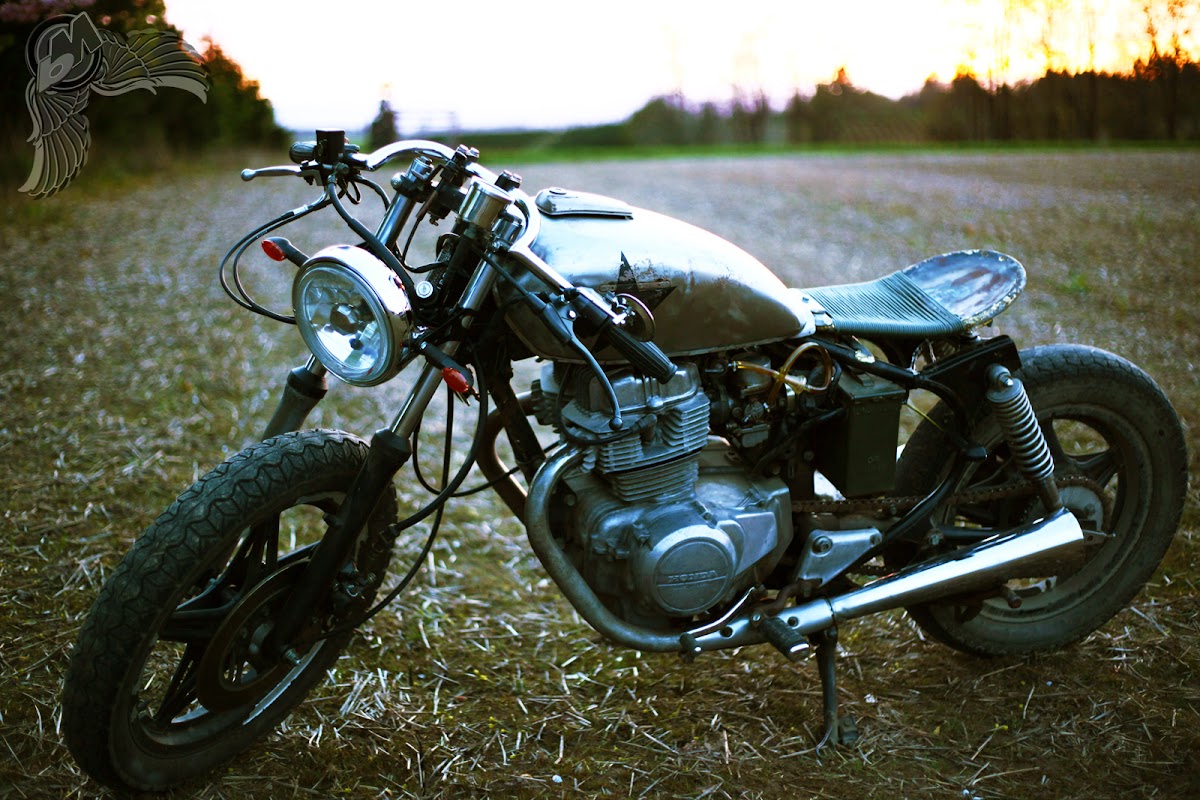 first, he gutted the air filter compartment and replaced the space with an ammo box that fit the battery and electrical components nicely. then he chopped the tail and made a seat with home depot material and wrapped it with paracord for “cushion.”

at this point, uyvi sanded the tank down to bare metal and painted a black star on one side. he figures maybe he’ll stencil a chimp holding a fuel muzzle on the other side. headlamps and other small components were bought online. the clubman came from speed moto co. in eugene. he bought other inexpensive parts from vietnam, where i believe he visits every so often. it was where he scored the brake caliper and taillight. uyvi tells me it was a fun build, and his first. even so, he went through a lot of frustration figuring out how to get some parts to work but it came together to his liking.

you can find uyvi riding it around the outskirts of portland, tearing up corners and taking in scenic views. to him, this garage built cm400 is a response to the magnitude of injustice and indifference he sees.

his next build will be a bmw r100 he’s going to morph into a cafe racer if he could get the tools to do it right….

here’s to great success in that endeavor, uyvi!