jake howard sent some nice photos of his pretty blue 1967 honda cl90. back then they were called “scramblers.” i like that better than “trackers.” one sounds like breakfast, and the other like a bounty hunter. 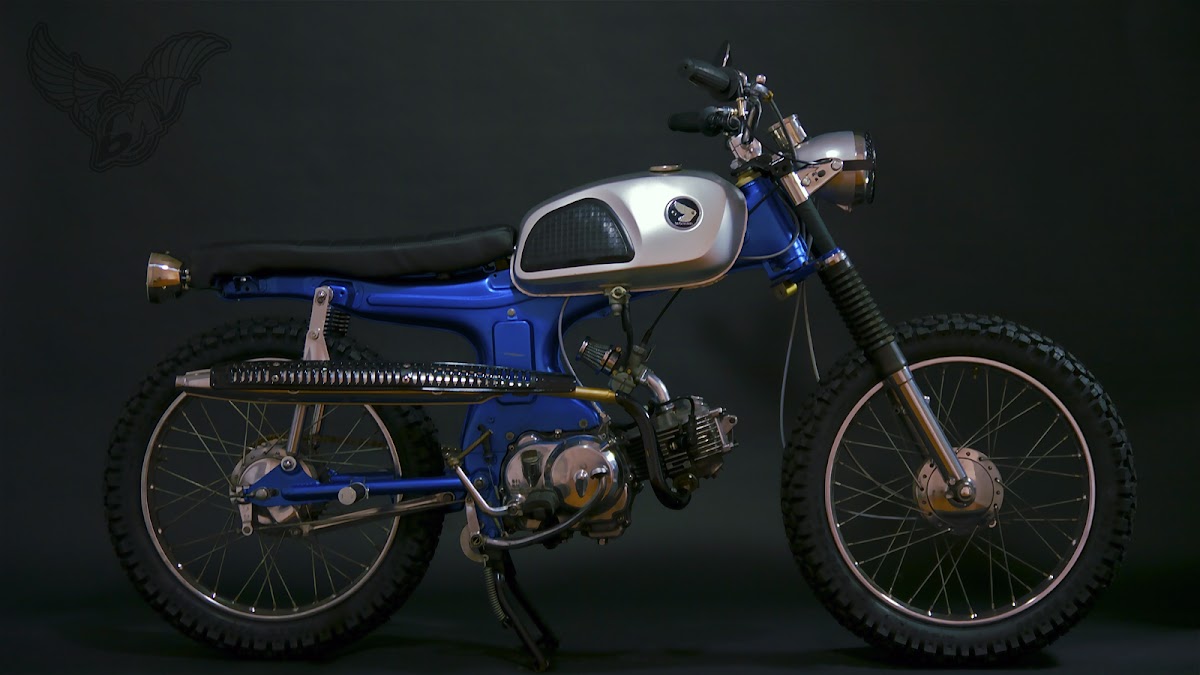 the cl90 was a four-stroke 90cc overhead cam bike built between 1967 and 1969. the literature of the day implied some off-road capability prior to the popularity of dirt bikes but these were made as street bikes. curb-hopping street bikes. 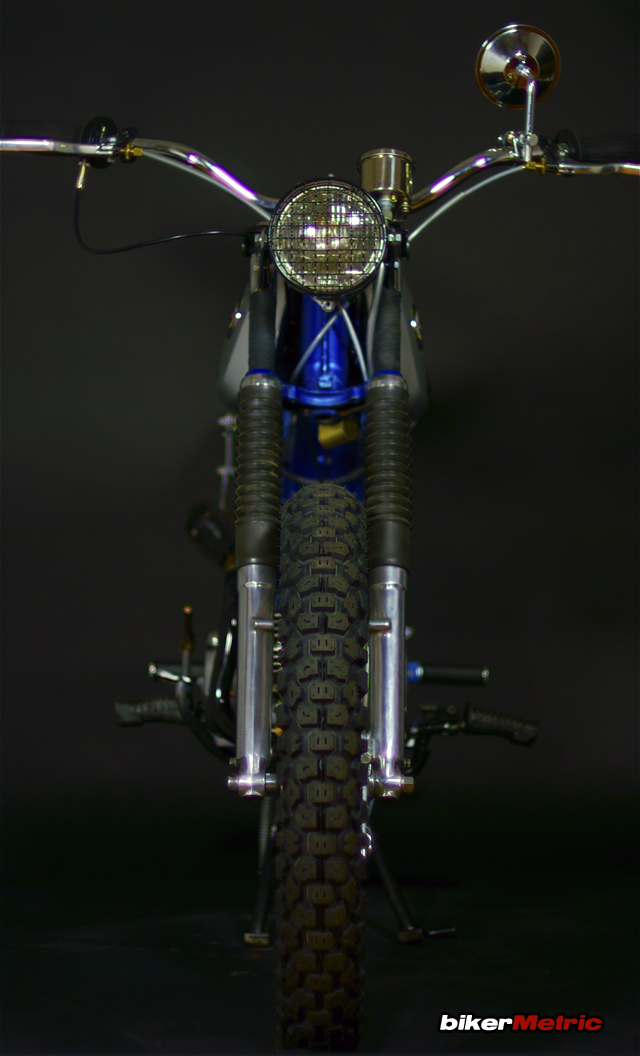 jake found the bike in the desert outside twenty-nine palms for $200.

when this bike was being built, jake was an apartment manager in downtown los angeles and was building the bike out of vacant apartment units. whenever he’d rent the apartment he was working in, he’d simply move his “shop” into another vacant apartment. once he turned a walk-in closest into a spray booth. 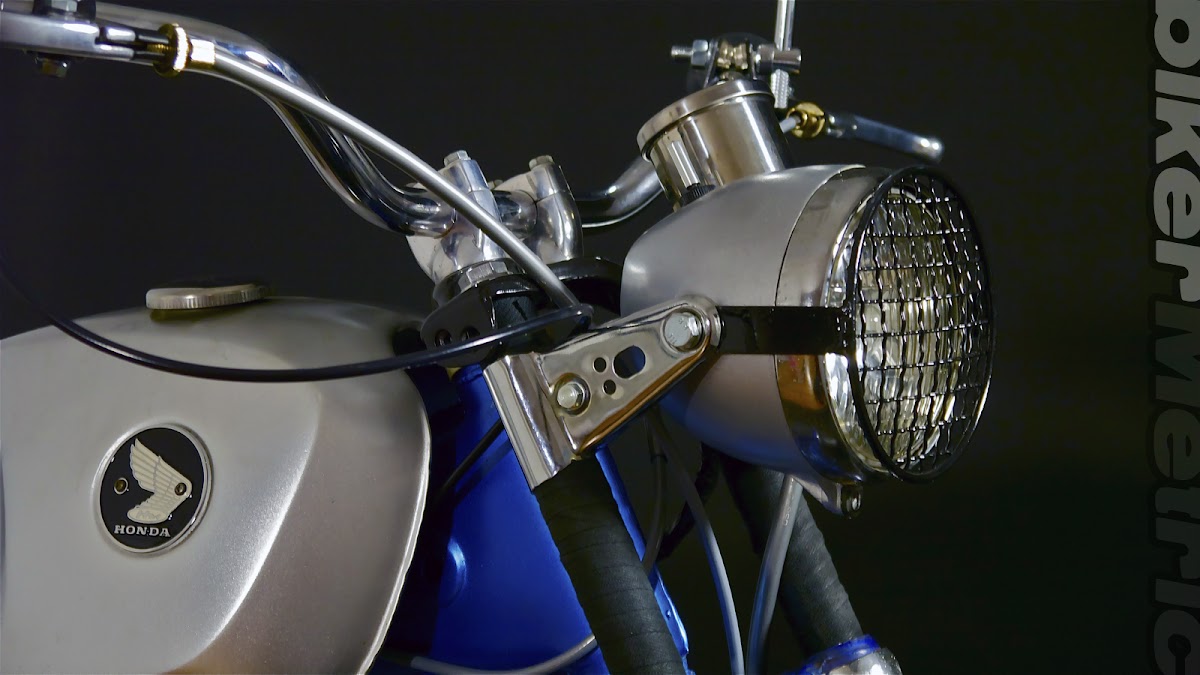 he has a few bikes he is currently building, including his current project, a 1980 kawasaki kz750 twin. after that he has a yamaha xt600 and 1964 honda cb77 superhawk.

jake seems to have a tough time being monogamous too long with his motorcycles; he builds them, rides them, sells them, and repeats it over again like shampoo directions.

he is currently working out of a tool shed in his parking space on the west side of l.a. where he says “it’s pricey.” if any of you socal mofos have a little shop space he can rent from you, shoot jake an email at jacobfchoward at gmail dot com.

check out his blog at motozephyr for more stuff. 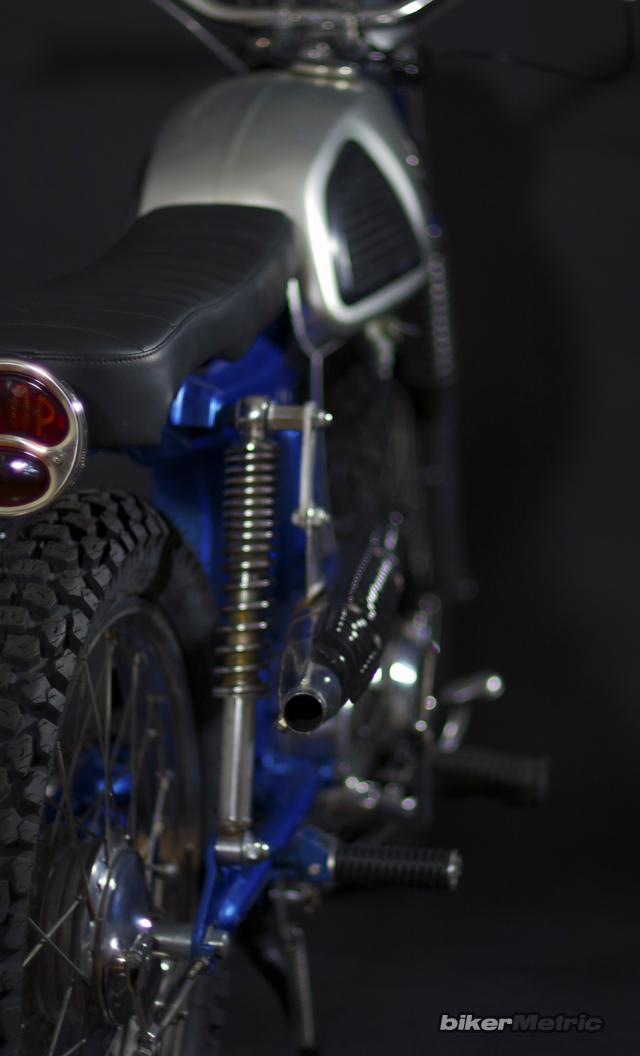