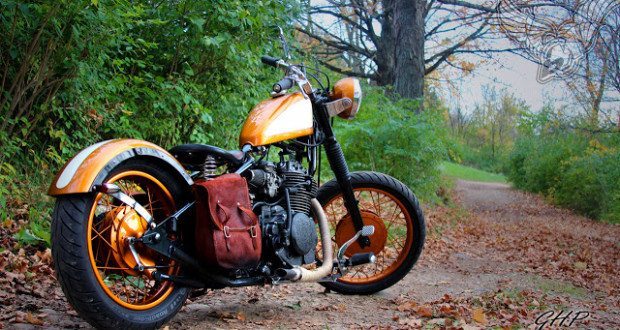 george is a 43 year old dude from dublin, ohio and he built this kick *** 1981 yamaha xs400 bobber with a little help from his friends. george wrote that he is a custom painter for a large car manufacturer. i’m gonna guess it’s honda since they have a plant in his town. 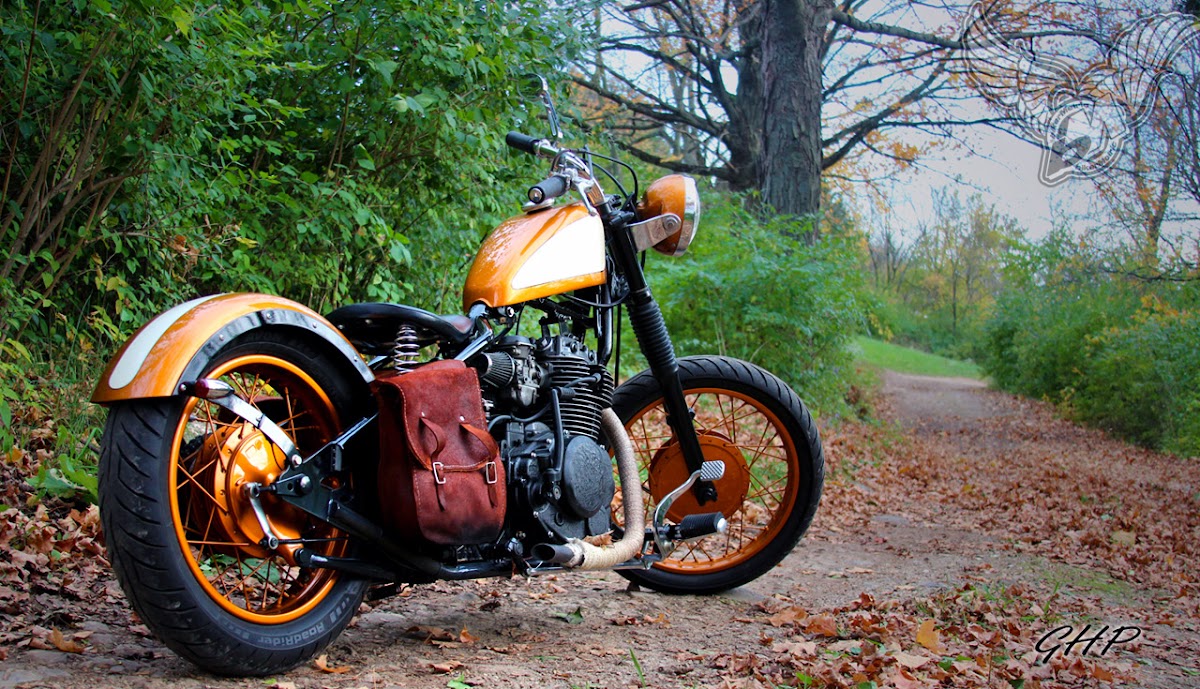 as he tells it, george bought this bike and it had the rear hardtail done but the work was so bad he cut the entire thing off and completey refinished it. his good friend micheal patrick did the bending and welding and made many custom parts with a laser cutter. one of the major mods is how they modified the downtube so the exhaust could curve out freely. they cut out the double cradle down tubes and moved them together, making one towntube at the point the exhaust tubes move past the frame. 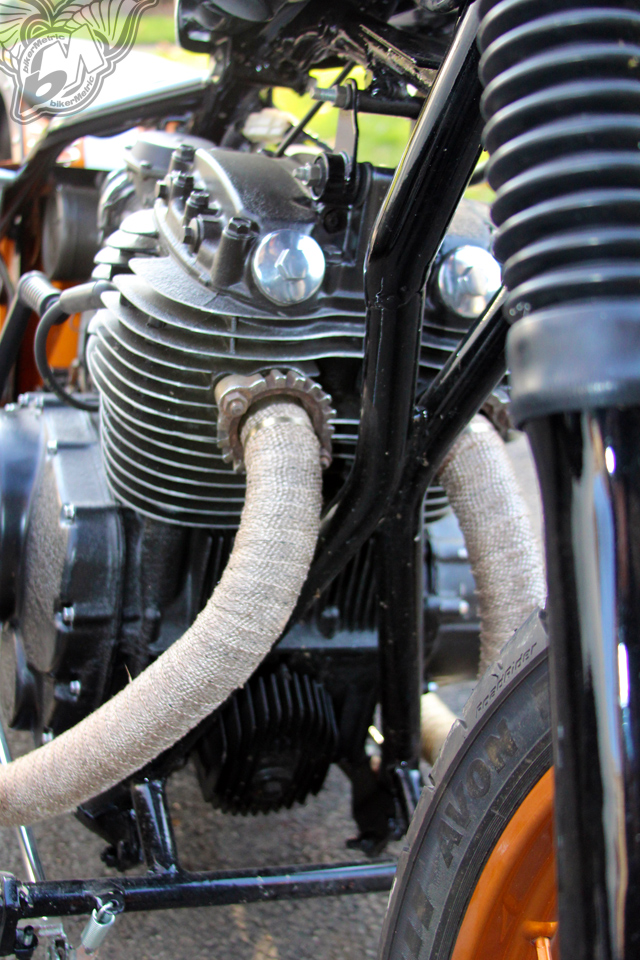 the bike has a six inch stretch, a peanut tank, three inch billet aluminum risers, one inch drag bars, forward controls, wrapped exhaust, and some old saddle bags that george picked up at a swap meet.

the rear fender is off a harley toad king. no, that isn’t a typo. i’m having fun. they cut the sides off and changed the radius to match the 16 inch rear wheel.

george painted the frame with ppg black and the tins and wheels with candy copper mixed with an off-white pearl. then he pinstripped it in black. he blacked out the motor with some crinkle paint and shaved the sides of the fins on the heads, even doing a little polishing on a few pieces and adding some small led lights for the runners and small chrome bullets for the rear. 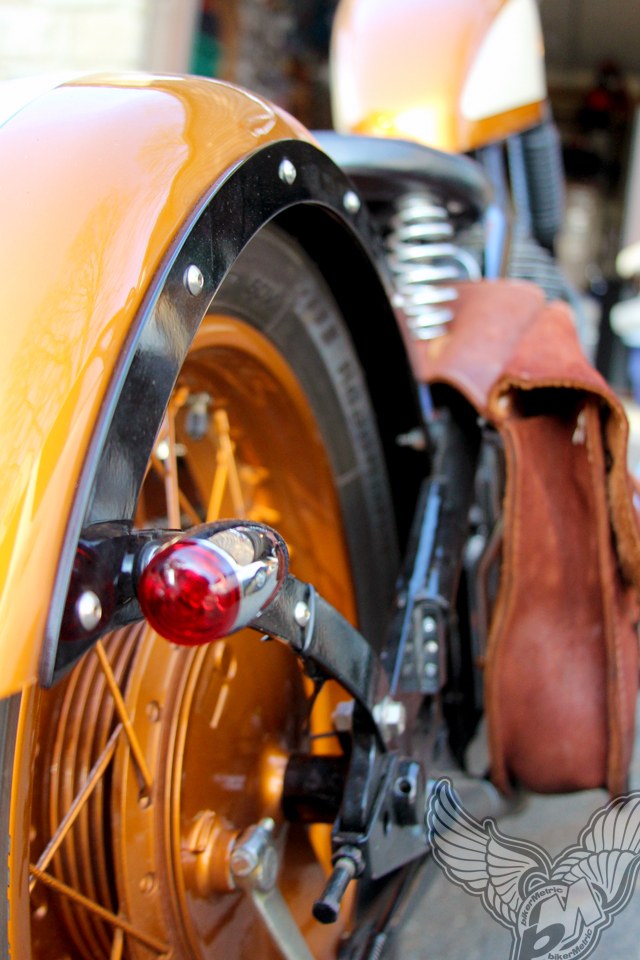 according to george, “this thing has been a blast to ride and i get comments wherever i go.” he also says he has to be careful because of the low ground clearance but it gives it a cool look. i bet those pegs scrape like a motherf***er. “take that, road!” he also says that nobody knows what this is. stupid harley riders. they know nothing about so much. 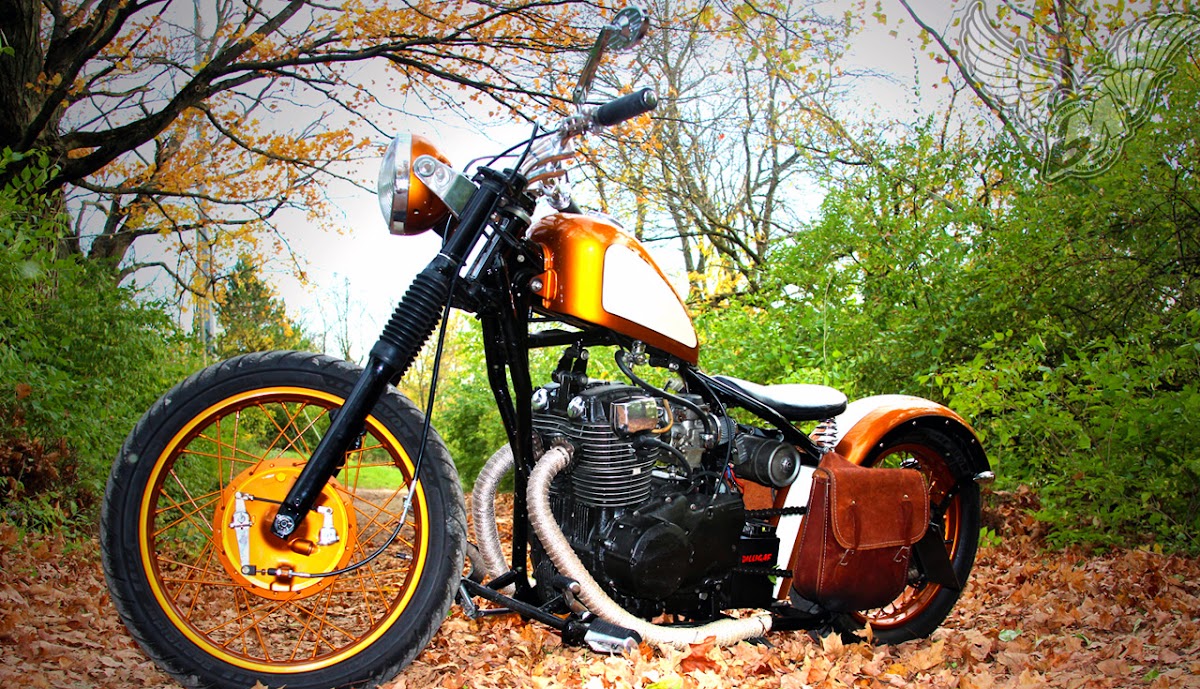 george digs his first garage-built custom metric bobber and looks forward to building another someday. he’d like to give some major props to his good friend micheal and the patience of his wife while he was out all those late nights. he thinks she likes it more than he does.

i wouldn’t doubt that. a proper woman appreciates a man with creativity and mechanical skills. 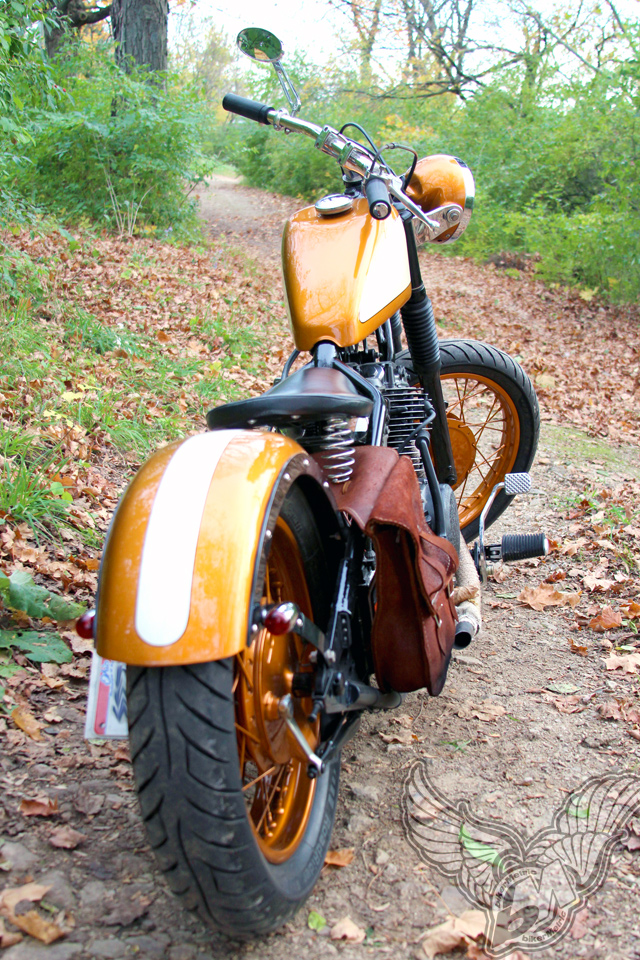 Previous: a letter to jesse james:
Next: the famous jump from the great escape re-enacted