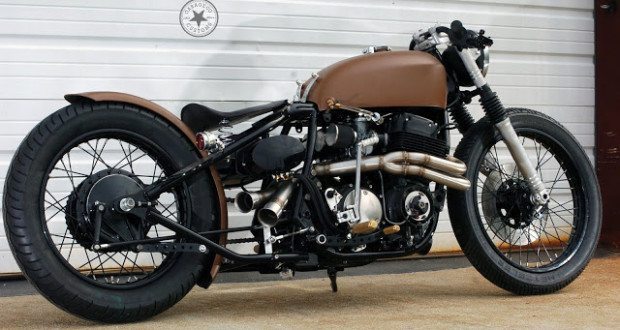 There are dudes in Alabama building some hardcore bobbers and choppers with metric motors called Garage Company Customs, Inc. They made me put down my beer when I saw their XS650 build, the Flat Cracker. It was one of those bikes you stare at and Google to find more pics. I emailed them to see if they’d be interested in getting pimped on bikerMetric and the main man, Larry Pierce, replied, “that sounds great.” We wrote back and forth for a while, struggling with photo attachments and getting everything straight. In the end, we prevailed. This is the result:

bM: When I first discovered you guys, it was by finding your brown clubman CB750 bobber/cafe racer with the TC Bros. hardtail. I loved the details like the 4-into-2 cone-end exhaust through the frame. Please tell us about that bike. How easy is it to kick start?

LP: It’s a ’75 CB750 SOHC. The customer wanted it hard tailed but still wanted the cafe look, so we used the stock tank and ran the clubman bars. It starts really easy, usually on the second or third kick. I hate computers and they hate me! Let me know if this comes through. 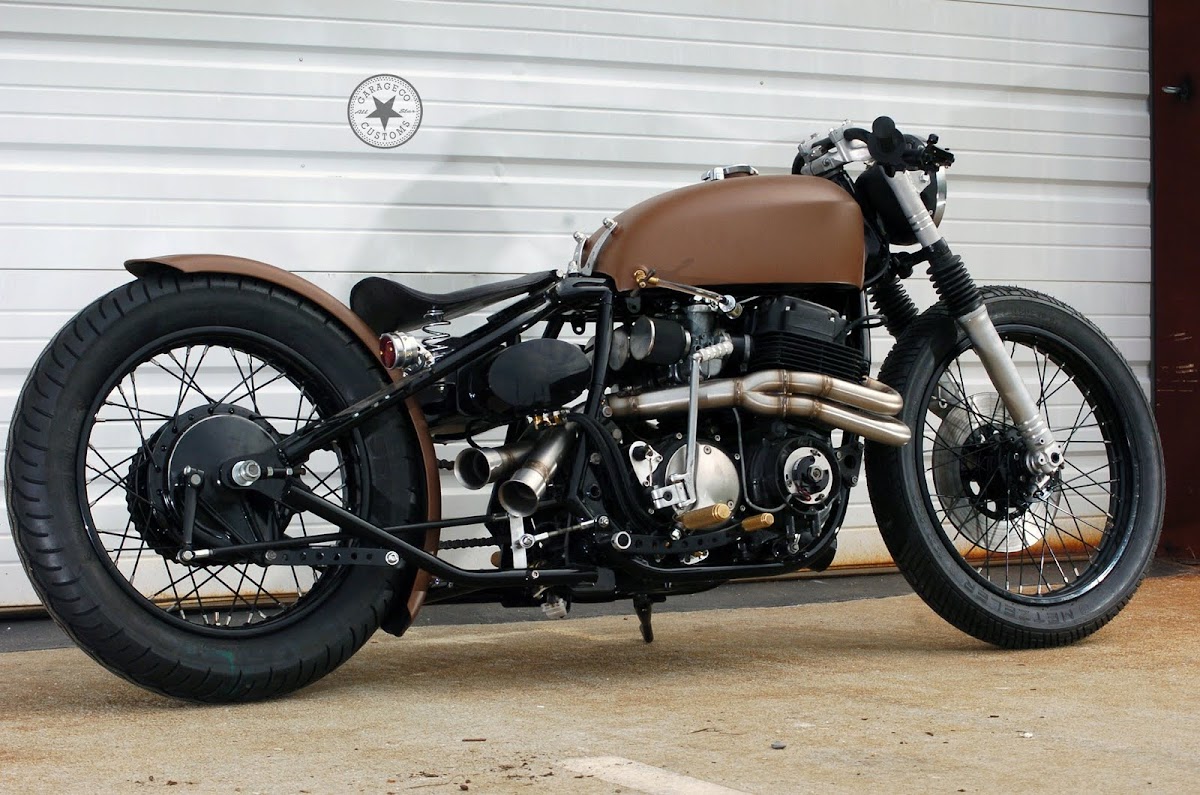 bM: Don’t worry, man. As for computers, I know a few other builders who have recently had their hard drives crash in the past two weeks, and I was finally forced to buy a new laptop because my old one had become a curse machine. Turn it on, and the cursing wouldn’t stop. Have I told you that Microsoft is a big f***ing piece of sh*t?

Anyway, You guys are a full-service mechanical shop as well as offering bike sales and one-off, frame-up builds. How intensely do you get into the engines and transmissions of the customs you build?

LP: It really depends on what the condition of the bike is when we start. This bike was actually picked up from a junkyard. We did a complete rebuild from the bottom up on this one. Everything was put back stock for the sake of reliability.

bM: How did you get into building custom metric bobbers and choppers?

LP: We’ve always been into affordable bikes that the real working man can afford. Plus it’s a lot easier to build something that is different that no one has seen with *** stuff. A lot of folks are stuck on American bikes. 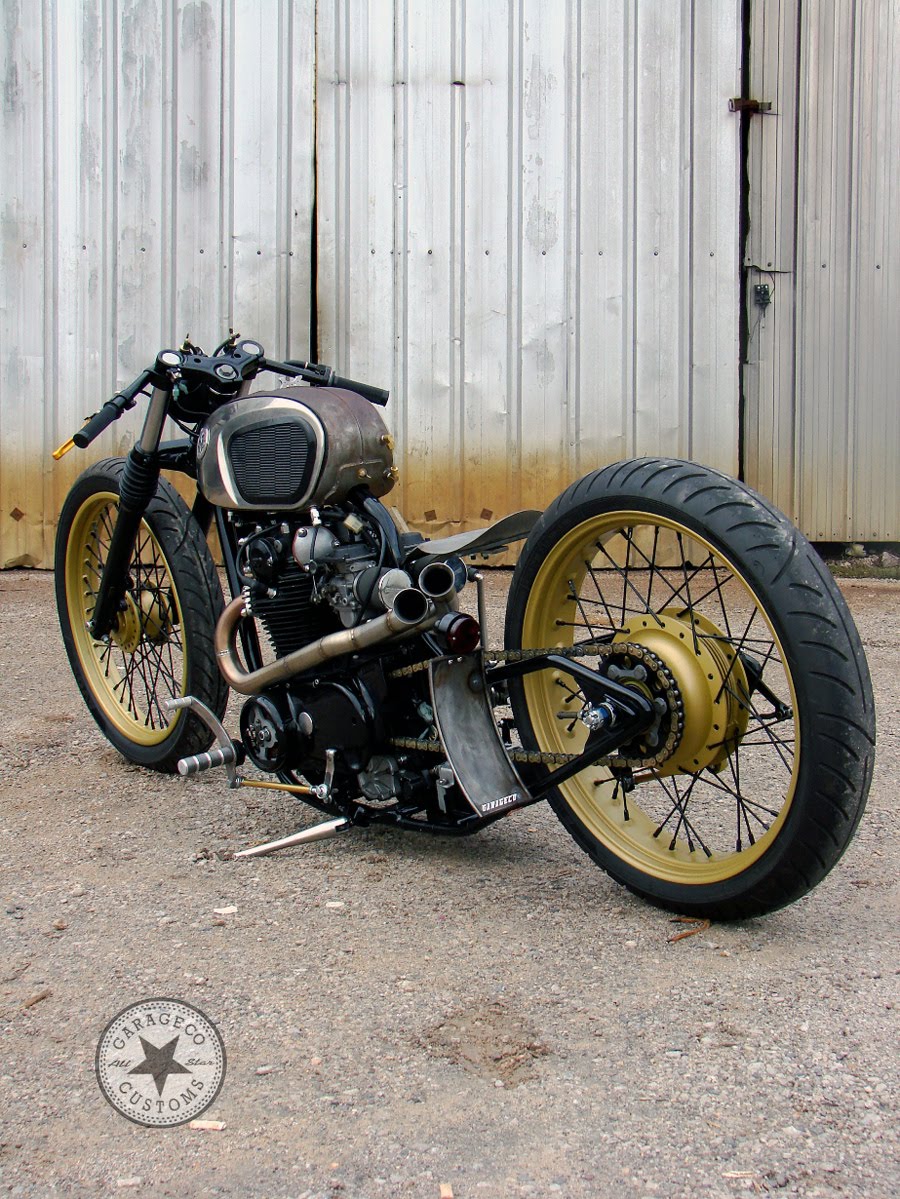 bM: F**k yeah, man. Your tight XS build, the Flat Cracker, is pretty raw compared to your other builds. It totally looks like a garage-built bike. From what I understand, when you first found the donor, the motor had been painted while fully assembled, with bolts and spark plugs in it and it came inside a straight-leg rigid frame. You cut up the *** and set the seat on a leaf spring.

LP: The seat is actually a lot more comfortable than it looks. The leaf spring was re-arched so that you would get a nice bit of flex. Yeah, I picked this thing up off of eBay. It originally had a twenty-over girder front end and straight leg frame, and yes the motor had been powder coated while fully assembled with spark plugs and plug wires attached. Obviously the cat who was building this thing had no business doing so. I believe we may have saved his life by buying it. He surely would have died on it.

bM: Did you make any mods to the motor and how much does the bike weigh?

LP: No mods on the motor. We rebuilt it to stock specs. It probably weighs around 350 pounds, give or take. 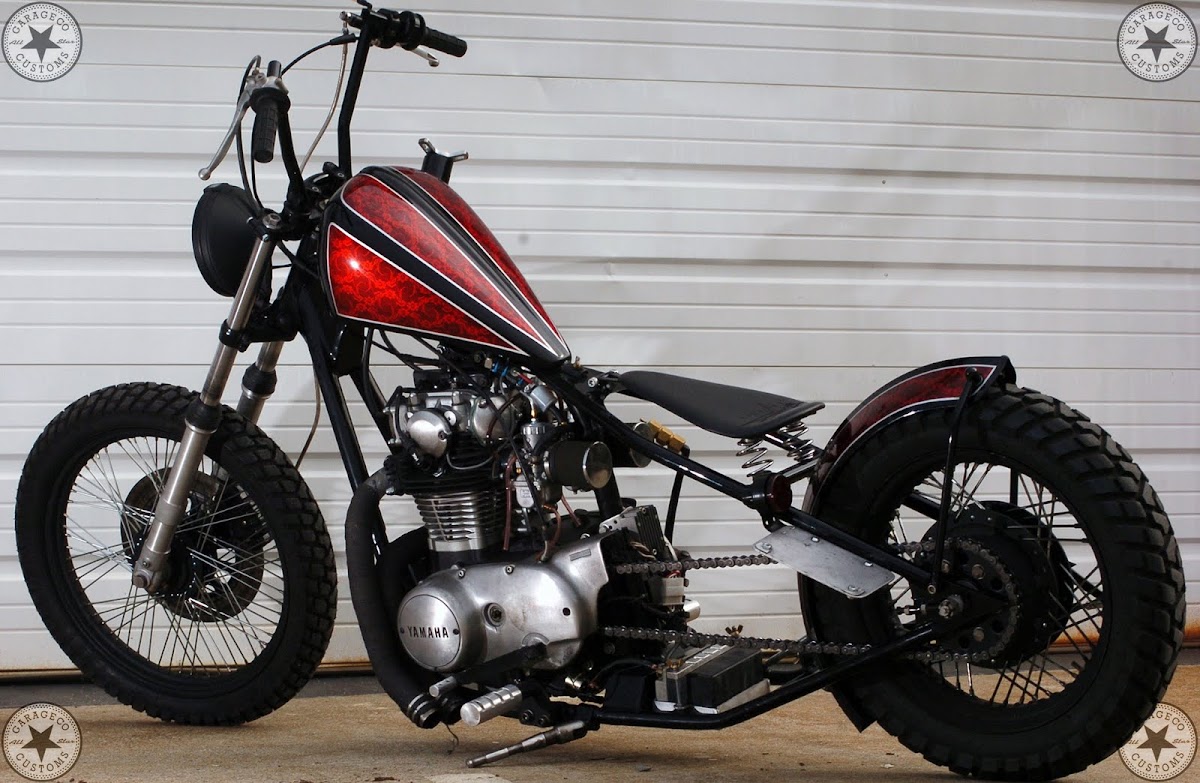 bM: Please tell us about your next metric project.

LP: Well, were about to start on another XS650 for my girlfriend. It’s gonna have a similar frame to the Cracker but that’s about it. Oh yeah, we’re actually building a ’74 CB450 twin right now. You don’t see many cafe bikes with a flaked fade paint job and Invader wheels. It should really **** off the traditional cafe racer guys. It will be rad!

bM: I bet it will be. What is your favorite beer and when is a good time for one?

LP: I don’t drink much beer, more of a liquor guy. Best time for a drink? After a long day at the shop.

bM: Not a beer guy? Well I never! I’ll let you get away with it because the paint job on this killer red Yamaha XS650 chopper is supreme. But next time, I’m treating you to an Abita Abbey Ale. You can treat me to a shot of whiskey.

Click these photos, folks. Larry sent some big ones and you can see a lot of detail in them.

Thanks for the pix and the info, Larry. We appreciate the time and effort you put into letting everybody know more about you and Garage Company Customs. 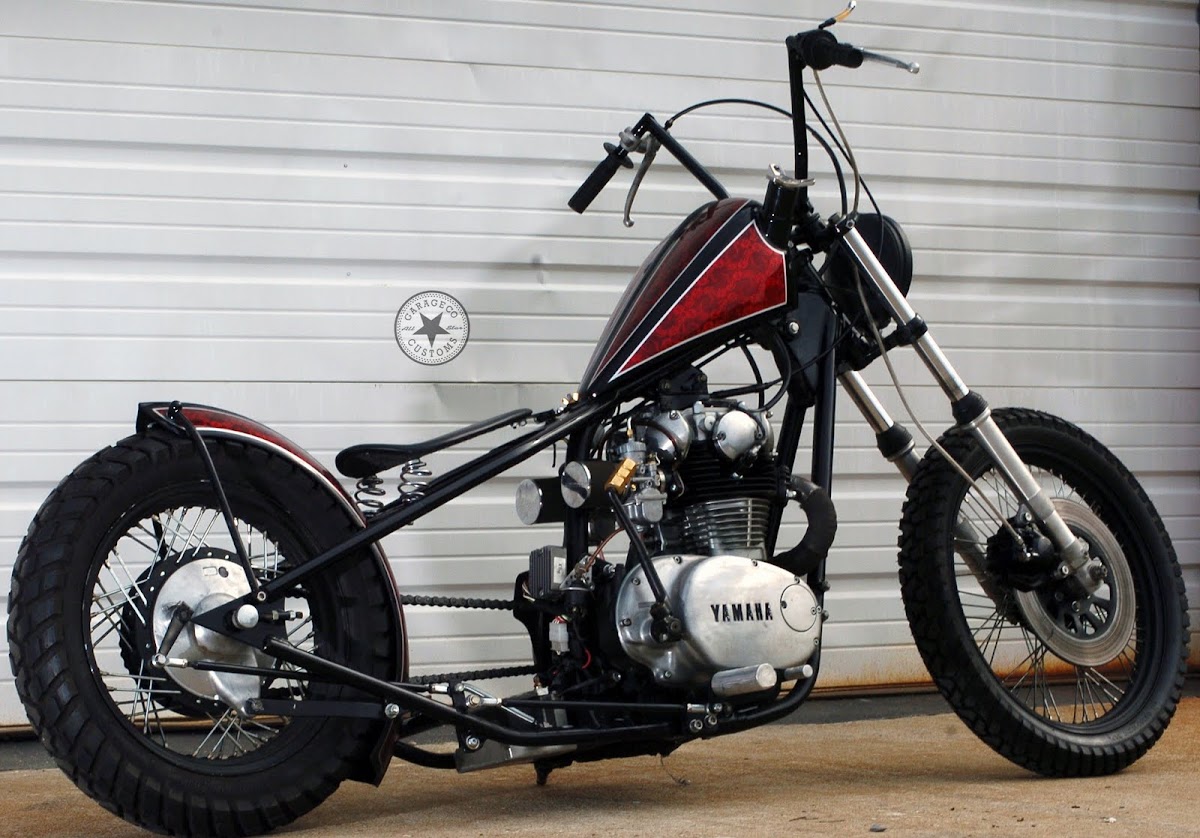