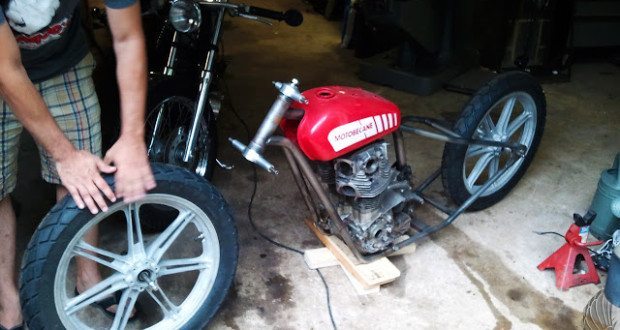 visiting hugh owings in really f***ing charming asheville, north carolina yesterday. he talks a bit about the basic dynamics and mechanics of yamaha xs650 re-phased cranks in the 2.5 minute-long video below.

we bulls***ted about bikes and he showed us his latest xs650 chopper with his hand made frame, notched stock wheels, motobecane tank, souped-up and re-phased motor (not in the pic below but on a shelf), and more. 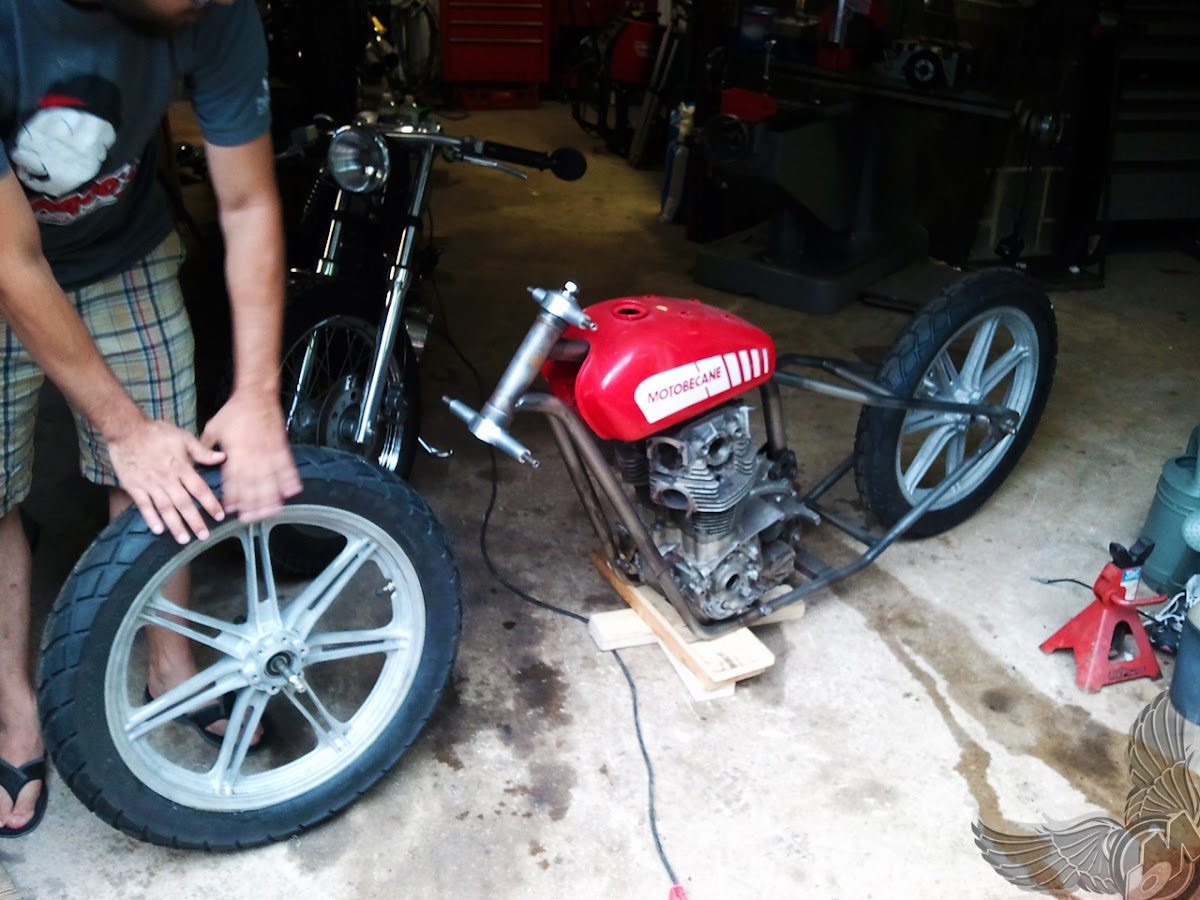 then he whipped out his gnarly don wood bedroll and told of how it once saved him from cats, dogs, and bears. 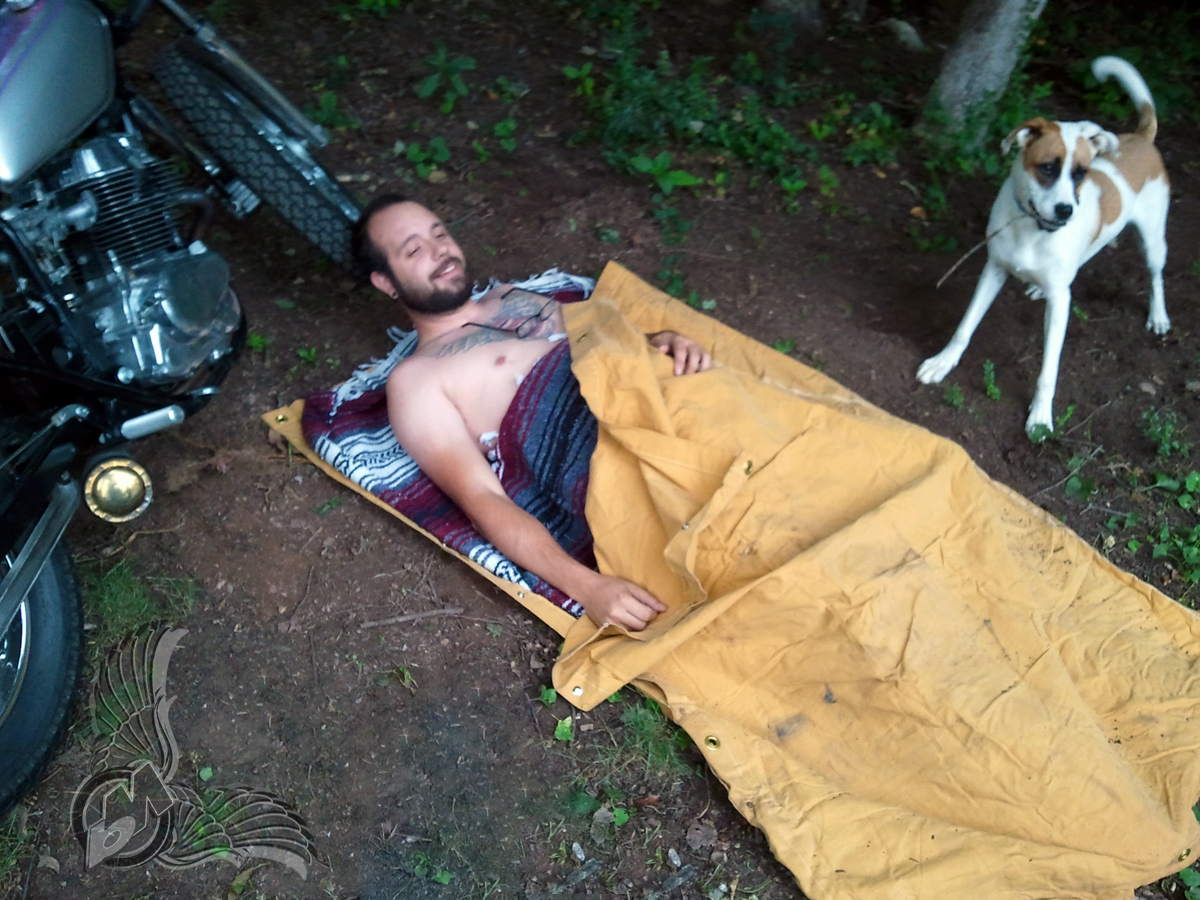 he demonstrated by posing in the nude in a wild dog park outside asheville. see how tame the wild dog became when the bedroll was unfurled? we was amazed! 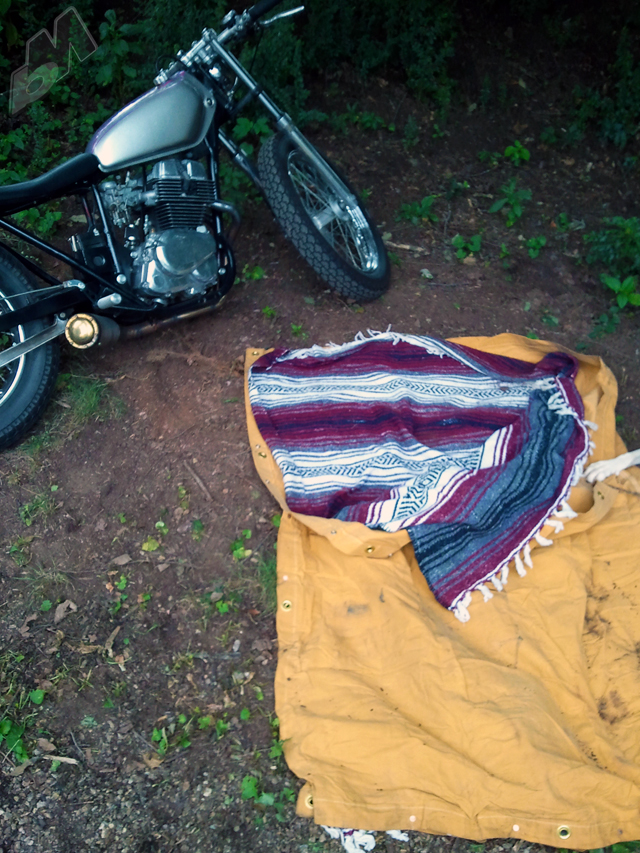 then we drank beer. more pix of that, and hugh’s shop, later.

Previous: bM logo etching by jenn maa
Next: with great thanks