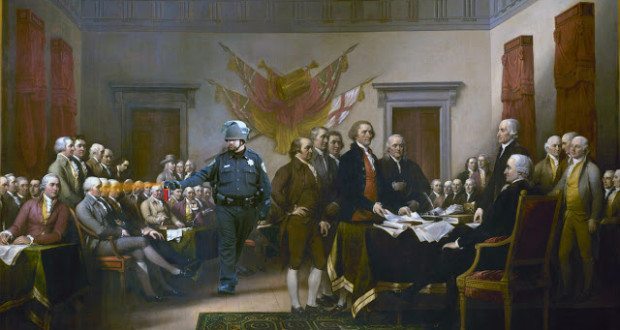 happy f***ing friday, metric motor freaks! even if it’s saturday by the time i finish this. i forgot something in yesterday’s thanksgiving post where i was thankful while being insulting to a lot of people i told to f*** off (hey, it’s what i do). what i forgot was you.

i don’t need look at someone else to tell me i’m good. still, you are right here.

jesus would certainly answer differently than john adams. teddy roosevelt would have a spirited conversation with george patton. george carlin would have stared blankly…

google, motherf***ers. then go to your nearest public library and steal a book instead of letting one of those ingrates who live off the system read it themselves.

here is an interesting image floating around the internet lately: 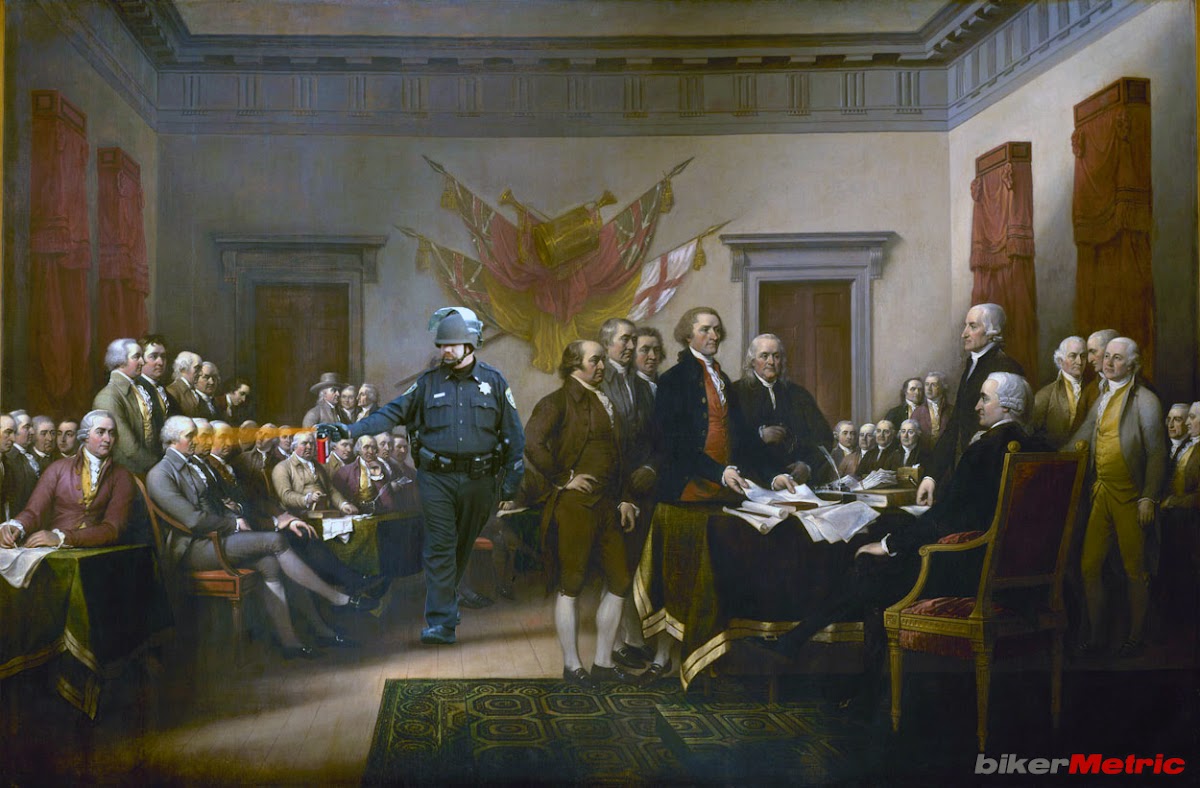 it’s the first painting that john trumbull completed for the capitol building’s rotunda and it shows the presentation of the declaration of independence to those who would decide if it was worthy of sending it to england as their statement of freedom. we were not a nation yet.

the painting features the committee that drafted the declaration; john adams, roger sherman, benjamin franklin, and thomas jefferson. all were presenting the document with john hancock, the president of the continental congress, featured behind them all for some reason…

today it’s joke. today it’s a cop pepper-spraying our illuminated founders as they signed off as land owners, as those who decided doing business with americans was better than doing business with england, as hypocrites and patriots, who knew standing together would free them as they knew their land and their constituents would fight for those who would not tax them. imperfect men assembling around the best they could dream a nation might be.

ha ha ha! they hadn’t written the constitution yet, so the cop is like a british redcoat. all the declaration stated was “when in the Course of human events it becomes necessary for one people to dissolve the political bands which have connected them with another and to assume among the powers of the earth, the separate and equal station to which the Laws of Nature and of Nature’s *** entitle them, a decent respect to the opinions of mankind requires that they should declare the causes which impel them to the separation.”

those are the first words of telling others to f*** off. it gets better if you care to read it.

the painting includes portraits of 42 of the 56 signers and other patriots of the declaration of independence. the artist was there to document this moment and drew the individuals and the room from that historic understanding shared between them. 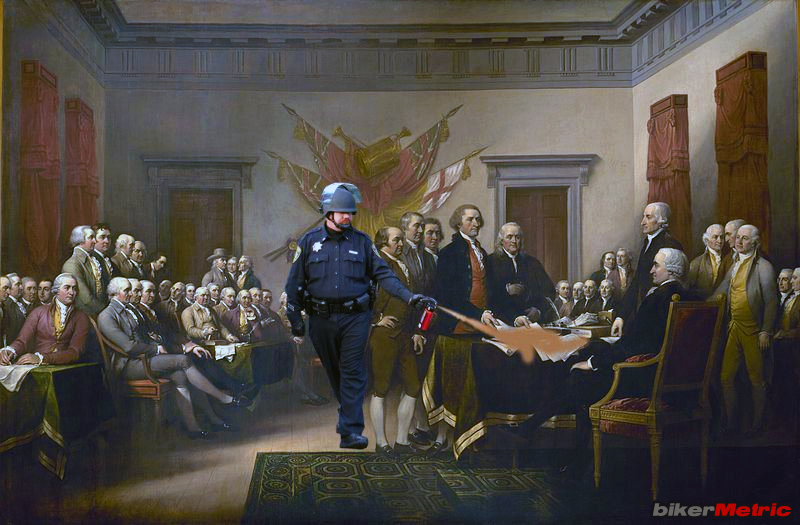 if you click the image and look closely, you may discover that thomas jefferson is standing on the foot of john adams. that’s pretty hysterical, considering what is known of their personal and political relationship that today many might term as “frienemies.”

the painting can also be found on the back of the $2 bill, but with tom’s foot moved from stepping upon john’s.

john adams was president and jefferson, who was president after adams, died the same day as adams, fifty years to the day they signed off as rebels against the strongest nation in the world on july 4, 1826. jefferson died first. adams…. later that day with words stating he was dying before thomas.

where was the internet then? where was the pony express? they died over 500 miles away from each other and the news was not known for nearly a week.

some have asked me what the deal is with the CENSORED tag across the bikerMetric logo. it’s about a bill being debated in the senate that will essentially give the united states government the ability to shut down websites that present, create, sing (la la la la laaaaaa!), design, or write things that do not shine favorable lights upon them and their corporate backers such as the chamber of commerce, media conglomerates, and banks. do not let the corporate lobbyist win. drive them to suicide.

click this link and keep the internet the last bastion of first amendment rights left in the united states of america.

now for some funny corporate bulls**t thanks to a time to ride: 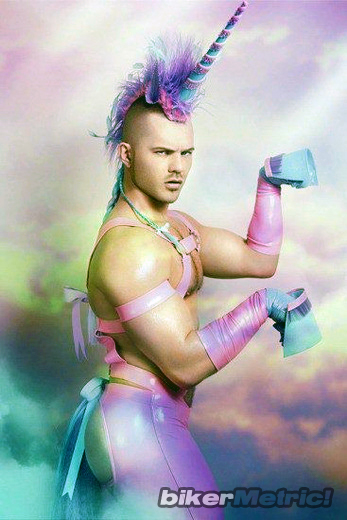 words mean more than poetry you don’t understand. they created everything. read anything about any culture and any *** and discover this yourself. i would not trust me. i seek only to rule you and bathe in the blood of your labor.

the student becomes the master just as you think the poetry is over.

got some emails a while ago from an erstwhile gentlemen named mike who sought presentation of his bikes on my lame metric biker blog. sucker. he’s the dude behind rods and cycle. they make some slick cycles. here is a 1969 trump bobber he and his mates recently built: 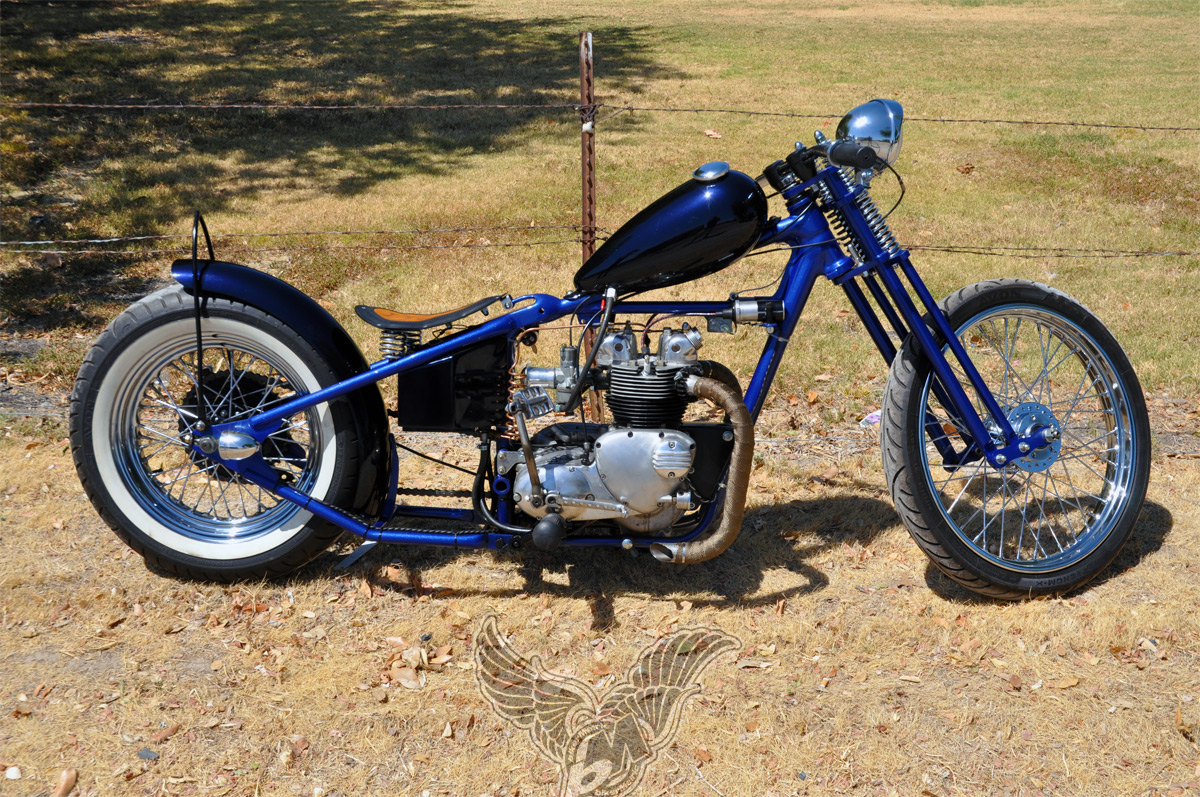 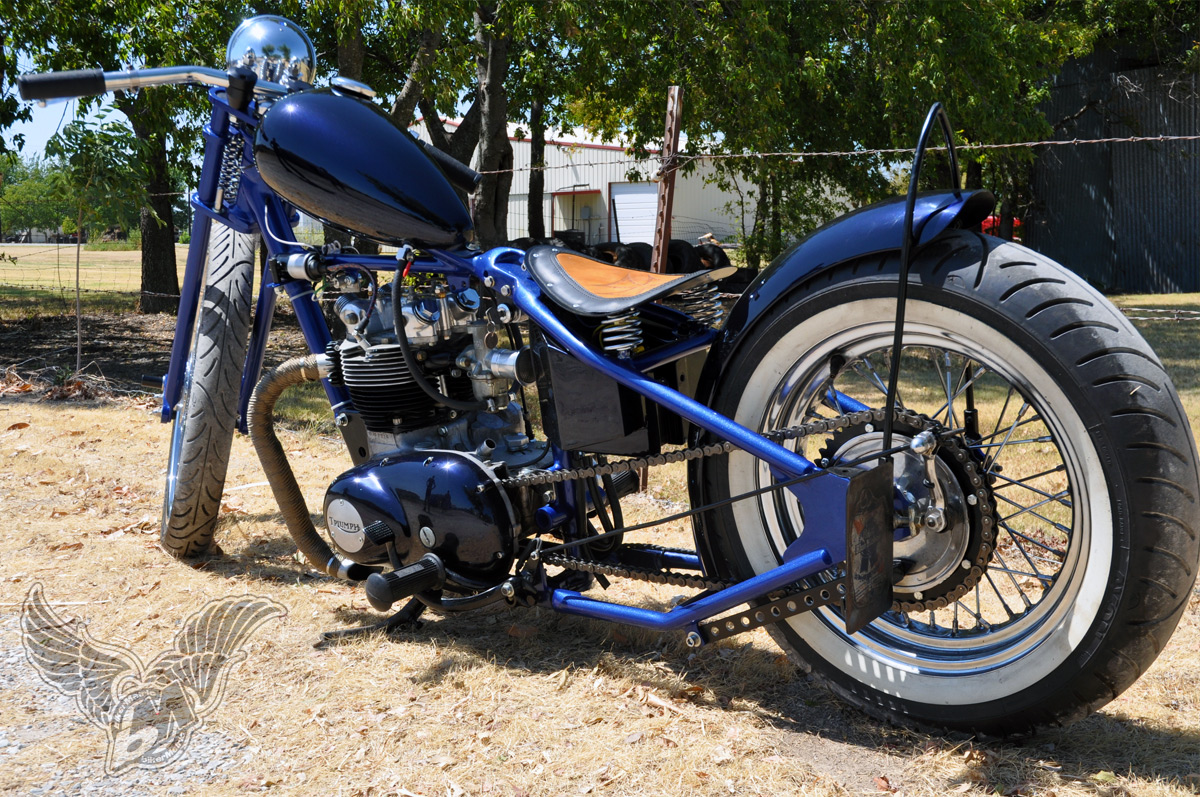 dreams wake me sometimes as i’m telling a joke, getting cheated on, f***ing twelve women simultaneously, wandering though a giant and dilapidated building searching for her. sometimes i am what i am and all the time i say what i mean. i laugh at or with you all. am i joking? am i being serious? am i dreaming?

my last beer. good night and day to you all. thank you. we are all dying as we mine gold. do we all have to be such tough guys? buy me twenty more beers and watch me cry. 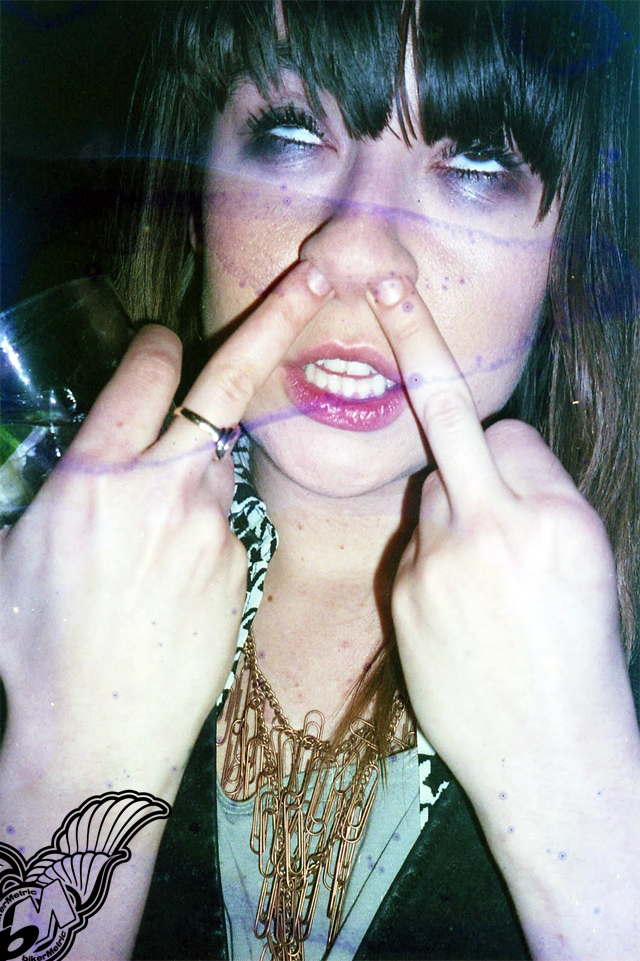