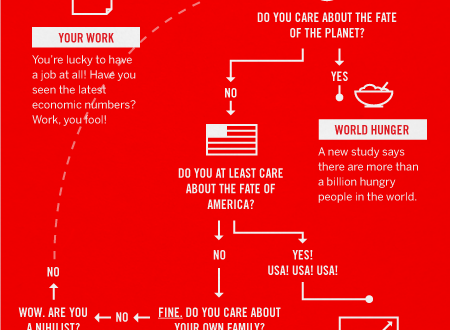 ATTENTION: GRATUITOUS USE OF THE WORD F***.

you might want to get drunk before continuing. remember, i warned you.

at the risk of angering a lot of my british readers and friends, let me repeat: F*** THE “WINDSORS.” f*** kings, f*** queens, f*** princes and princesses. f*** them all and hurt them all. we fought AGAINST royal rule 235 years ago to gain the freedom these *** damned cousin-f***ing inbred elitist bankers have spent centuries trying to regain.

do you know the difference between a hillbilly and royalty? lots of money.

and they aren’t even british!

my latest twitter “friend,” harry shearer, knows that the “british” royals are actually german by posting this link today. this missive is his fault.

i know, i know…. never trust wikipedia. but i’ve done my research and it’s correct this time. you foolish wankers think your kings and queens are english when if you knew anything about your own history from, oh, 75 years ago, you’d see that you are ruled by germans.

at least those motherf***ers ran royalty out on a rail.

but england? what a bunch of stupid ****** suckers you are. don’t make me quote pink floyd from “animals.” or spinal tap, for that matter. i might touch it with a ten foot pole for the “eww!” factor.

get wise and quit fawning over masters who seek only to enslave you. “the royal wedding!” you cry. why should anybody care? especially americans. if i see or hear one more american woman mention it, they’re getting an earful/eyeful of “shut the f*** p.”  seriously. can you say “the declaration of independence?”

the only thing the “royal” wedding would have been good for is to drop a bomb onto or to release a chemical weapon inside, as it would have killed royalty from around the globe. sadly, that didn’t happen, and they still live. like cockroaches with tiaras and disneyland uniforms. the f***ing f*** f***ers.

there. i feel better now that i imagined their demise but **** if i don’t badly want a beer. i deserve a beer.

now that i’ve alienated bikerMetric readers from at least two nations – and i could give a s**t less if they’re offended because f*** royalty – let’s move on to truly cool stuff. i’m fed up with the whole f***ng “royal wedding” ordeal. 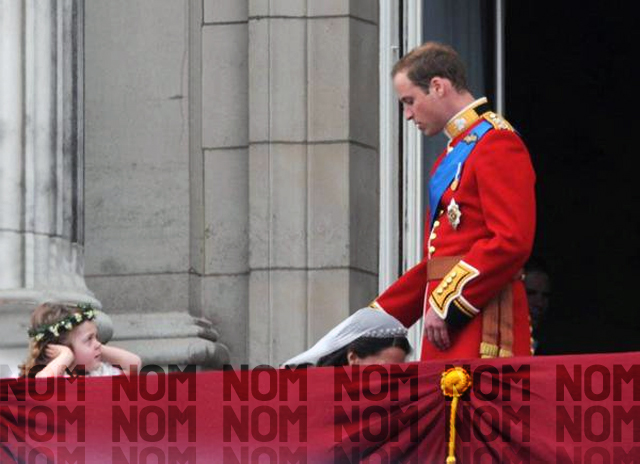 now for some old school british punk pop from the godfathers:

one of the few senators who actually cares about americans, independent (not republican or democrat) bernie sanders sent a letter to president obama this week regarding the price we pay for gas. here you will discover another secret tax paid to speculators (ie: bankers) of oil futures. the reason gas costs $4 a gallon in the usa is due to a violation obama’s own “wall street reform and consumer protection act.” the president is, as always, good with words and bad with living up to them. either that, or he’s simply a liar.

here is the pdf of senator sanders’ short and pointed letter.

please take two minutes to read it and share it with everyone. expose the scam. the truth is gas prices should be going down, not up. then click this link to write the prez and tell him you have had enough with his ineptitude and deception.

a white republican disguised as a black democrat isn’t the change we had in mind.

thank you, my fellow americans. 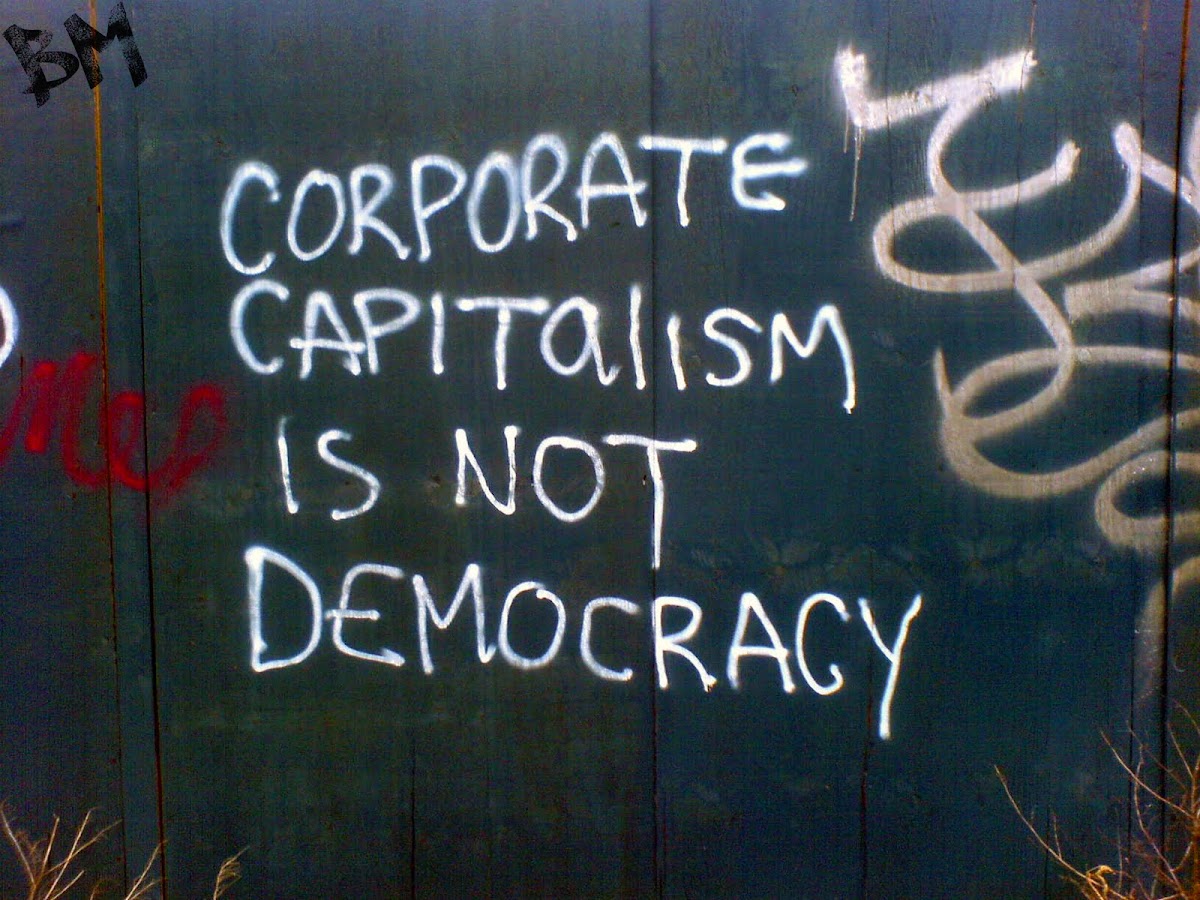 speaking of americans, i’d like to thank bikerMetric’s major supporters, especially eric at karnage kustomz (look for the new karnage website this weekend).

eric, we need to get a bottle of this s**t, drink it up, and take over the world! 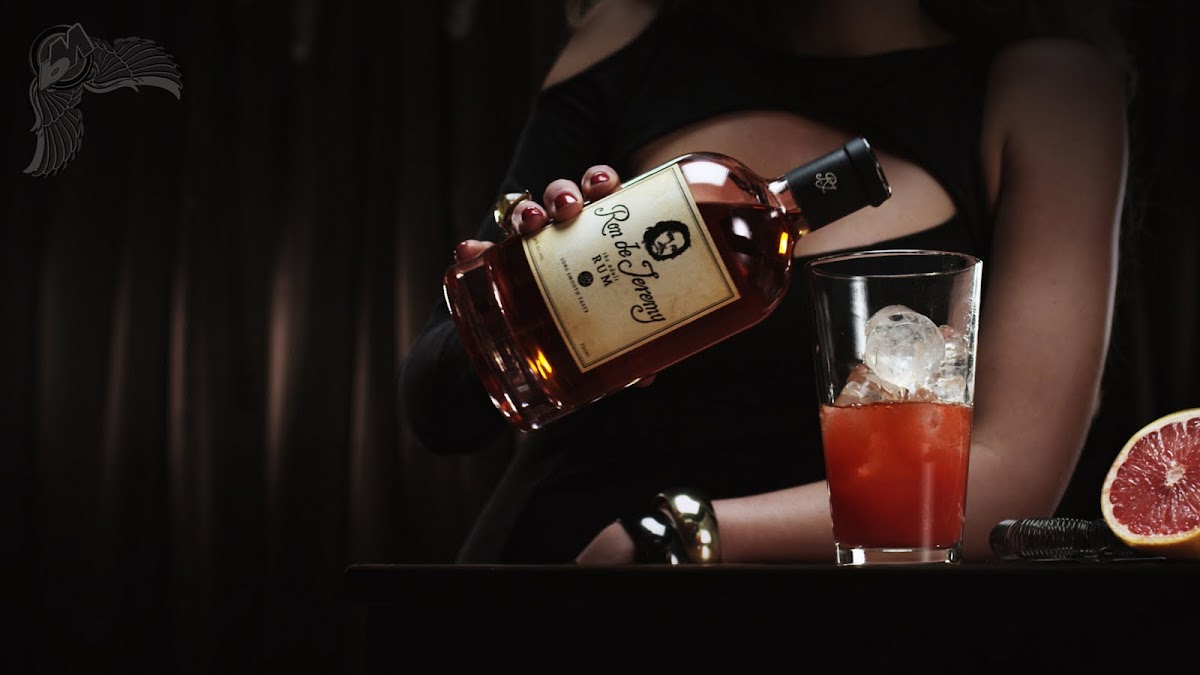 that image is what i get for being in a hollywood jail cell with ron jeremy in 1988. maybe it was 1989. seriously. he ought to send me a bottle because when the cops moved us to a cell with a pay phone in it, he kept hogging it, trying to set up a shoot the following day. the fat, ugly *******!

see? my trying to get new advertisers is like being a pedophile selling soiled schoolgirl panties; it’s a niche market. i’m thankful for the few who dare to align themselves with such a randy cad as the likes of me.

even so, i wonder why companies that advert all over won’t with bikerMetric. do they take themselves so seriously they couldn’t take my rowdy humor in posts i write for them? is it my revolutionary stance on bankers and corporations? my “politics” or spiritual beliefs? my philosophical argument with capital letters?

everybody i’ve met and spoken to in this industry has their radical views so i don’t get it. we’re supposed to be bikers. we’re supposed to do what we say and say what we mean. 50% have voted in the poll that the best thing about your bike is “freedom, motherf***ers!” right? political correctness and “being nice to the big guys” never got me anywhere but back in the unemployment line. what about you? f*** them and f*** you if you don’t get it.

but these guys – karnage, elswick and dime city – get it. somehow. strangely enough.

often i ponder how amazing it is that anybody reads bikerMetric, much less pays me money that i might write nice things about them, but the deal is this; a few hundred thousand of you know i won’t do it for just anyone. i’ve asked some folks to let me do it for them and never heard back. okay. see you in ****. for the companies who “only advertise in print,” i cannot educate you until you can’t afford $1500 for a one-page ad that’s done in one month when you could get six months here, have entire interviews and articles about you and your company posted every week while being seen by at least 300,000 readers, and still pay $600 less.

print mags must think some companies are suckers, and they are. some people cannot add, subtract, multiply or divide. i read some mags but i usually can’t afford them. six bucks for 20 minutes worth of reading and pretty pictures? i can do that for cheaper-to-free online, buy a bunch of beer, and be a smarta*s on twitter and flakebook.

no worries. i’ll wait and work and wail on my freedom or death trumpet of doom and salvation. i see what’s coming, and it won’t be pretty for many. for some, it will be glorious.

and what the f*** is RUSTYMETRIC?

thank you for reading and writing and visiting bM’s sponsors. i know them all personally and trust their word and their work. 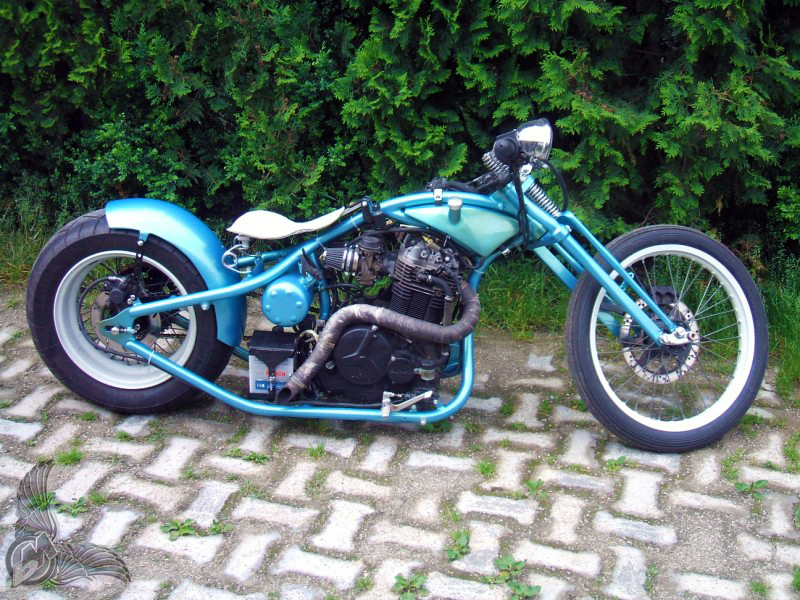 this is a suzuki 750cc single. i know, what the f***? every once in a while i come across a bike and have no clue what it is. a 750 single? what japanese manufacturer made thumpers that big? maybe it’s a european model that was bored out. as always, comment below if you know.

i’m looking at you, arpad. 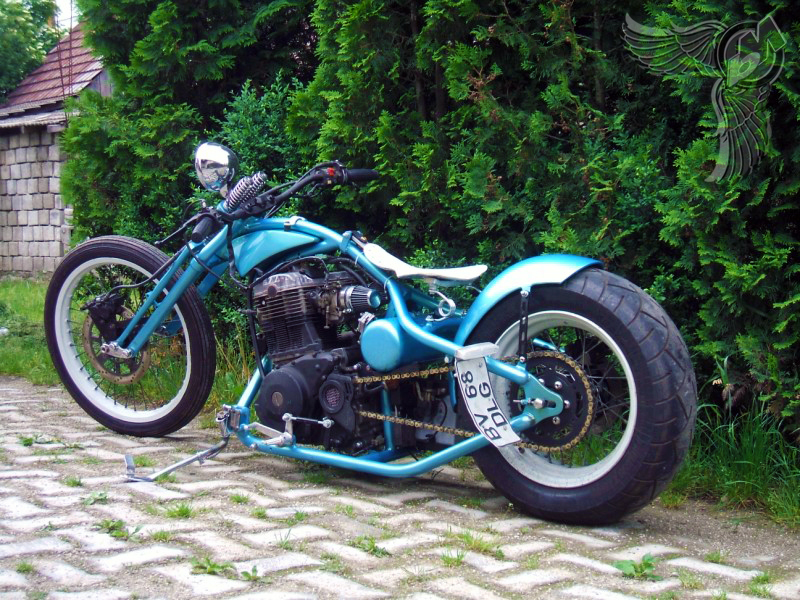 the bike was built in two months, on the cheap, by basty bikes and is named “doctor big.” 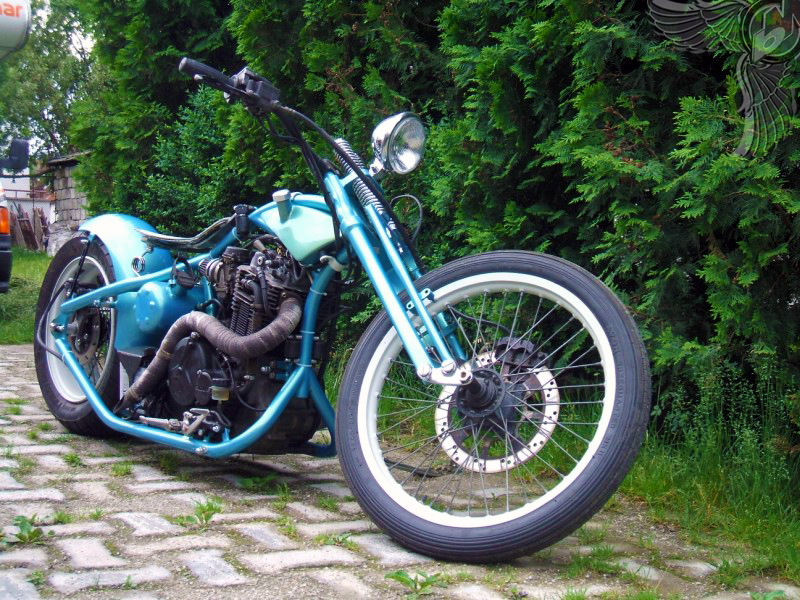 the front wheel is from the original bike, the frame was custom made by basty, as were the tanks, seat, and fender, which fits a 200mm tire. what a radical machine. 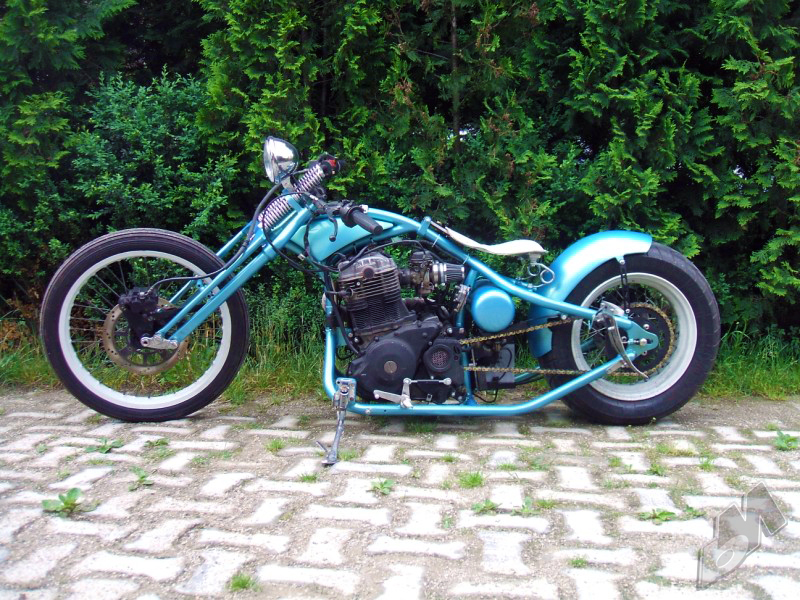 for a ton of great info, check out the link robert posted on the bM facebook page here.

how do you make a change/edit like this in print? you can’t. unless you want to wait a month…. or two…. maybe…

Previous: otto carter | master engraver
Next: new website for some dude in the sticks 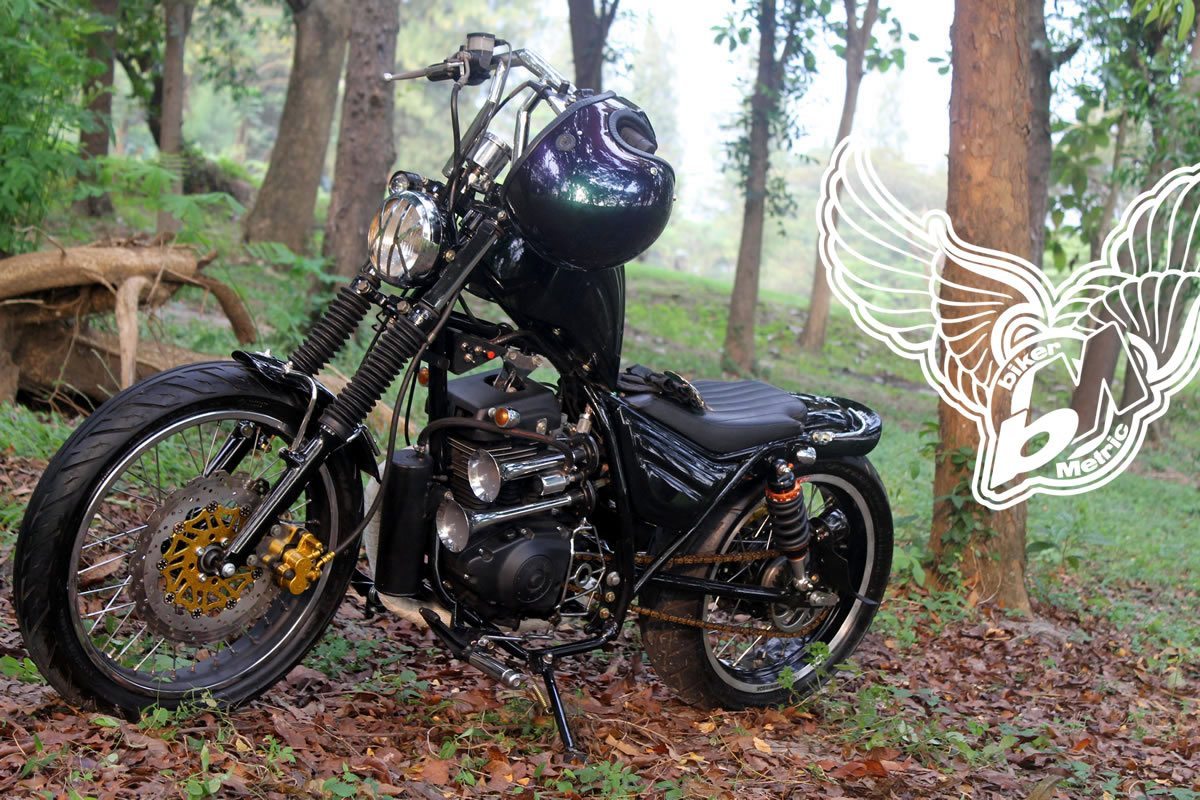