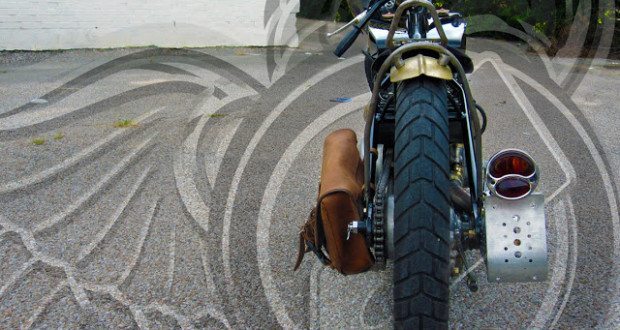 The FREEDOM or DEATH MACHINE is almost ready. 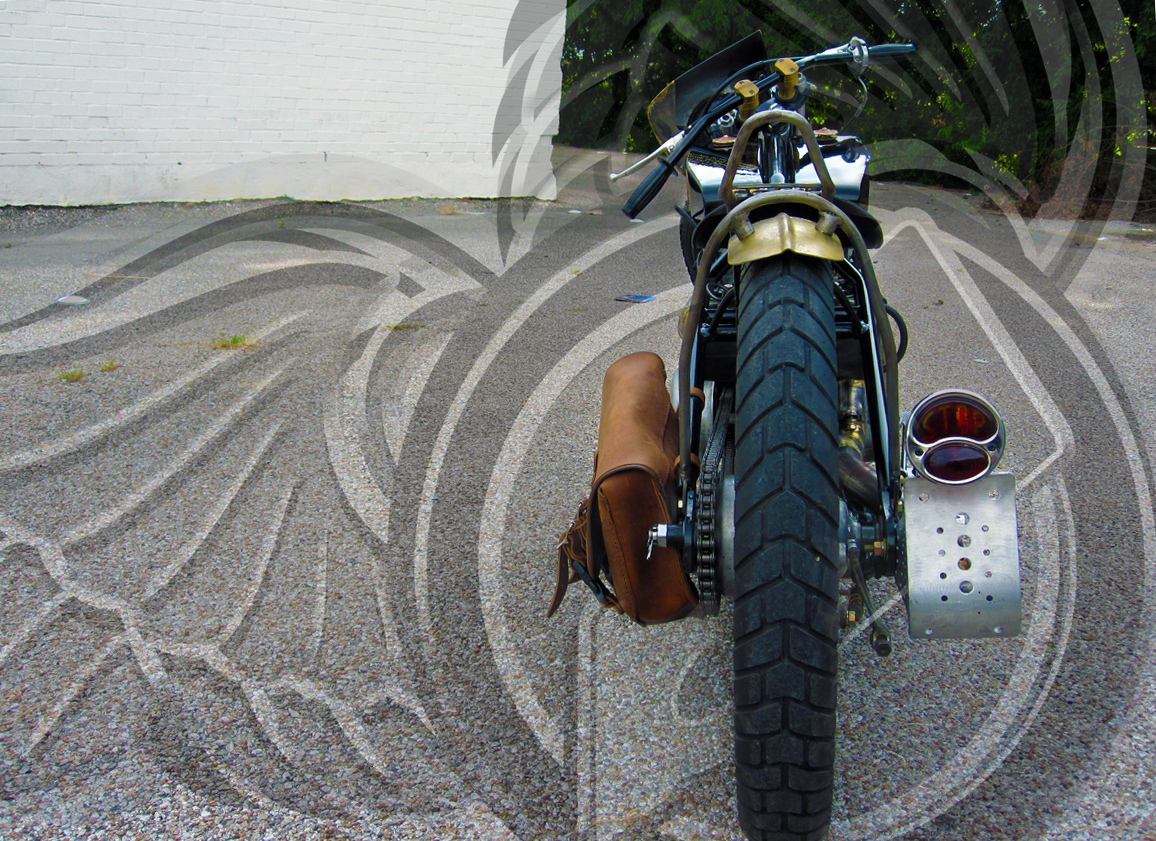 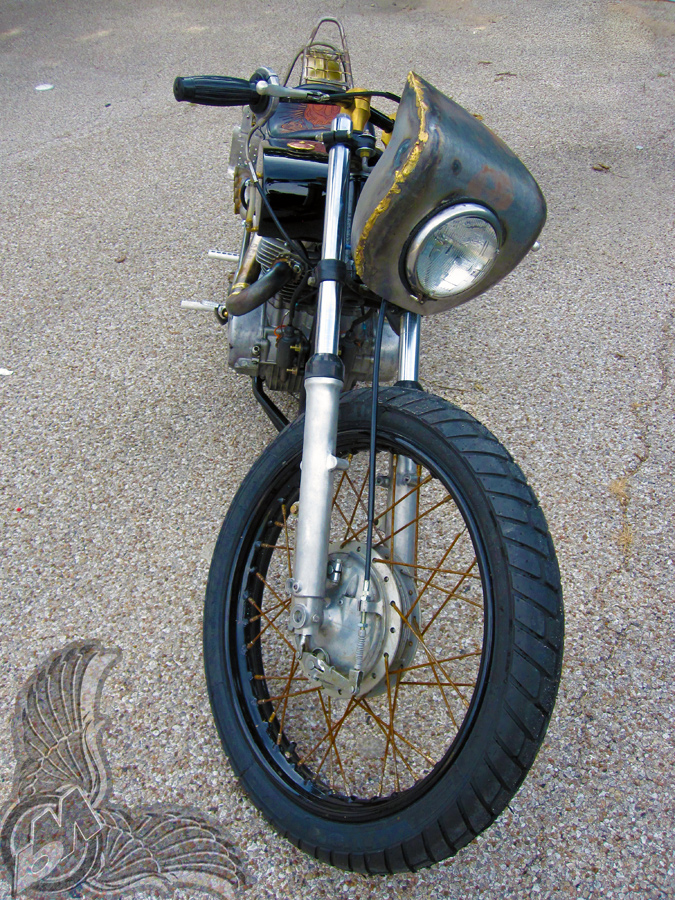 While my arm has been healing, the bike was at a hot and sweaty garage where Matt tried to straighten and repair the rear fender and half-*** the brake linkage, strengthen the headlamp cowl with braces to the trees, fabricate crooked mounts to install Rock’s footpegs (seriously – can anybody touch this bike and not f**k it up?), and shave ten pounds off his own *** while exchanging the original handlebars (which were crooked and 7/8″ in 1″ risers) with new ones (inexplicably still 7/8″) while keeping the integrated mechanical controls, which he had to do twice, not realizing the bars built by Saint Motorbikes were crooked as he spent an afternoon re-positioning them.

The ForD is now at Limeybikes in central Austin, where Chris is going to “finish her up.” She needs more brake work (the linkage still isn’t right), air filters, an operable kickstand, and a lot of wiring to hide and clean up. He’s re-positioning the brake pedal and linkage, changing the shorted-out horn with it’s screwed up button (positioned as a joke one-quarter inch behind the exhaust by some idiotic jackass who never bought me a beer), tuning the machine, hooking up the third/reserve gas tank, and probably more stuff I don’t even know yet. He’s a master and it’s going to look great.

In a few weeks she’ll be ready and my arm and hand ought to be strong enough to ride. Finally!

Finally, I want to thank my friend Adrian for towing my bike in a wicked thunderstorm and hanging out with Chris, Courtney and me at Limeybikes. He ran me around so I could get Thai food for everybody after we had a pint and burger at Jackalope. Thanks for your help, dude. Your bike is coming along very nicely and is really going to be quite a killer chopper when she’s complete.

Be sure to tell these men that you read about them on bikerMetric. I’m sure they’ll love it. 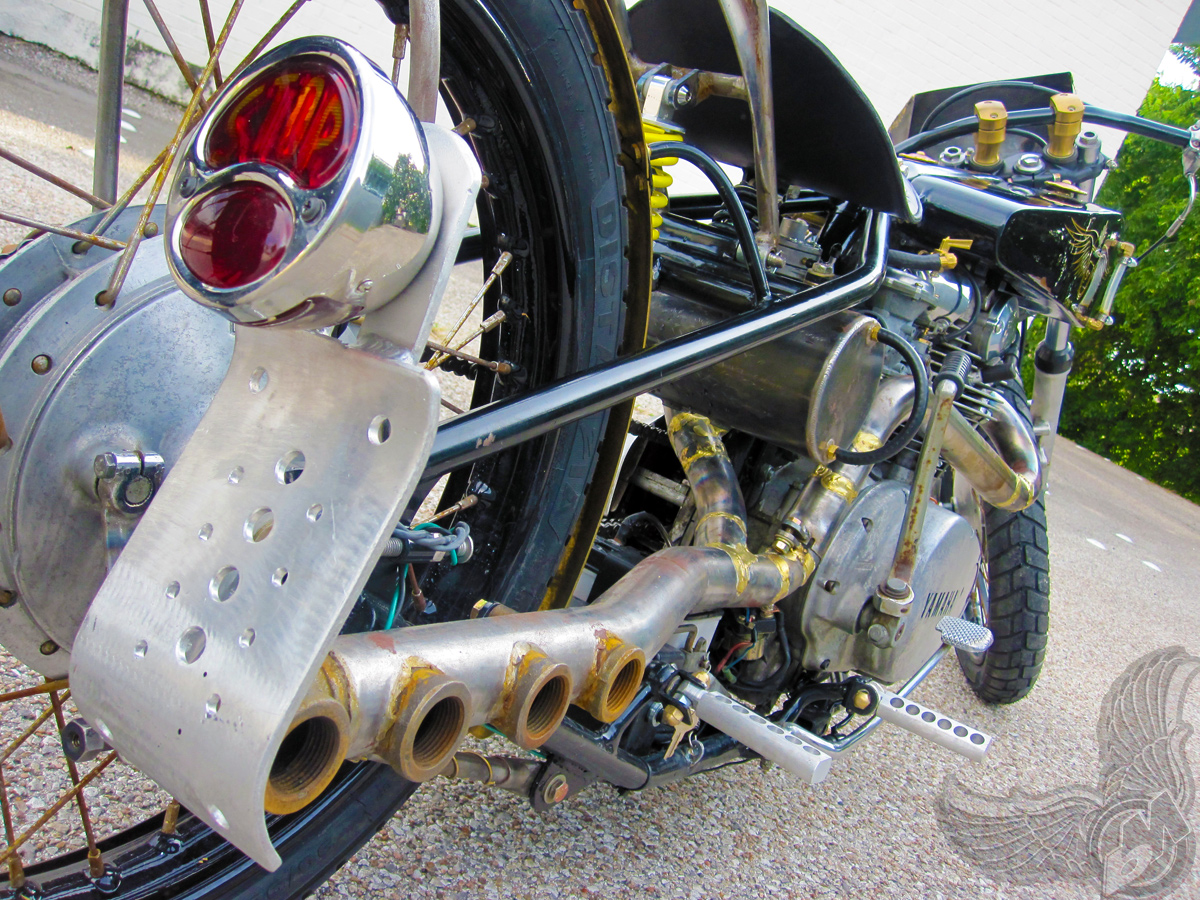 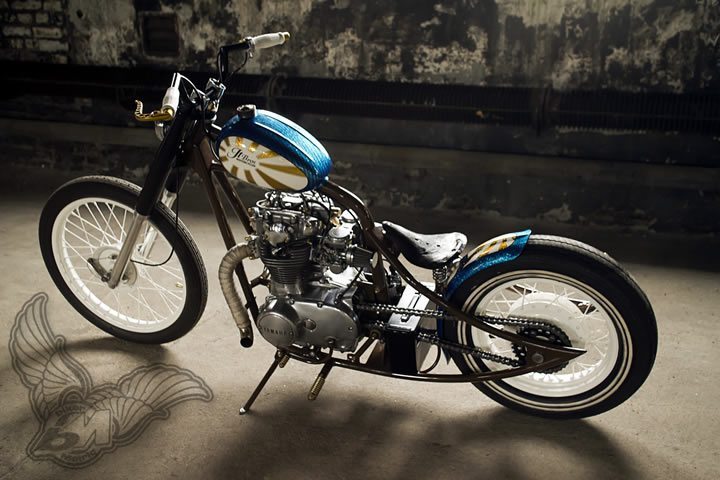