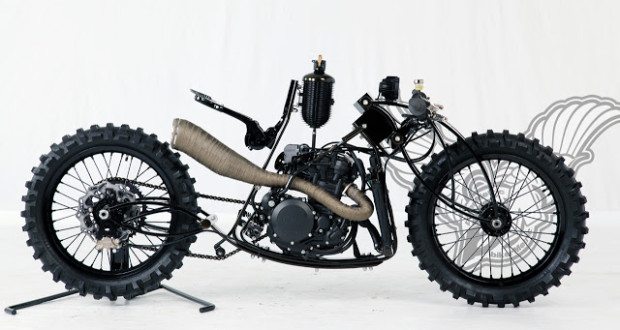 before my words, enjoy some photos by frank sander of the the rk spring, a 2009 yamaha yzf450 that’s been, um, that’s…. that has been…. radicalized: 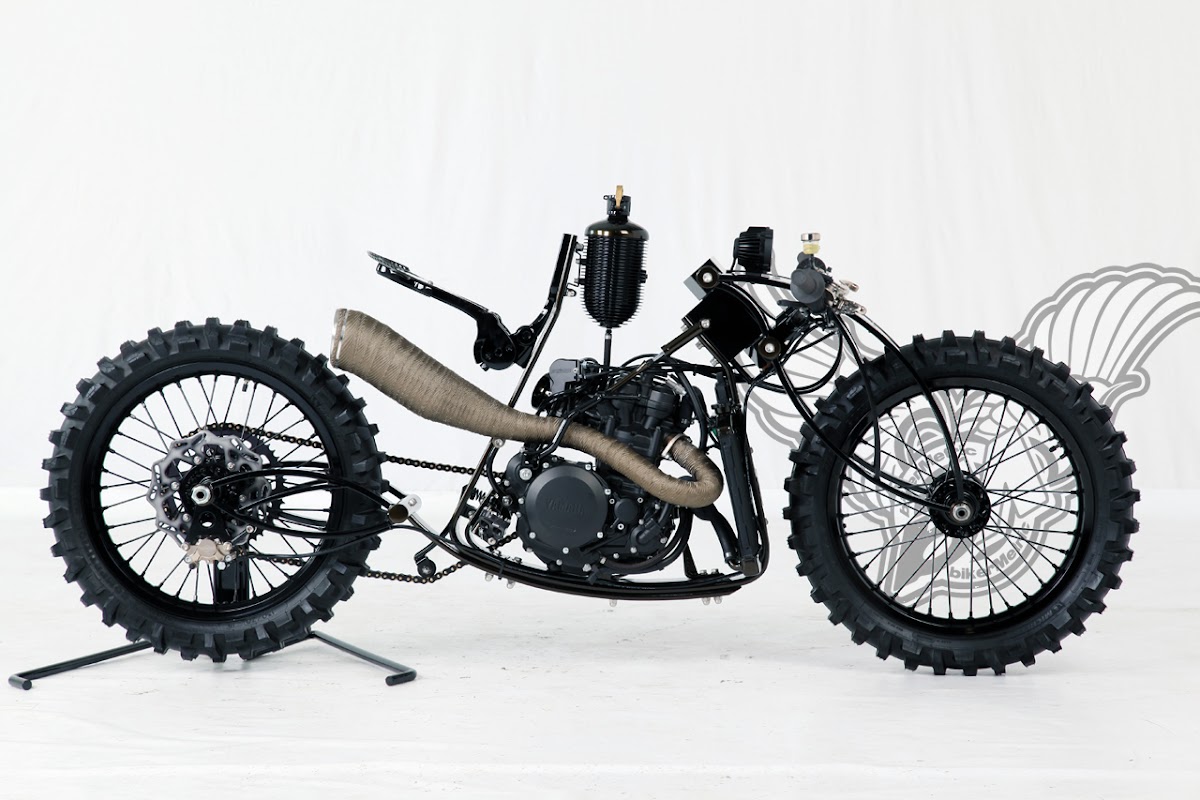 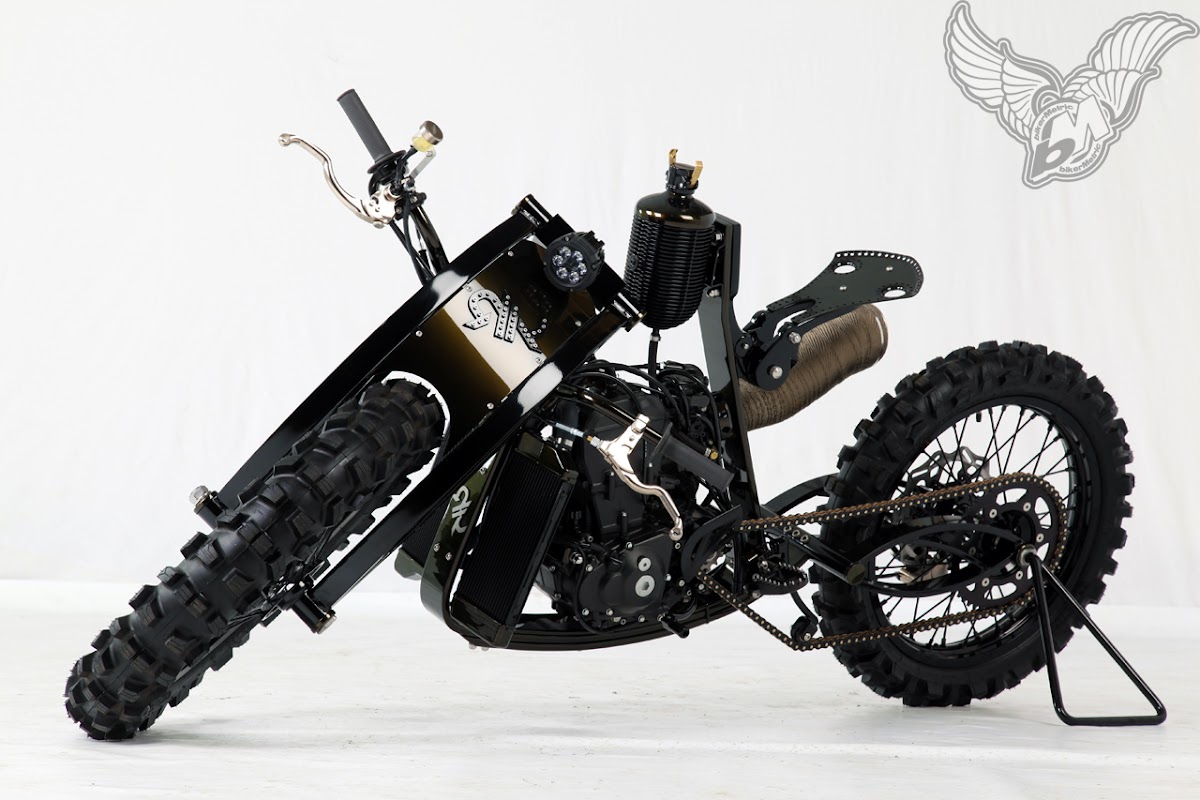 now, let me introduce you metric mofos to the austin-based garage rk concepts.

the one-man shop at rk is run by a man named rafik. he comes from a very artistic family in beirut, lebanon. his dad was a painter and sculptor, and so are his siblings. growing up, people always wondered why rafik had no such talent. 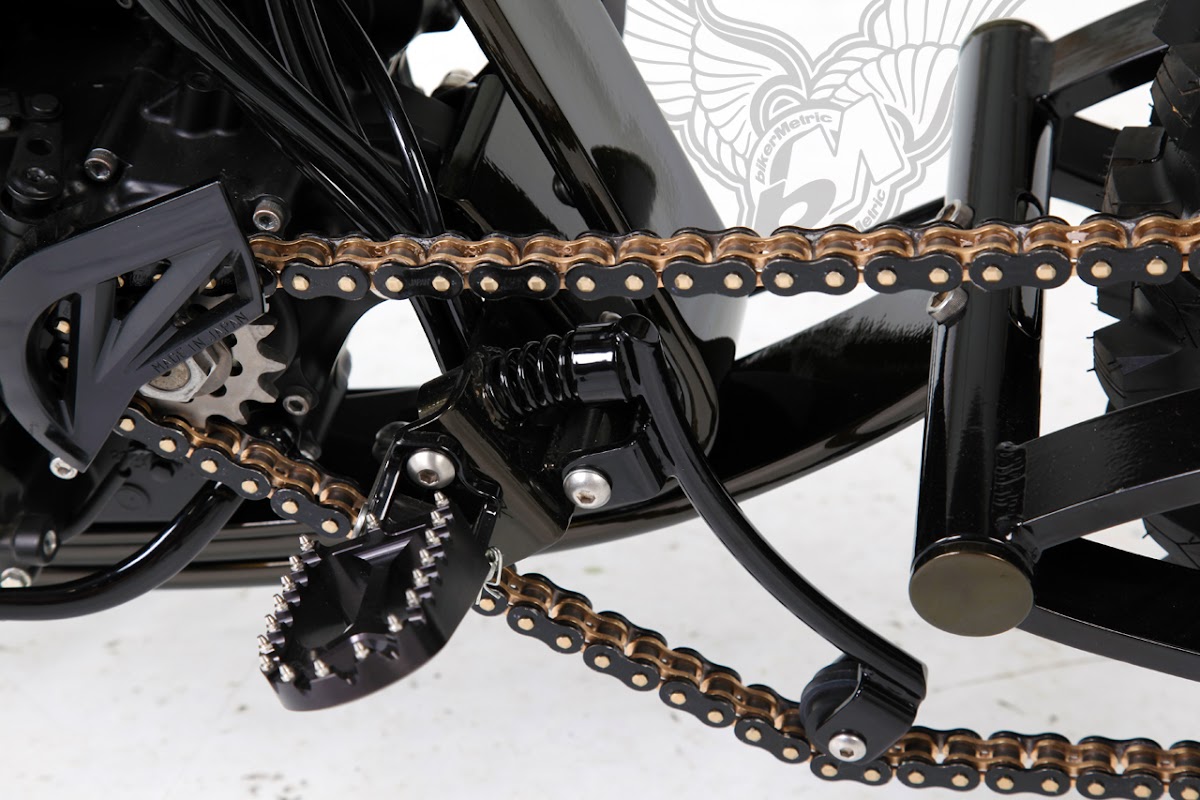 at the time all rafik wanted to do was mess with bikes and chase girls. in 1986 he descided to move to america to get away from the civil war that’s been raging there on and off since pretty much forever. what? you have never seen a news program? he knew there was no future for him in beirut so he scrammed for new york city first before settling in austin. i know about settling for austin… 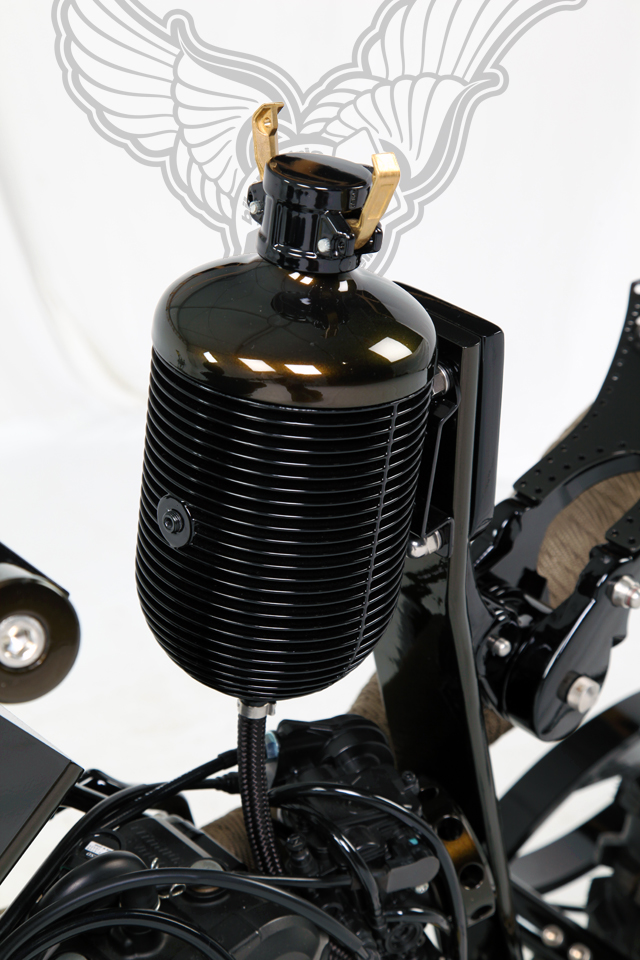 after moving to texas, he got odd jobs here and there, including security for a snooty “high end night club” for five years. he says it “got old” and i relate, so he went to school to be a barber, which is the masculine pseudonym for “hair stylist.” while he enjoyed the gig, it was not as satisfying as you might think. how many coiffed milfs can you boink before you realize “i ought to be building custom motorcycles?” in this case, 14 years. 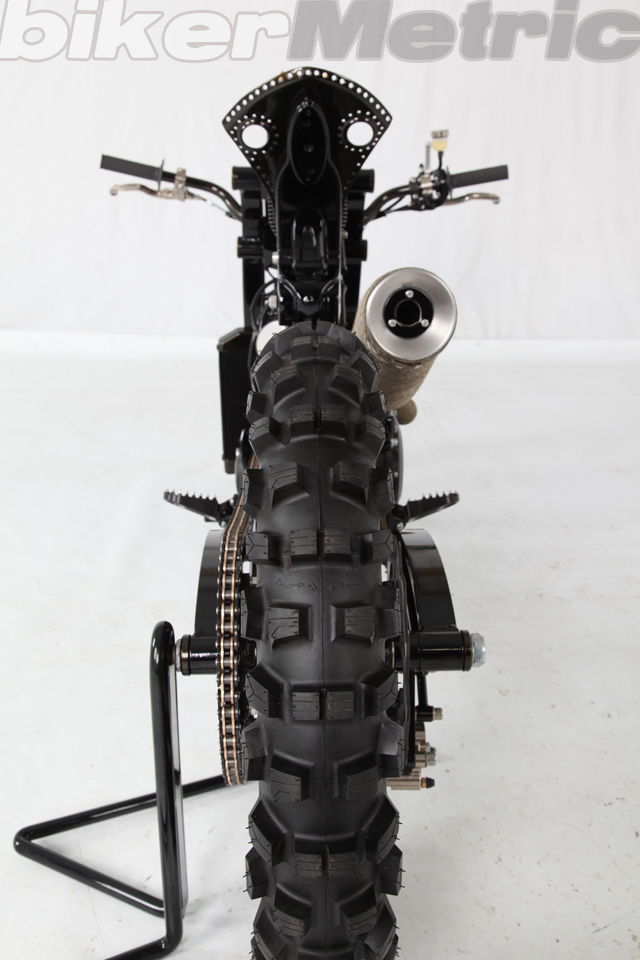 rafik had the eye for creativity and design, and cutting hair is working on a person, like tattoo or piercing, a living canvas. at best, it takes a while to fix a bad haircut but rafik didn’t care. he was going to build one-of-a-kind bikes that would represent his personalty and the first was the rk backbone. he built the bike on belief and study, as rafik had no welding, fabricating or designing background. so what. he had a wild imagination filled with innovative ideas. i dig it. 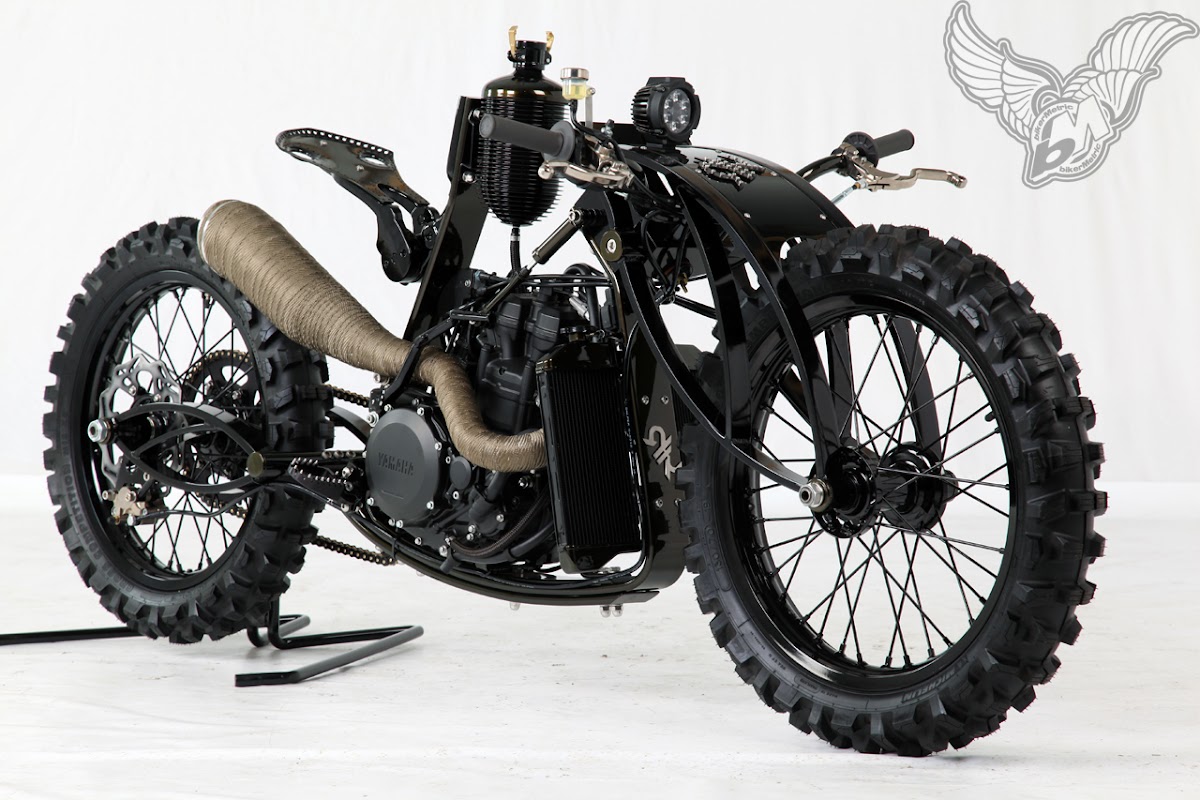 the spring started as a very simple design using leaf springs for the frame as well as for the front and rear suspension. he wanted to make it look like “a dirt bike from the future.” seems he accomplished his goal. the spring weighs only 200 pounds.

a 2009 yamaha yzf450 was used as the donor for this frankenbike. both wheels are from the stock machine and the rake on the neck is a tight 27 degrees. the controls and brakes were donated by beringer brakes, which rafik considers the best in the business. the gas tank is a beehive oil filter from the 1940’s and the seat mount is a wakeboard rack from a boat. i worry about the gas tank. it looks like it would impale the rider if a curb was jumped. 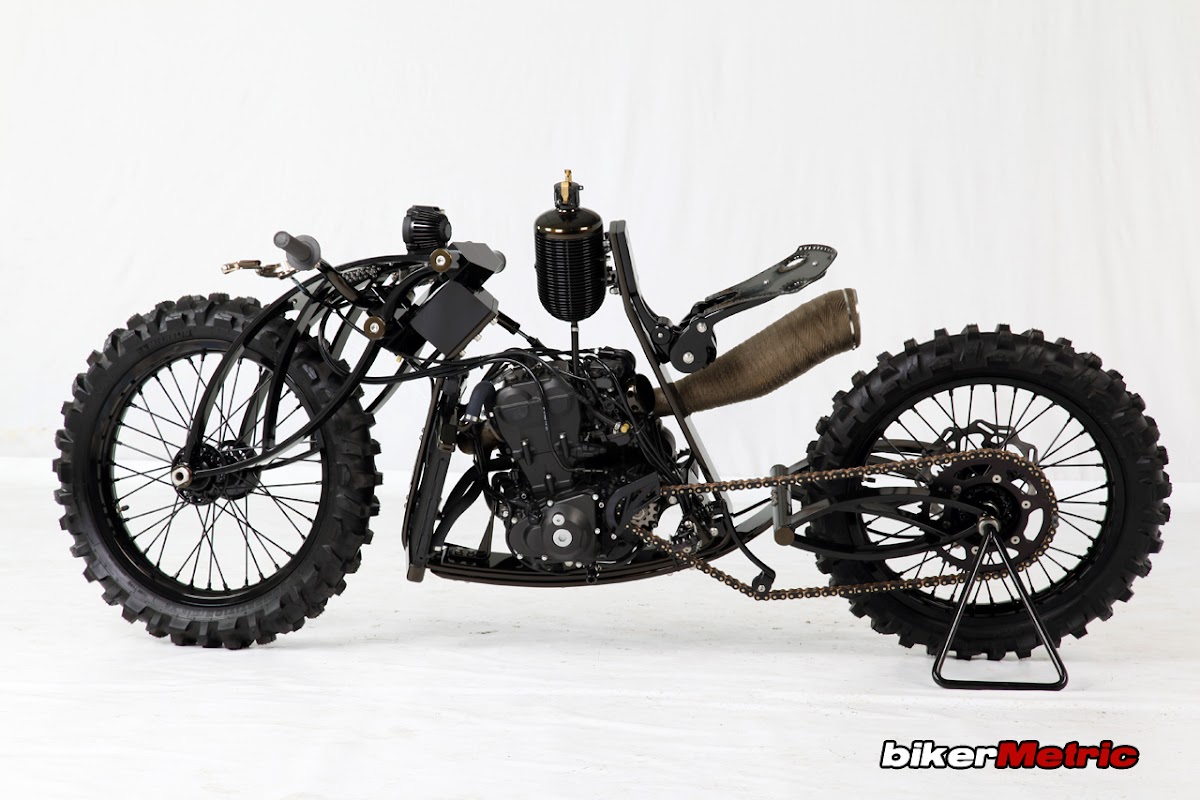 rafik also fabricated a dampener to reduce the engine vibration. the front forks and swing arm are made of rolled 1/2″ flat bar to his desired shape and welded.

according to the builder, this thing is an awesome ride. i don’t doubt that.

check out rafik at rkconcepts.com and let him know he ought to build more custom metric machines! 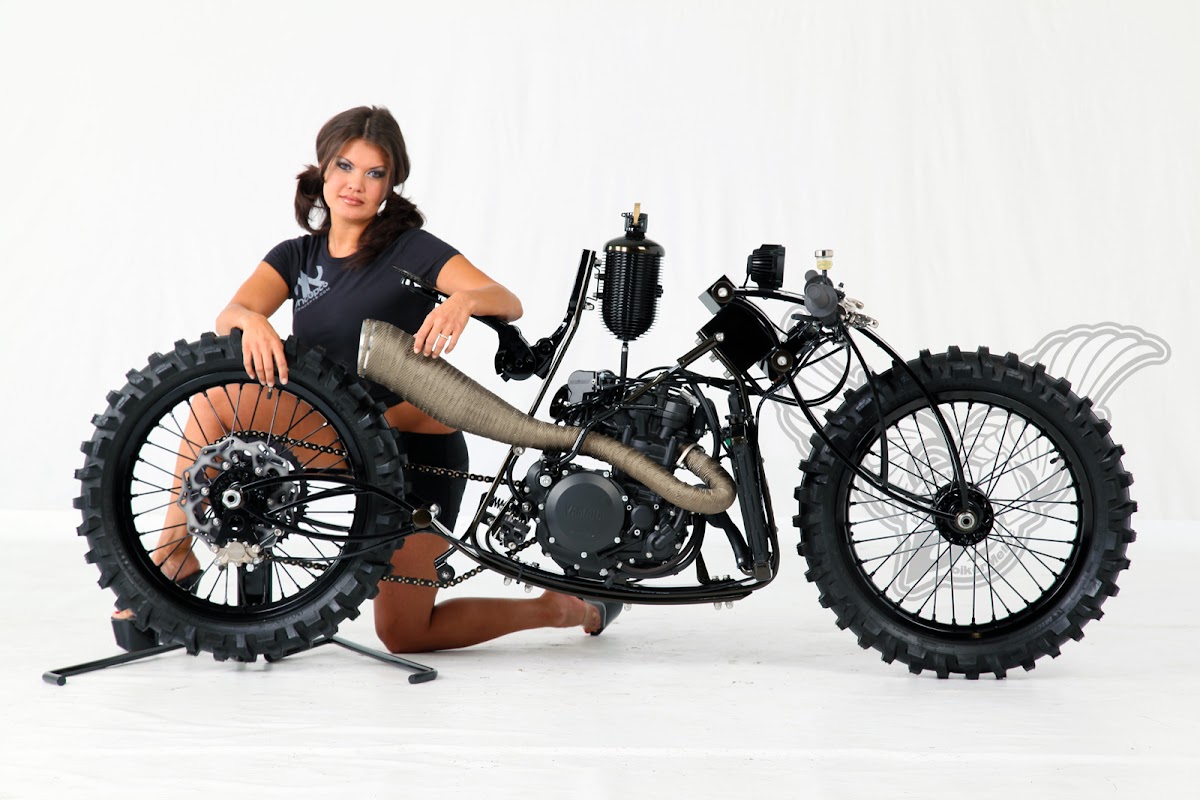 Previous: the famous jump from the great escape re-enacted
Next: the freedom or death machine rebuild | post #1