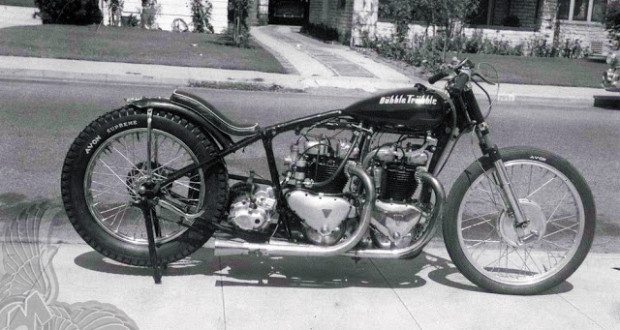 Got a nice link from Dave tonight. Seems there is a historical, or incredibly coincidental element, to Flyrite’s new Norton-powered scooter, “Double Trouble.” In the early 1950’s there was a relatively renowned builder and speed trial fan from SoCal named Bud Hare and he built this bike, dubbed “Dubble Trubble.” 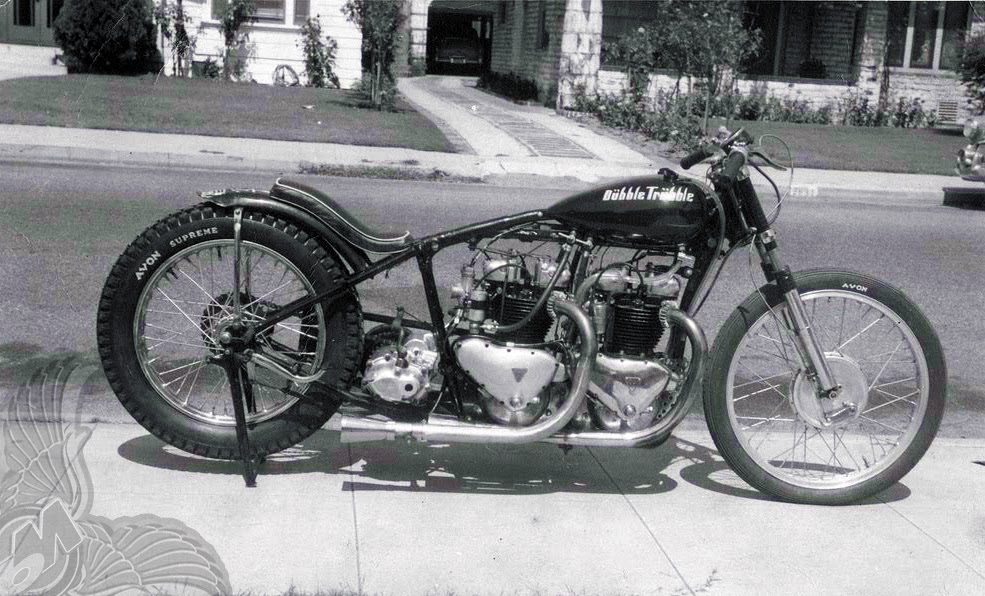 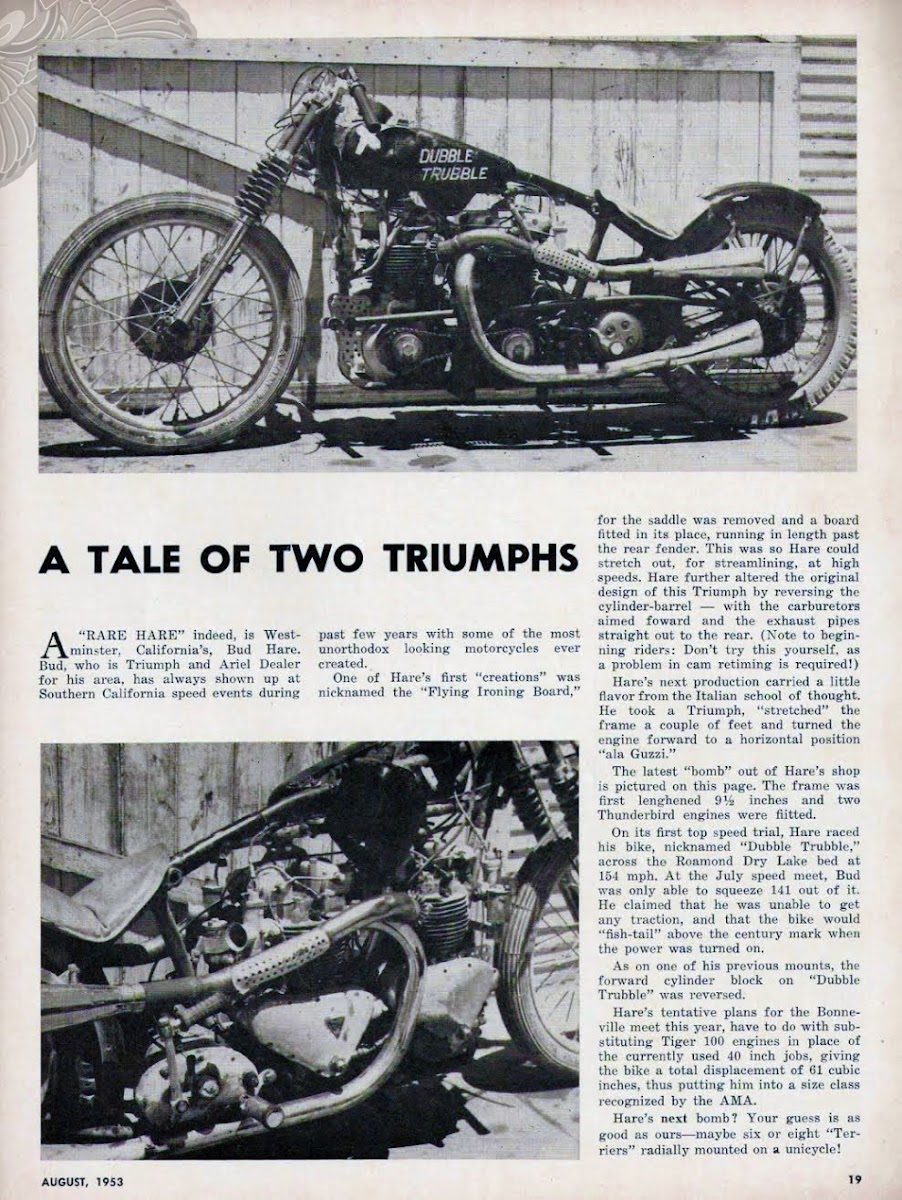 Allegedly, this was the first dual-engined drag bike and was powered by two 40 cubic inch Triumph Thunderbird engines. The bike went through different modifications for a few years. In an early iteration, the head on the front motor was turned around. In later designs, the Triumph gearbox was exchanged for a HD transmission.

The beast ran at 142.38 miles per hour in a quarter mile at the Santa Ana drag strip in exactly ten seconds. It had only two gears, “second and high.”

Thanks for the heads-up, Dave. Can’t wait to see some pix of your next bike. 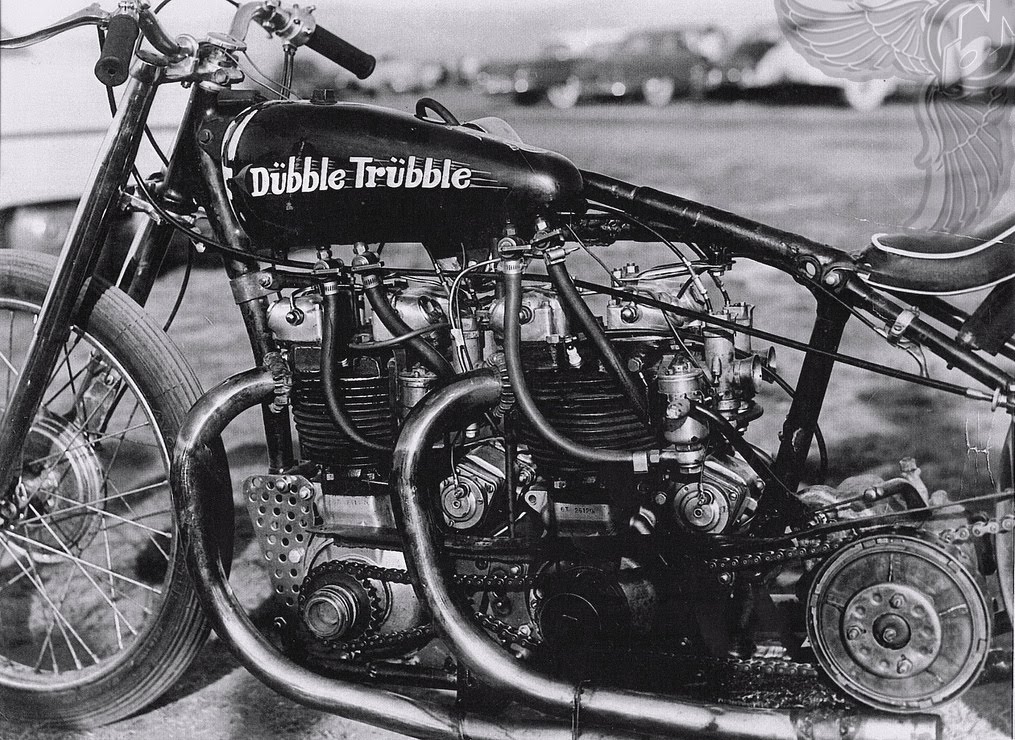 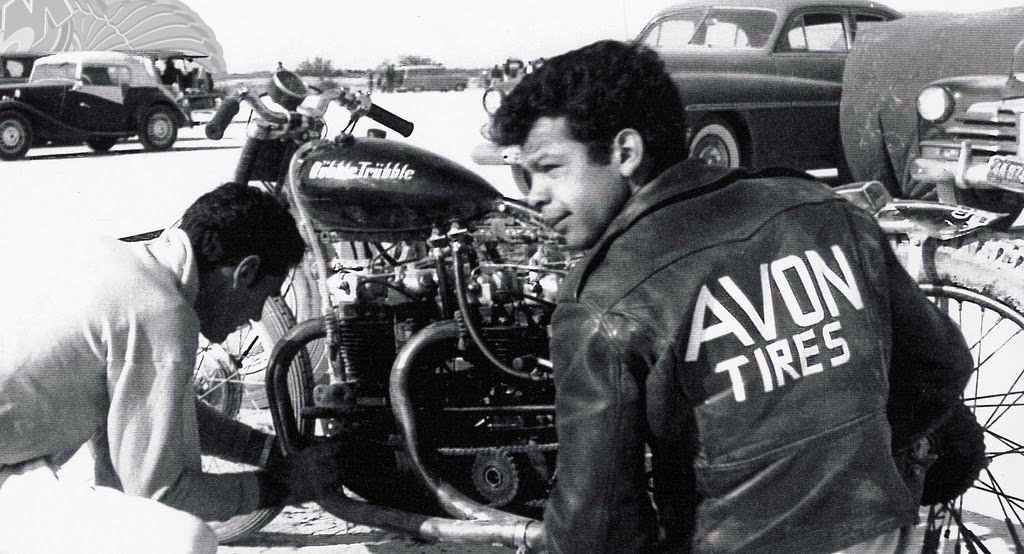