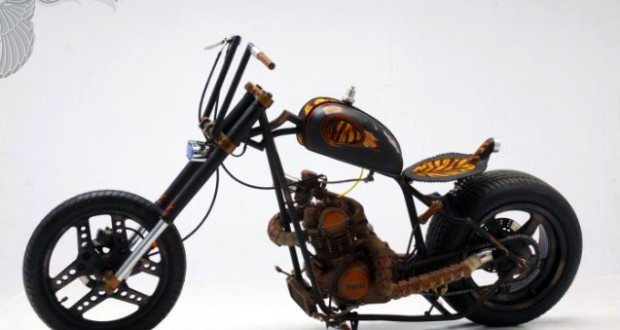 received a nice email from a cat in portugal the other day. his name is marco: 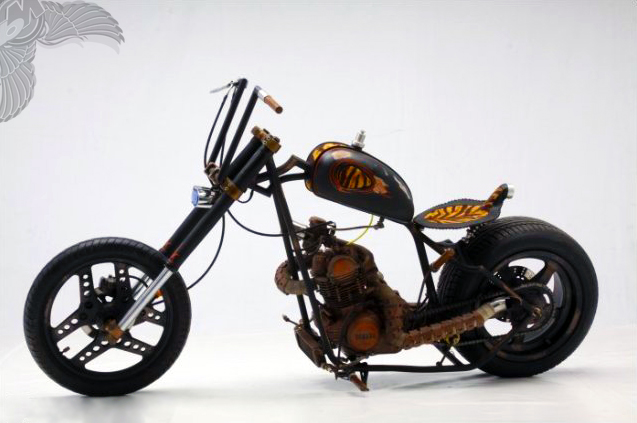 it might look familiar because i posted a nice photo of it three days ago and asked if anybody knew anything about it. then walla! the photographer of the bike emailed me because he’s a fan of bikerMetric. marco santos said he found us last month and “i stood all night watching killer cool bikes, none harley! just perfect.” 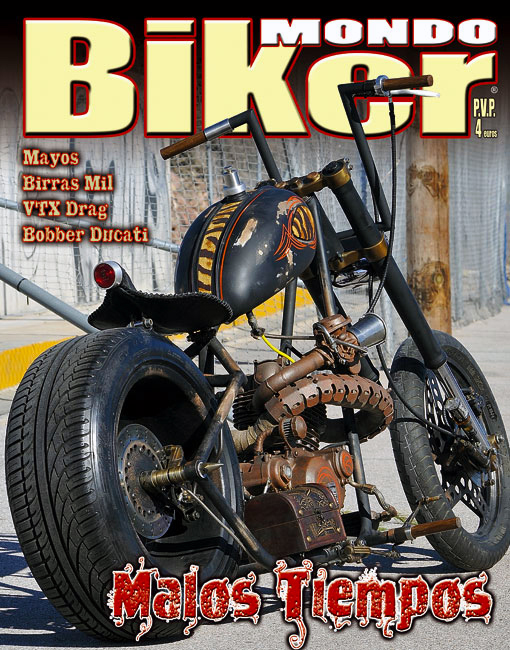 marco is also a builder and had his shop in spain for six years but moved back to portugal last july. his shop is called kustomville and he calls the company a “one-man backyard builder.” he sells his bikes in both countries and prefers metrics because they are simple and he doesn’t like “the a**hole shops that prefer harley.”

that made me laugh because i remember what it was like to get custom stuff made for my vtx1800 when it came out and it seemed all the shops were “harley only.” most of them threw more attitude at me than paris hilton loaded on vodka and coke.

times have changed. now most of the shops that work on harley machines will be happy to mod a metric. it’s called “do you want my money or not?”

marco works for xtreme bikes magazine where he is the photographer for all the custom stuff going on in portugal. you folks can expect more pix to come from portugal from now on. for now all i have are these relatively low-resolution images of this kickass chop. he’ll be sending bigger images and i’ll post them when they arrive. 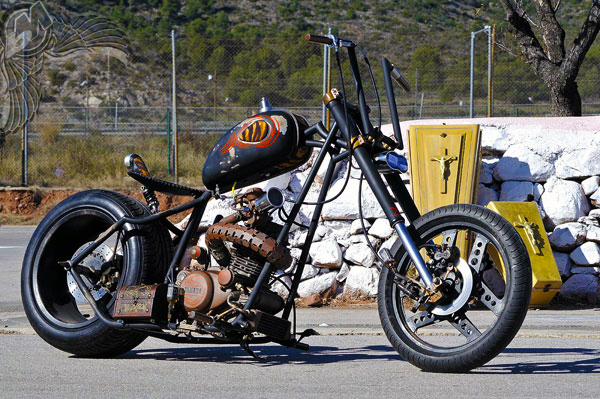 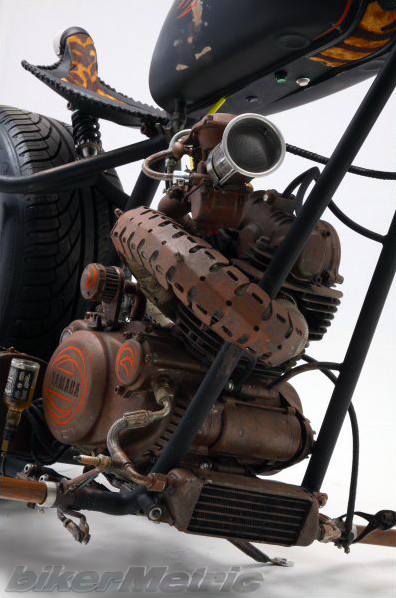 the bike is a yamaha sr250 called “malos tiempos” (bad times bad days). it was built by the owner, a man named “pi,” who is a spanish member of “rat bikes spain.” the bike was built to honor the working class in spain, and was done at the lowest cost possible.

dag nabbit. i knew i was doing the right thing 15 months ago when some were calling the bikes i was promoting here “swap meet ****.” a bike to honor the working class…

the seat is made from a construction worker’s shovel with the tail light affixed to the back side of it. the rear wheel is from a car, “a bmw or something,” and the tire is from the same auto.

the front wheel is from a mid-1980s honda vf750 and the gas tank is from the original sr250 that has been modified. the frame and handlebars are “home made.”

in all, you’ll either love it or hate it, but it’s hard not to give props for the custom touches that add so much more to this bike than the average chopper.

hopefully we’ll get more bikes from kustomville and from marco’s camera lens. 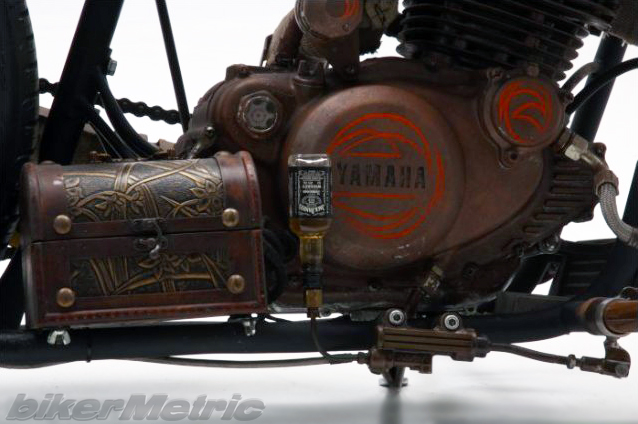 Previous: new members, hedkase cycles, and off to save the dog
Next: beer poll 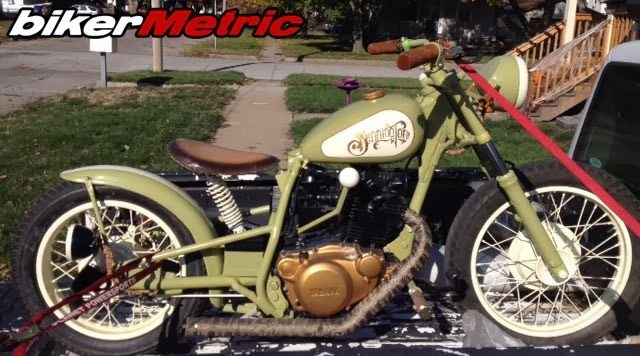 Got an excellent email from Travis Bennington about his 1981 Yamaha SR250 ...