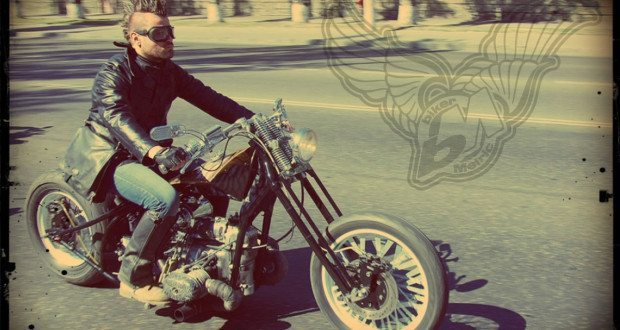 Dmitri (Barada) lives in Odessa, Ukraine, where riding custom motorcycle builds is illegal. That hasn’t stopped Dmitri from building some wicked custom motorcycles like this custom Ural chopper. We’ll be featuring his work this week and next week. 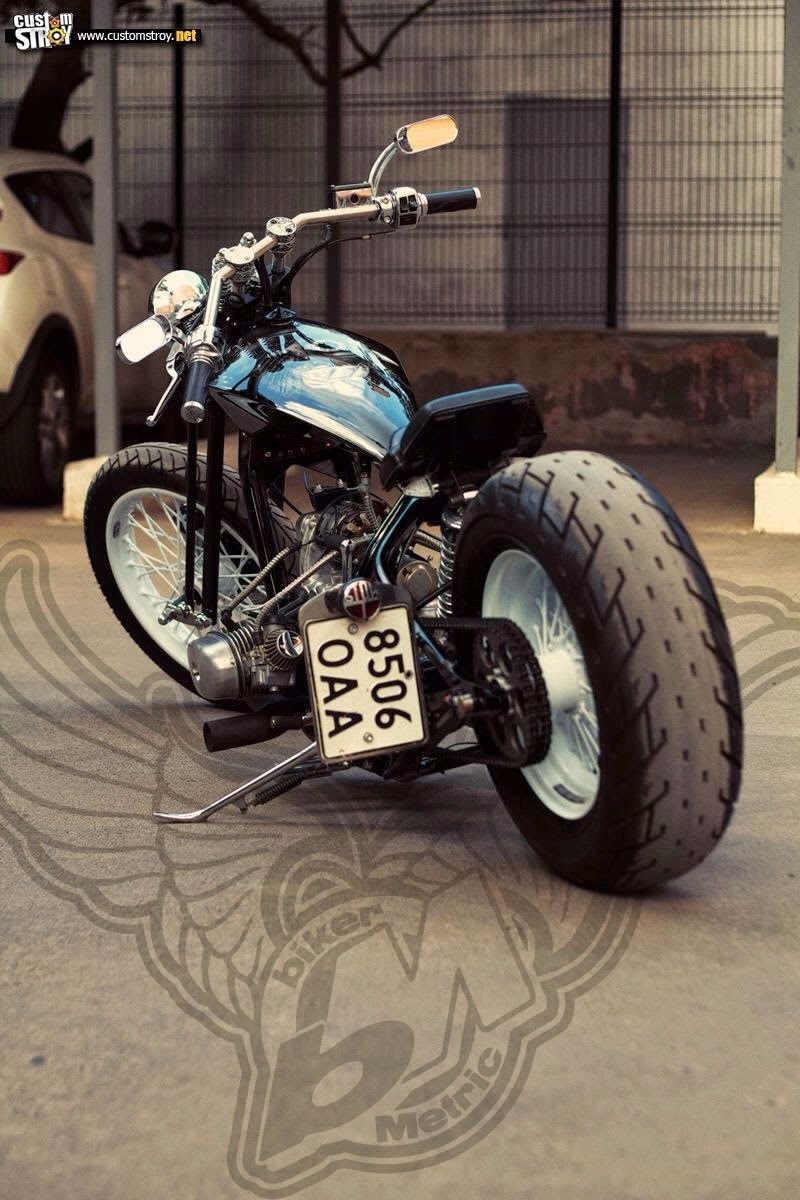 bikerMetric: Tell us a little about your builds, and your custom ural chopper in particular.

Dmitri: The most important thing for us is the engine around which we build a custom motorcycle. I come up with the design and style of the future motorcycle build in advance. The client tells me what engine it has, and I develop the concept of a future bike for 2-3 days. I do this by using 3D Max for photo-realistic rendering – customers like it very much. Some small parts, widgets, I come up with in the course of work. 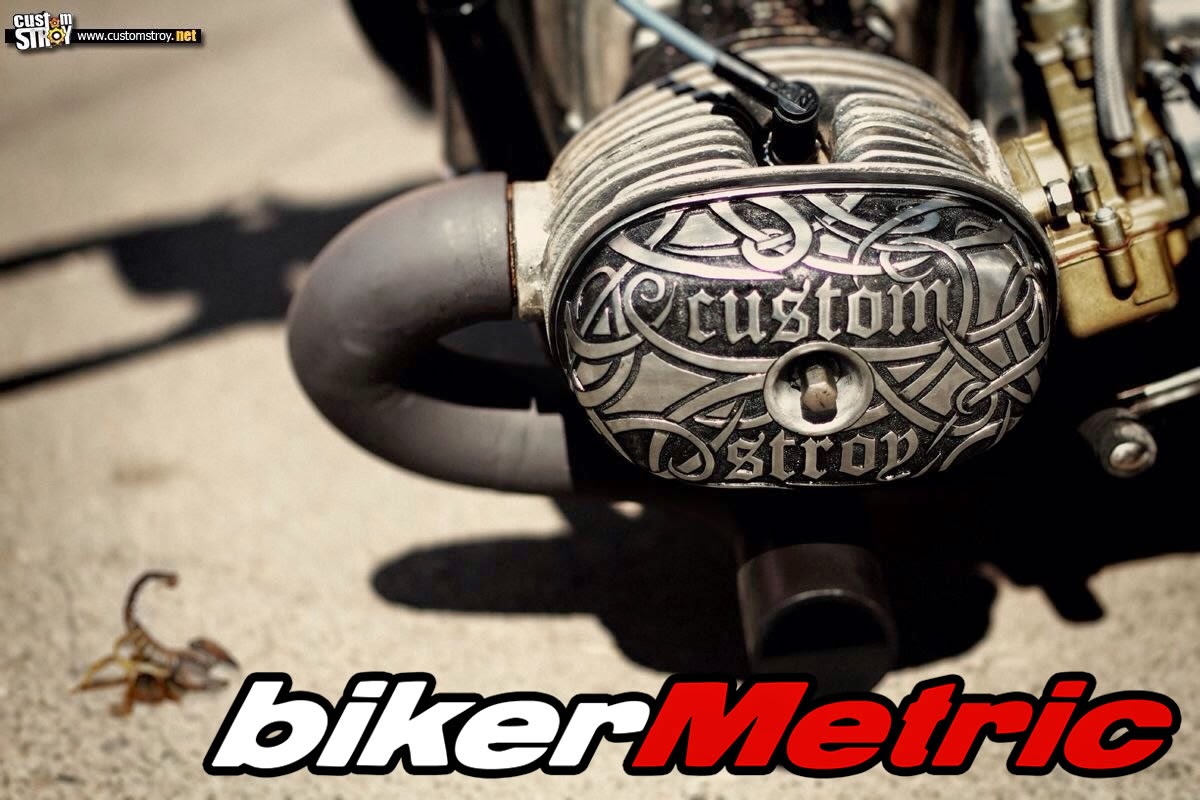 bikerMetric: What modifications did you do?

Dmitri: In our projects we try to create anew. If we can do – we do it! That’s our motto. The more self-made – the more valuable end result. Of course, there are things that I prefer to buy than to make himself, for example the Springer front end. In our projects we use DNA Springer. 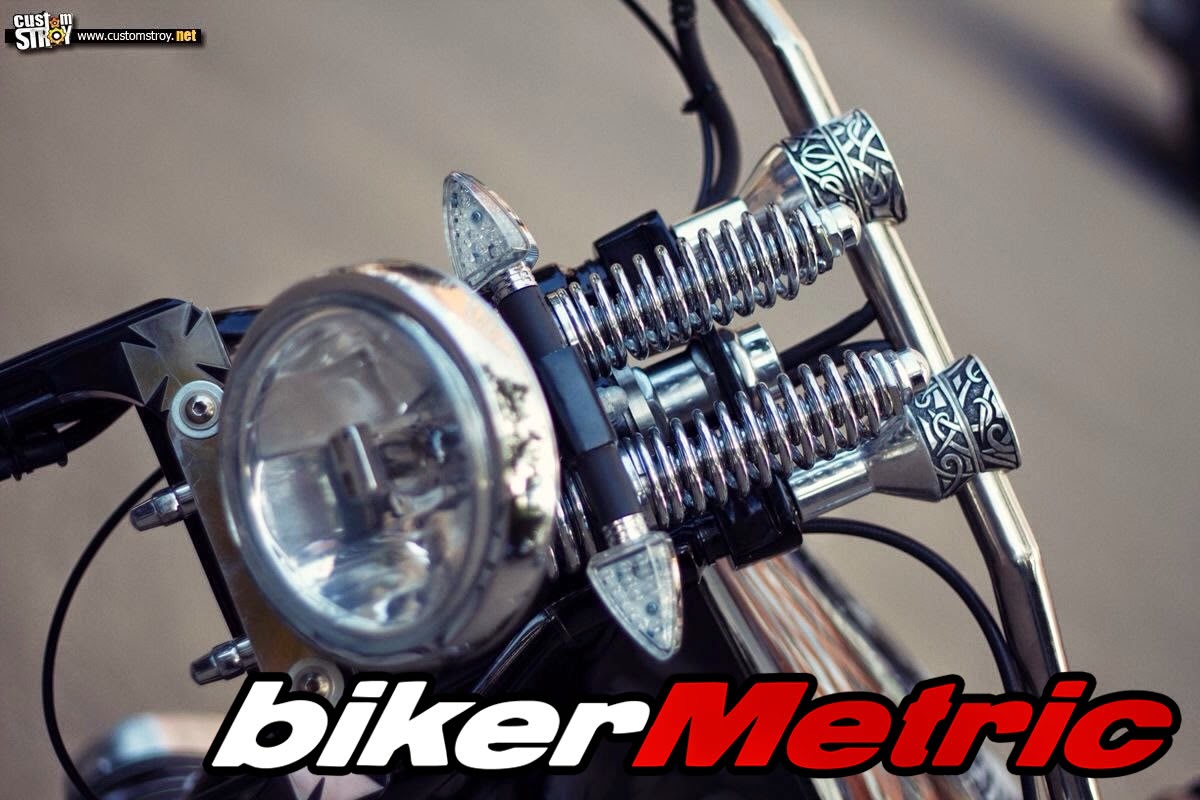 bikerMetric: Does it get a lot of looks?

Dmitri: This project used a Ural engine, its the Soviet copy of the German BMW engine. My idea was that the bike should have a wide rear tire and put two drive chains in parallel. Now, when people look at my bike, they constantly ask me two questions. First, “How did you manage to translate to chain drive?” Second, “Why use two chains, rather than one?” I jokingly say, “So it’ll go twice as fast.” Many people believe me. 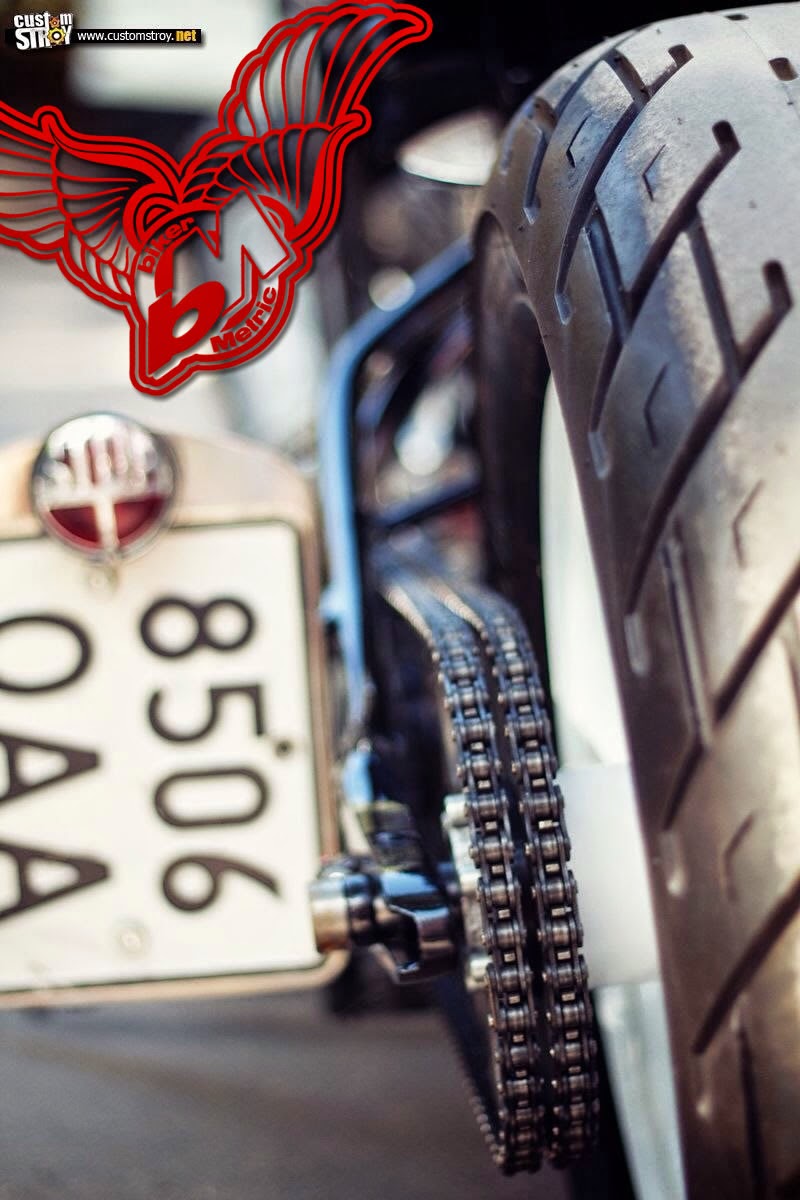 bikerMetric: *** bless the Ukraine. What was most difficult part of the customization?

Dmitri: The most difficult part was to create a beautiful bike – to find a compromise between my vision and the desire of the customer. For example, the Customer Bobber “Lone Wolf” gave me the Jawa 350 engine and said that he wanted a chopper. Can you imagine a chopper with the engine from Jawa?! People are very strange sometimes. I had to fight long negotiations with the customer and persuade him. It was very difficult. 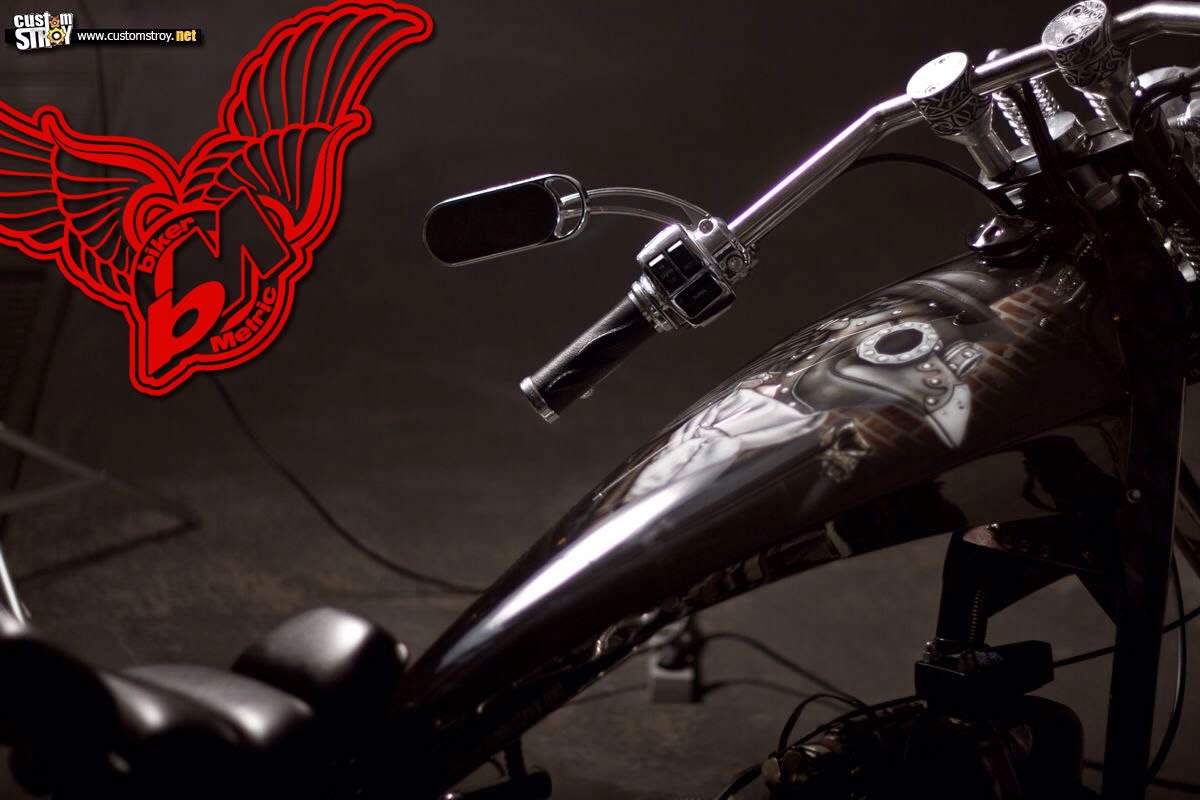 bikerMetric: Any cool or interesting stories related to this particular build?

Dmitri: Oh yeah. When Crow was ready, I personally took him to the artist for airbrushing. This artist is a master. His name is Sergei “Gudron” (in English – Tar). He lives 700 miles from me. To get to, I hired a small truck. It was a cold winter… We went from Odessa to Zaporozhje. As soon as we drove 100 miles, the truck tire burst! ****! After another 100 kilometer tire burst second! Double ****! You will not believe, but then two other wheels exploded! Incredible! It was winter, at night time, and freezing, in an empty field. I was very angry at the owner of the truck. 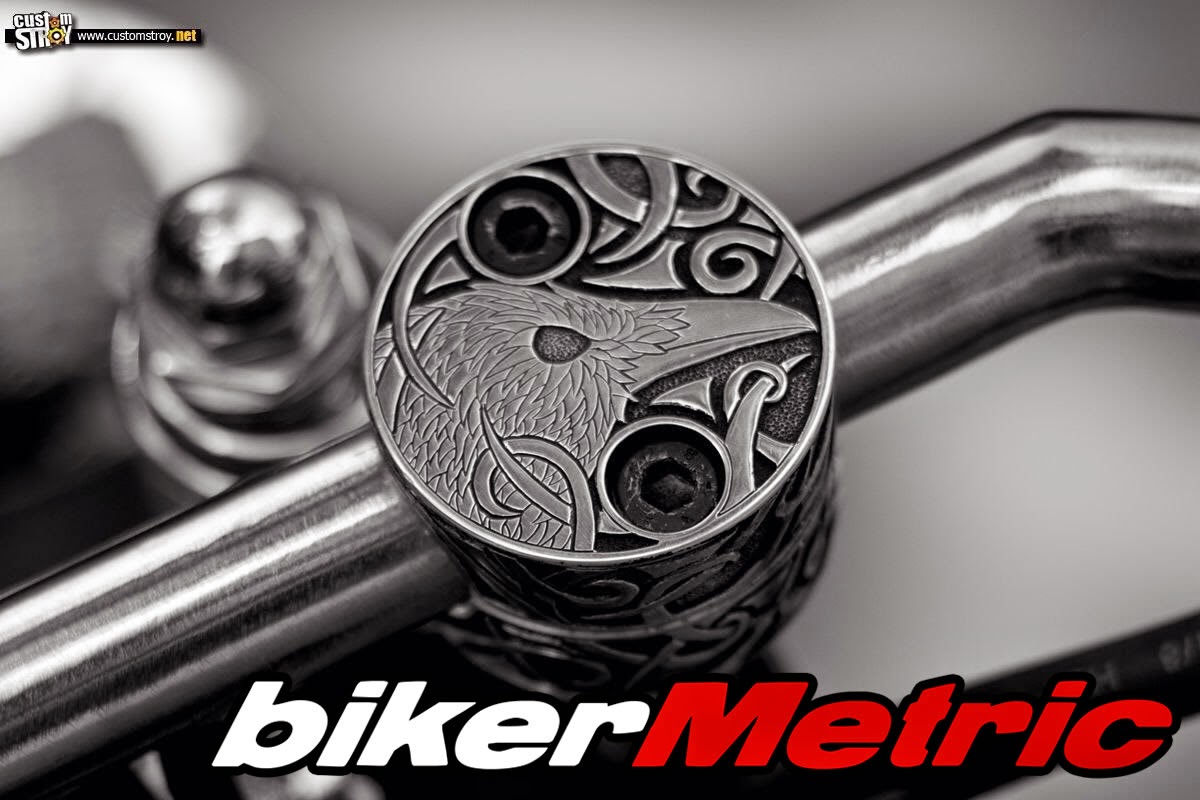 bikerMetric: Why did you name the Ural chopper the Crow?

Dmitri: Near the house in which I live is a city park. This park is home to a flock of crows. Every time I go to the park to walk the dog, the same crow always come to me. Crow walked by me all the time, talking to me, pinching the tail of my dog. The **** crow even stole my cigarettes. I had become very friendly with him. One day I went to the park, as usual, late at night … I saw on the road a baby Crow. He just sat on the road not going anywhere. I felt sorry for the chick. I brought him home. I cared for him for a week, and when he grew up I let him go free. A week later I received an order to build a motorcycle. Color motorcycle had to be black … I decided that the bike will be called Crow… in honor of my feathered friend. 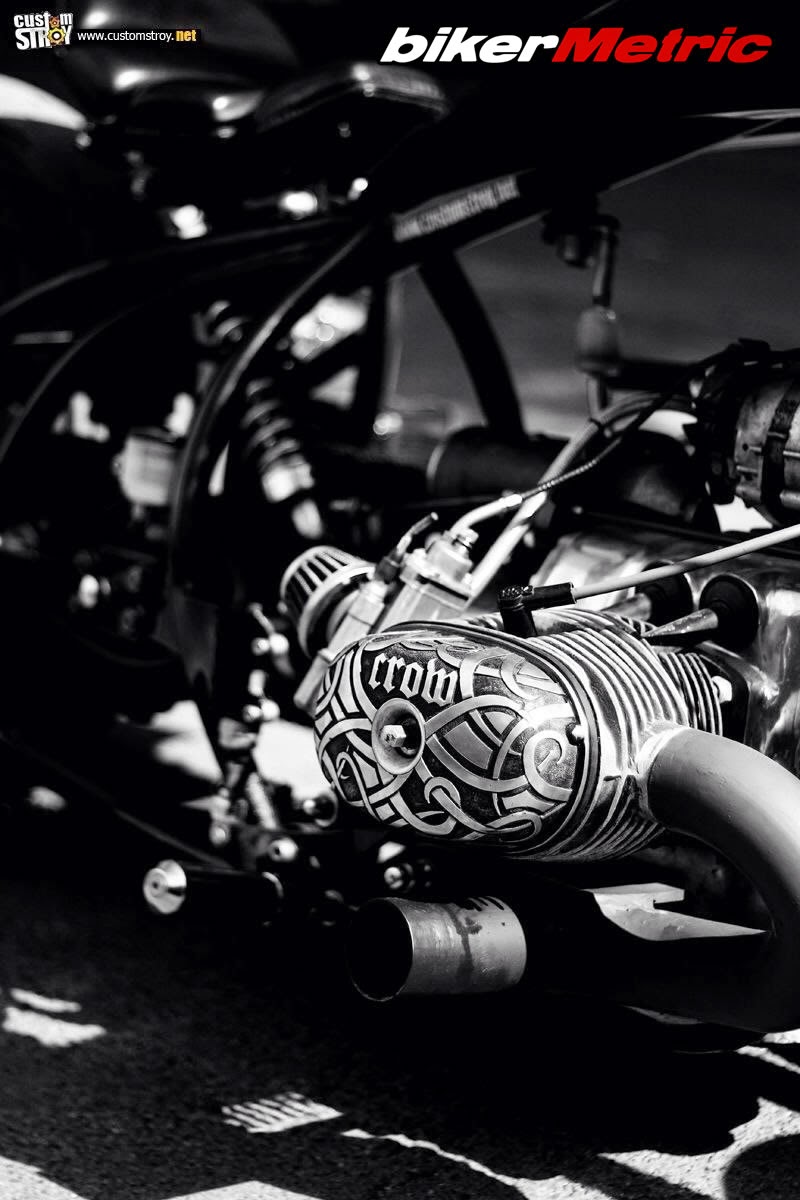 Dmitri: No, I do not sell motorcycles. I make them to order. I want to say that at first I get money, and then I build a motorcycle. In my country, the law does not allow the use of custom motorcycles. Therefore, to put my own money into a motorcycle, and then try to sell it – it’s a bad idea. My customers and I would be outlaws. Traffic police treat us well enough, but it is still a violation of the law. Police stopped me once. I thought they would take away my motorcycle. Instead, they looked at the bike for a long time with great interest. They asked a lot of funny questions: “How fast does it go?” and “Is it good on gas?” 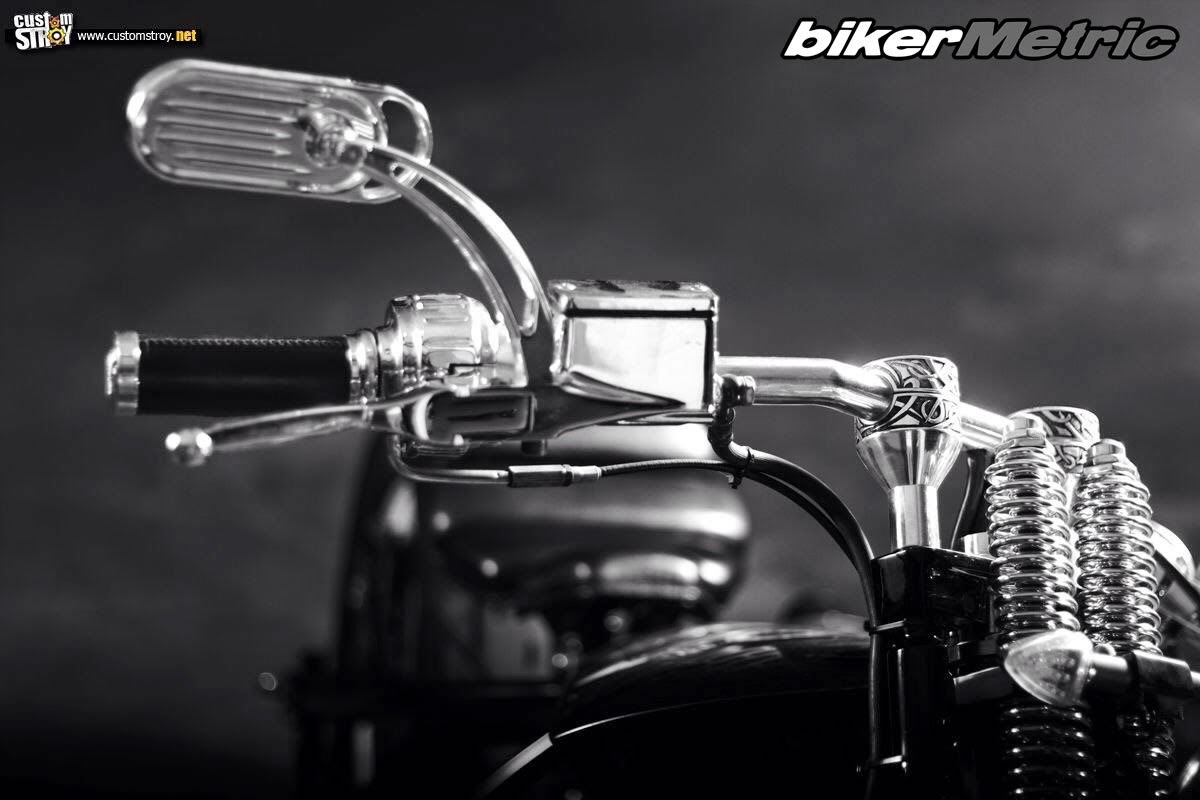 Dmitri: It will be like a small chopper with pedals. It is fashionable in the Ukraine now.

bikerMetric: It’s almost time to go brother. Wanna give a shout out to anyone?

Dmitri: Yes, sure! I want to say hello to my employees and partners: Roman “Sniper” Sopov, Eduard aka Trainer, Valerij “Uncle” Petrovich, Sergey “Gudron” Lukashenko. My friend from USA – Eddie Bell. And all Ukranians. 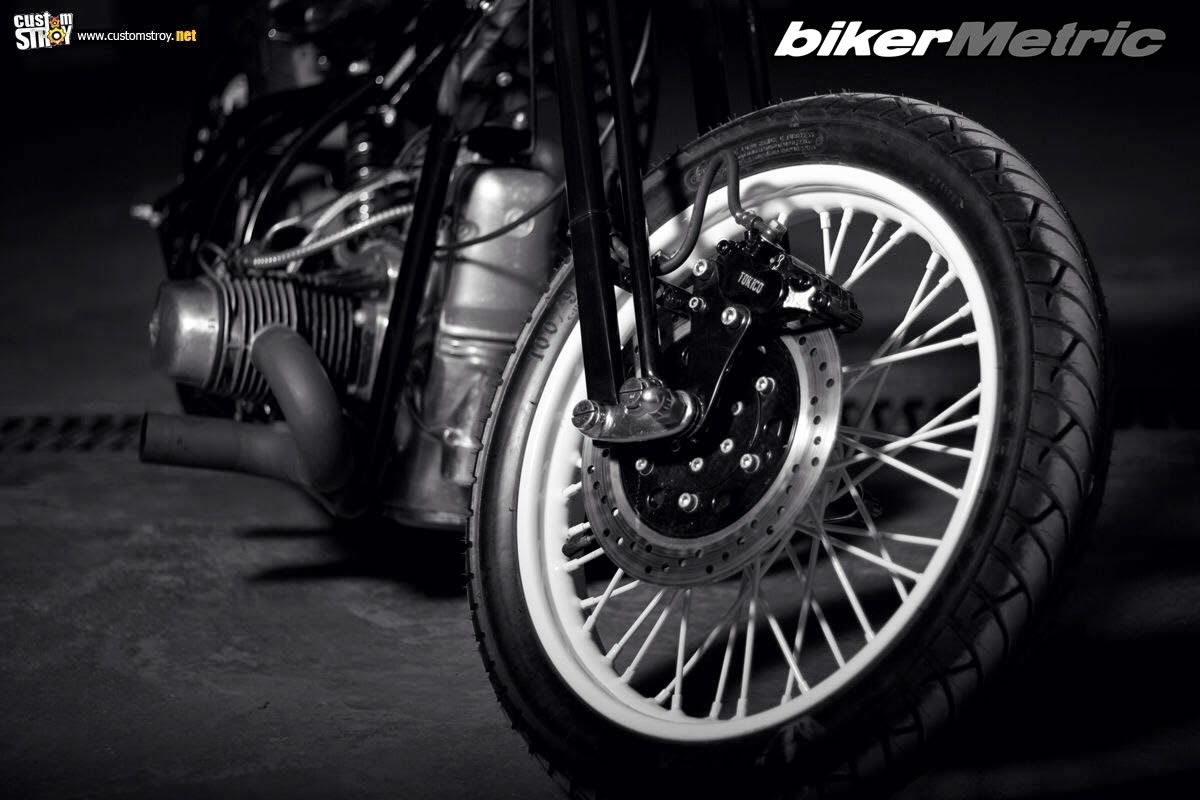 bikerMetric: We’ve got you on bikerMetric today and you’re scheduled for another feature next week. Where can readers see more of your work in between?

Dmitri: I have web-site, www.customstroy.com – all our projects can be seen there. Thanks!

Thank you Dmitri, catch ya next week!

After being featured last week, Dmitri is back to tell us more ...

for the faithful who for some reason keep visiting at the same ... 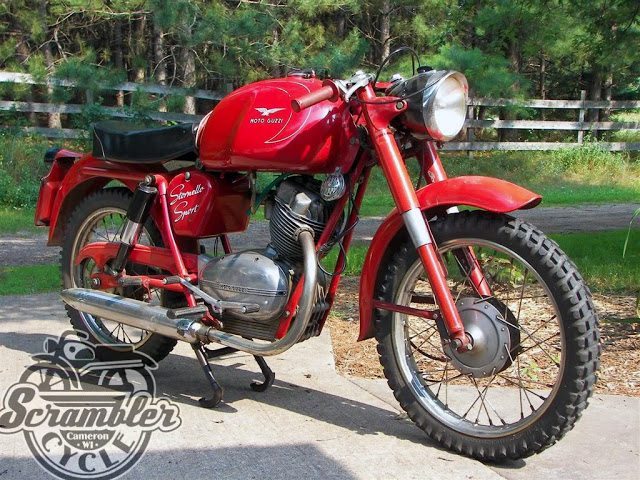 a strange thing happened on my way to the market yesterday. i ...