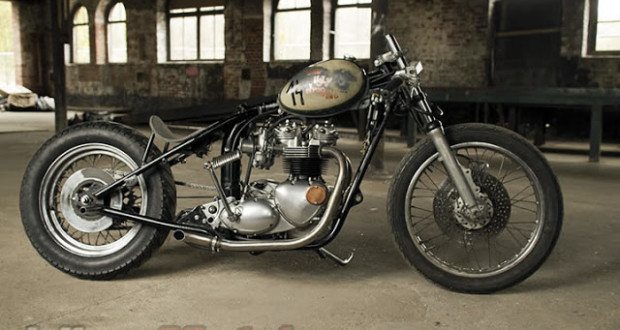 bikerMetric‘s first post about JTbrothers was a sweet Yamaha XS that the two brothers from Belgium put together. The custom motorcycle build was really meant to be a practice build for a Triumph project, and bM thinks it was a success. The brothers called their 1979 Yamaha 650 SE build “The Rising Sun”, a nod to the bike’s Japanese heritage. 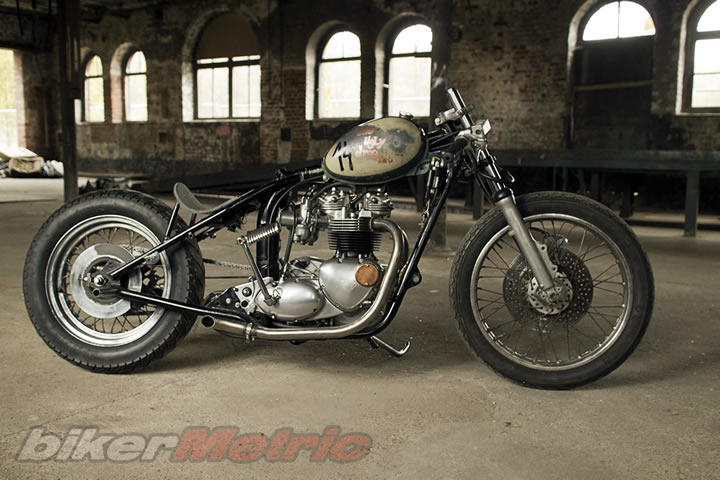 They then got to work on what would simply be called The Ugly Drag Rat Triumph, a Triumph Bonneville 750 T140 from 1977.

“When we bought the triumph it was an unfinished chopper project with a captain america gas tank. On a British motorcycle. Seriously.”  JTbrothers explained, making me question everything I previously believed about the good sense of the Belgian folk. 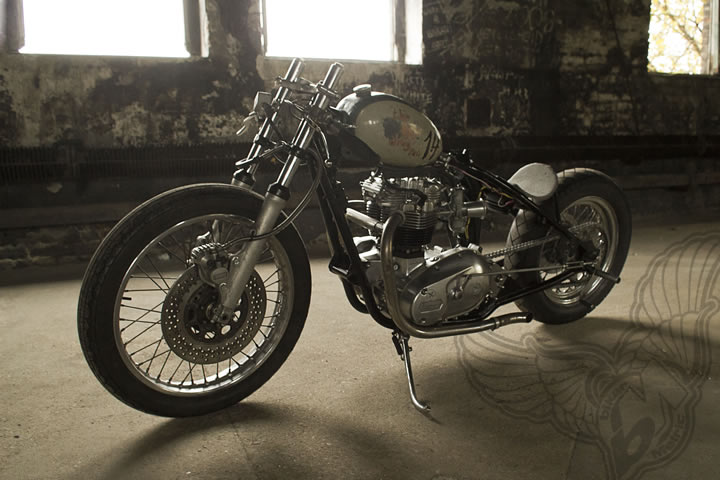 “The engine didn’t run so we rebuilt it. We also gave it new electronic parts and wiring.”

“We did a quick mock up so we could test ride it and made a drag racer of it, to take part in a 1/8 mile race. The plans to make a chopper of it were already in action and we were actively collecting parts at the time.” 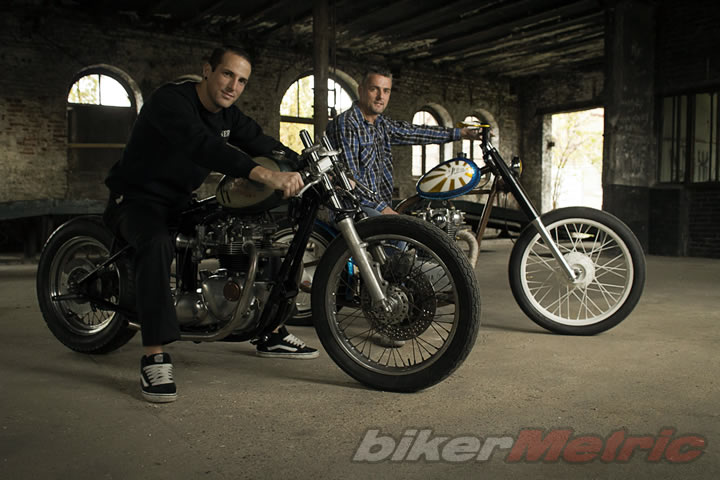 As mentioned in the Yamaha XS 650 SE build by JTbrothers, the brothers and photographer Silke Baens chose an abandoned coalmine building for their photoshoot.

These guys don’t have their sights set on becoming professionals building bikes for others. They’re just two brothers who like to do their own thing and have come up with two great builds.

For more info on JTbrothers, check out the Yamaha XS 650 SE build, and see more pictures of their builds and other projects on their blog, at JTbrothers-motorcycles. 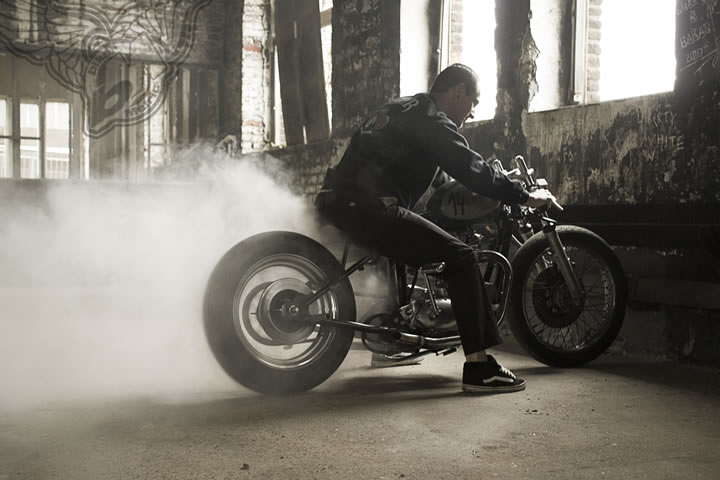 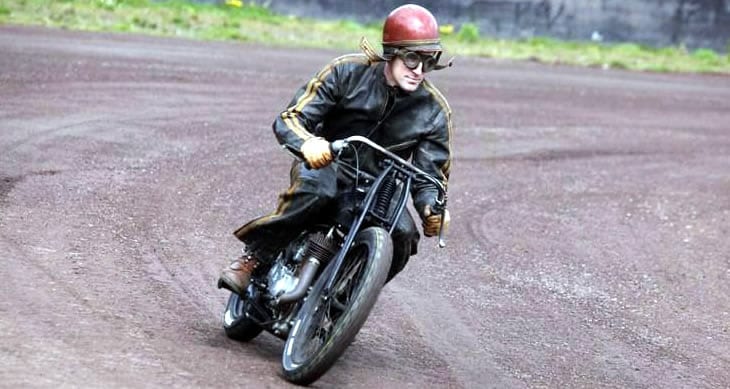 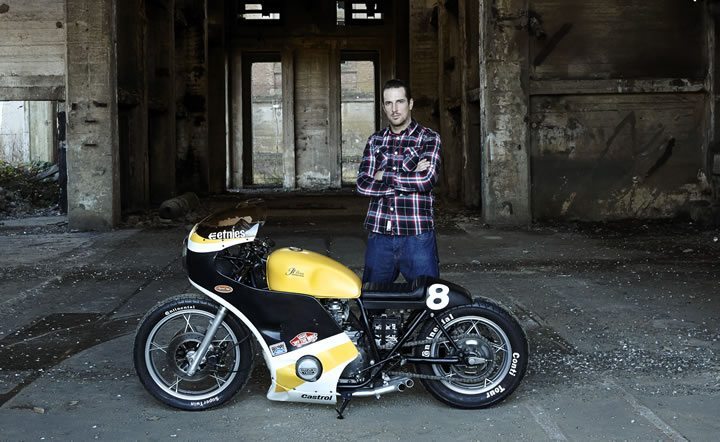