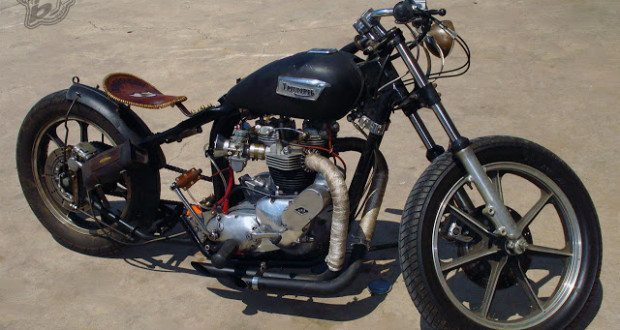 since i interviewed shoe 16 months ago, we’ve stayed in touch and had some laughs. one of these days we’re going to blast around and then spend the evening drinking moonshine. he’s a good man, a master mechanic and bike builder, and somebody i trust.

this morning he sent me some nice clicks of an inexpensive little trump bob he and his friend buie hibbard put together recently. 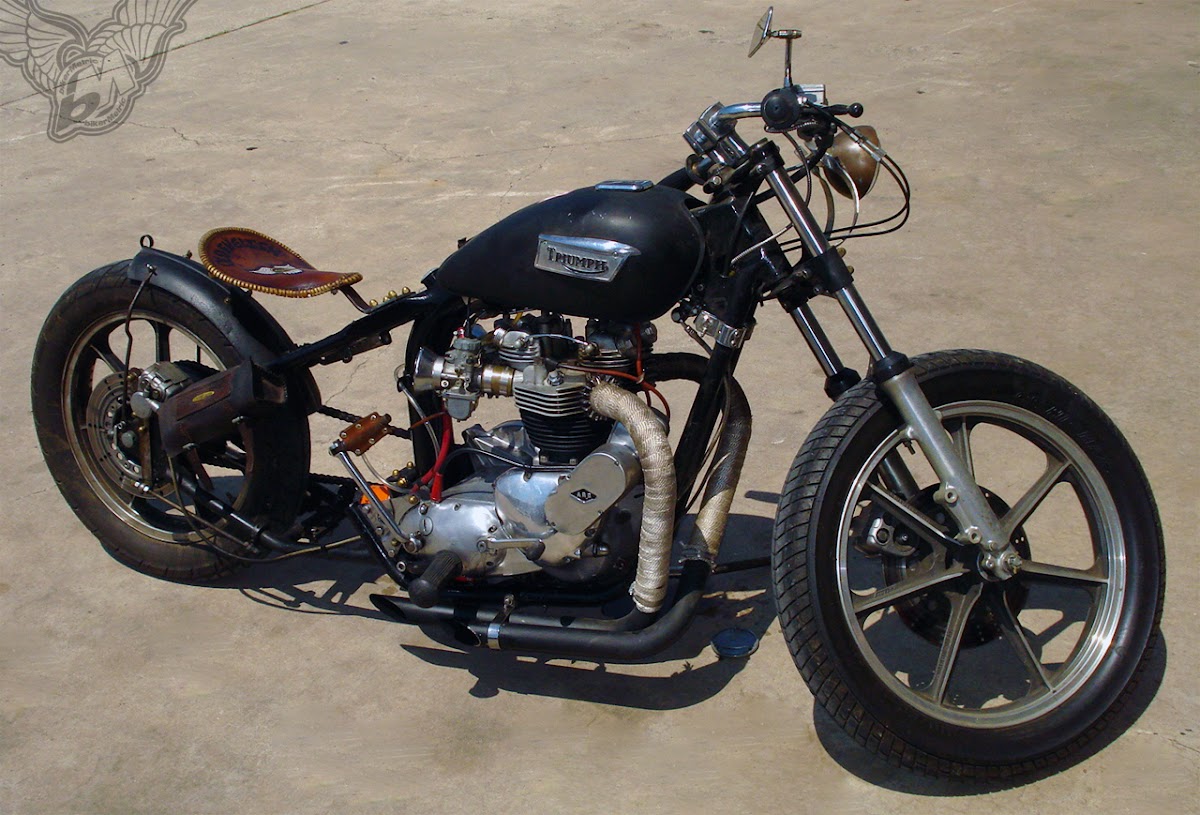 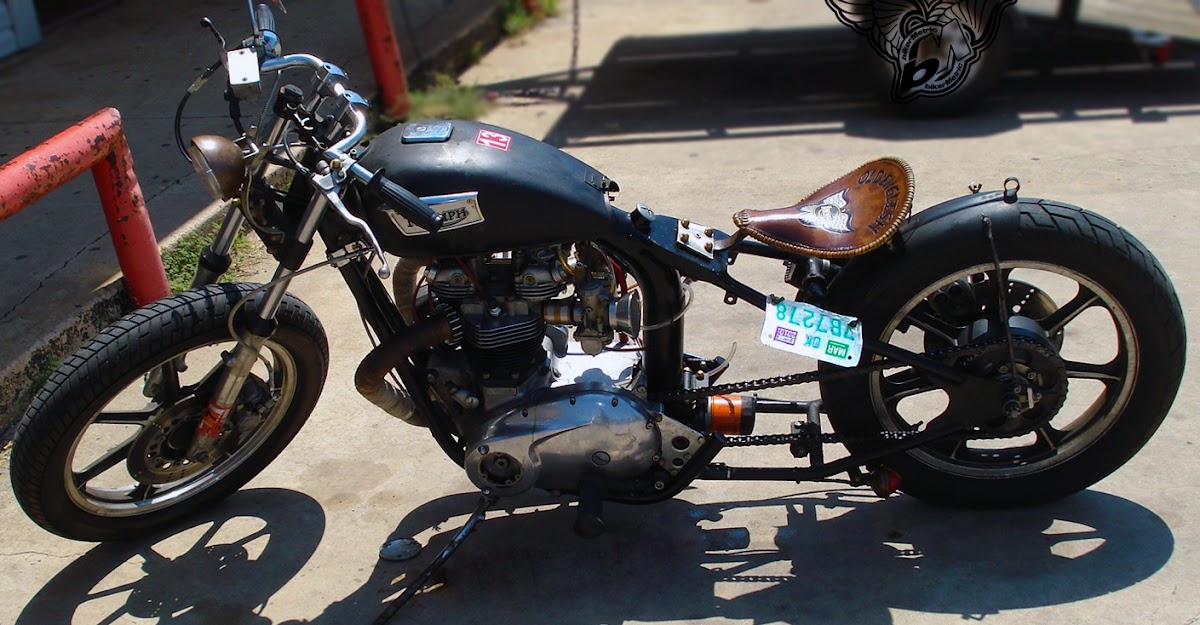 it’s one of those rides i like so much because it has character. it isn’t a perfect machine, as you can see it’s getting some work done in a couple of these pix, but an old trump needs extra lovin’ sometimes.

dig the headlamp mount. it looks like there are parts from a half-dozen different bikes on here. whatever works, gentlemen, and this gnarly little trump bob works fine. i even like the clubman bars, which i rarely do on a bobber. 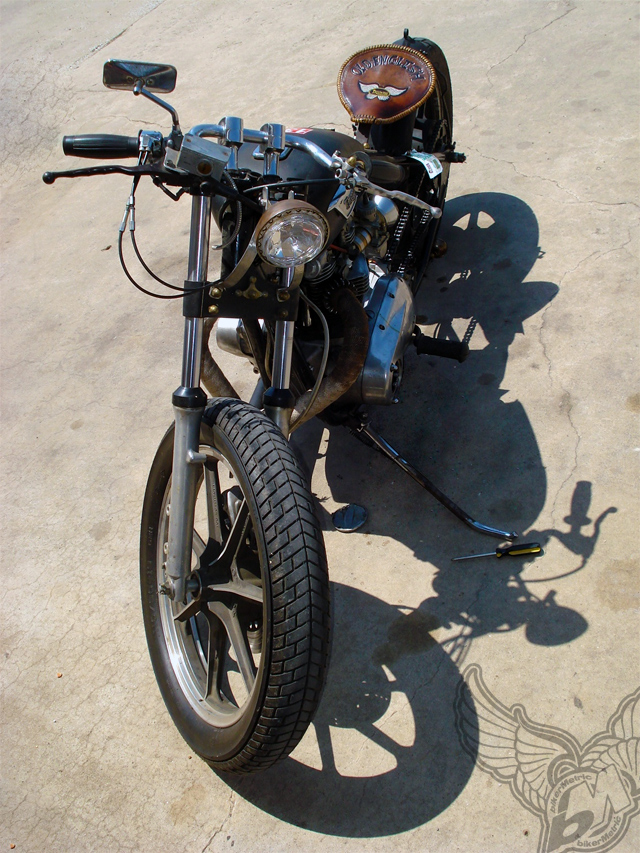 shoe wrote that the headlamp and tail are from a 1960’s-era giant battery which powered a roadside light and that “the seat spring is a work of art.” agreed. buie also rides his sweet little trump “every dayummm day!”

speaking of stuff i like, i freaking love this bike:

that’s shoe’s famous mister bodacious. he’s selling this 250-horsepower turbocharged kawasaki kz1000 for only $12,000. she’s worth a lot more than that but shoe’s liquidating and taking off for the hills. i know a few who are doing that lately. 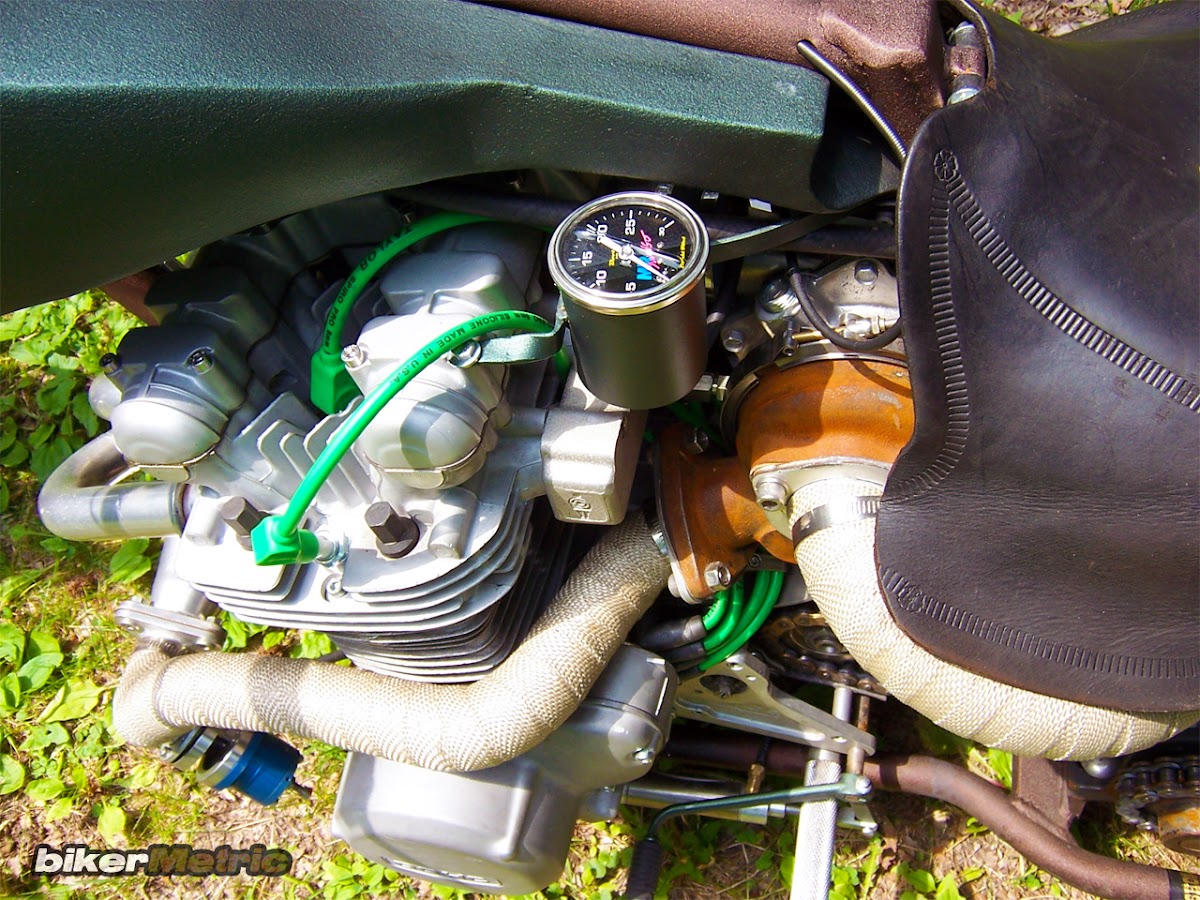 you can see more pix here and on hotshoe customs.

be sure to check out some of his current builds, including a 1967 honda dream and a cbx, and if you contact shoe, please tell him you read about him here on bikerMetric.