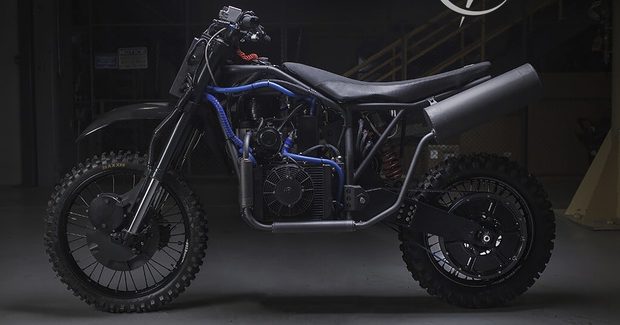 It runs off a battery, or just about any kind of fluid that can burn. It makes enough power to run communications equipment, but is only as loud as a conversation. Oh, and it’ll go 80 miles per hour.

DARPA, which stands for Defense Advanced Research Projects Agency is the US government’s designated Mad Scientist Department. DARPA’s made a reputation for blurring the lines between military prowess and something out of a 007 flick.

At this year’s National Defense Industrial Association’s Special Operations Forces Industry Conference, DARPA faced off two prototypes for a stealth motorcycle, created as part of a competition that began in 2014.

Each of the motorcycles run state of the art hybrid multi-fuel and electric engines. The motors can burn a variety of combustibles like JP-8, Jet A-1, gasoline, propane. The user simply needs to tell the motorcycle whether its burning gas or something else, and the motorcycle solves the equation and adjusts accordingly. Theoretically you could run it on used car oil, or even olive oil.

Running the motorcycle on combustibles produces about 80 decibels of sound. Which isn’t going to help you sneak up on the bad guys. That’s why there’s stealth mode. 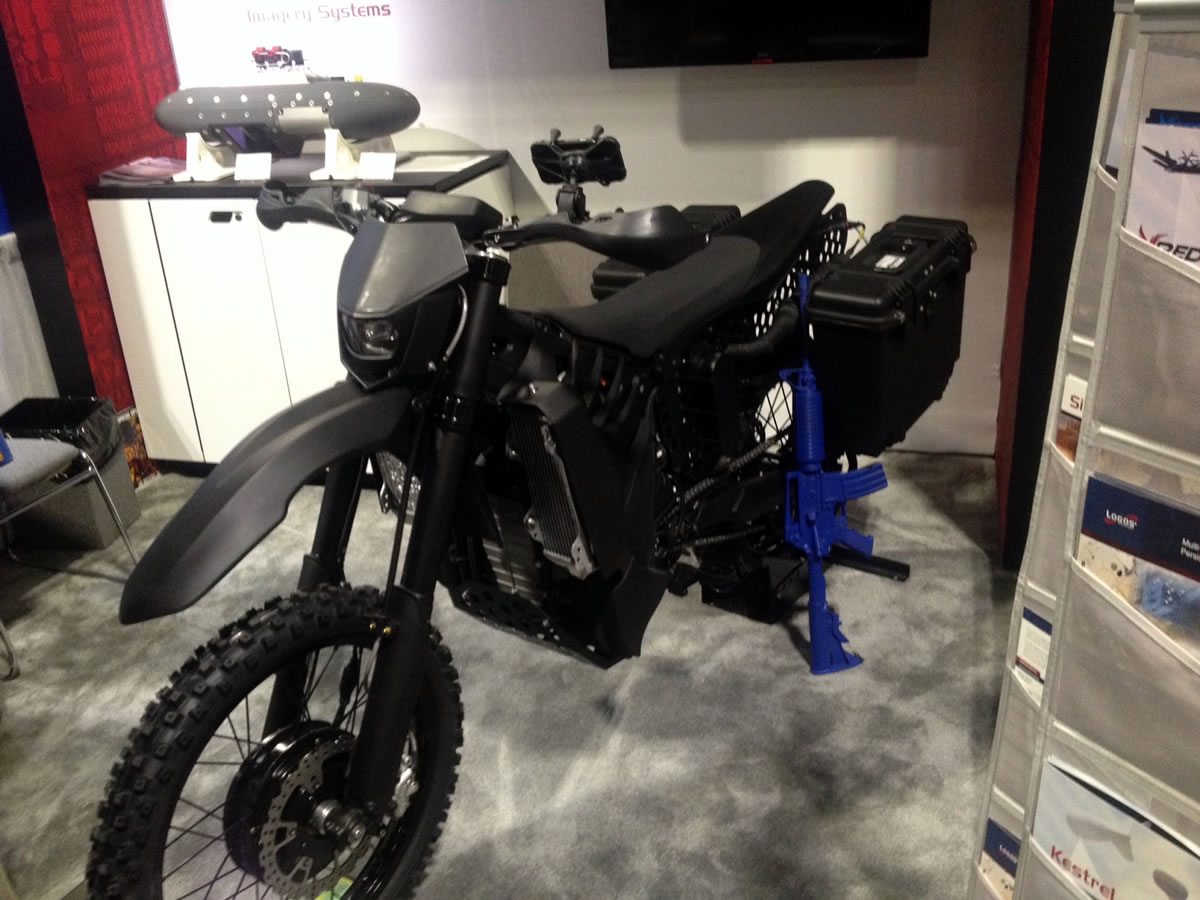 Stealth-mode drops the sound down to about 55 decibels, the same level of noise produced by a conversation. The bike is powered by lithium-ion battery power, similar to the Harley-Davidson LiveWire in last year’s Avengers movie.

DARPA is always up to interesting stuff. By late 2015 they were developing prosthetic devices which could not only be controlled by thought, using neurotechnology, but also provide feedback on feeling through the prosthetic to the human being. Think that’s outrageous? These guys are so out of a science fiction book that they’re even working on sending electrical stimulation to the brain to bring back memories to people suffering from disease or trauma.

Ok, so DARPA hasn’t really invented the silent motorcycle. In fact, electric motorcycles are quiet enough already. But the motor being able to run on any number of substances while maintaining an 80 miles per hour top speed is impressive. Will this mean more new tech for the average biker? Probably not in the next four years. But we have seen instances where military tech has driven progress in the motorcycle industry (bluetooth communication systems, anyone?), so it’s safe to say that on a long enough time DARPA’s research and development may just trickle down to us lowly common folk.

What’s next for DARPA? I know what you’re thinking: If they just could put all of their brilliant minds and voodoo magic towards making a motorcycle that meets EPA requirements without sounding like complete garbage, that’d be great.

Oh, and Team Yamaha already came up with a self-driving motorcycle. Check it out here.