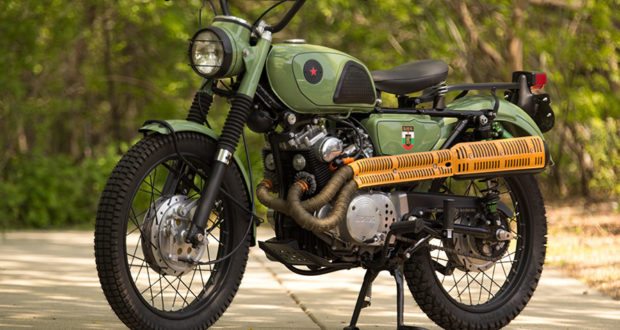 Got an email on some cool little builds by Richard Weslow and his build partner Kurt Schwengel at Circle K  Kustoms. The two were neighbors for years and Richard was always amazed by the stuff Kurt was building and the cool things coming out of his garage.

bikerMetric: Kurt’s custom stuff has been all over the place, no?

Circle K Kustoms: Yeah, he did a 70 mph riding lawnmower, as well as a motorized bar stool.

bikerMetric: And what’s your background, Richard?

Circle K Kustoms: I have a culinary degree and background in design and building. As time went on I settled in on the trades and Kurt is a small engine guy. 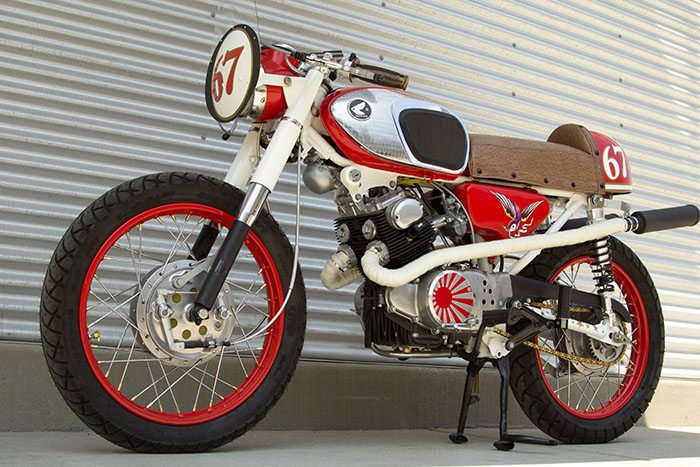 bikerMetric: So how’d you guys come together?

Circle K Kustoms: We both were into bikes and my brother had a scooter and small motorcycle shop in Milwaukee. This created the building blocks and genesis for Circle K Kustoms. It made sense at that point to jump into the bike building arena.

bikerMetric: And it’s worked out?

Circle K Kustoms: We built a few bikes that were well received ,won a few of the bigger shows here in Milwaukee and Chicago. That kind of set the stage for our next attempt. and it had a lot to do with my brother. 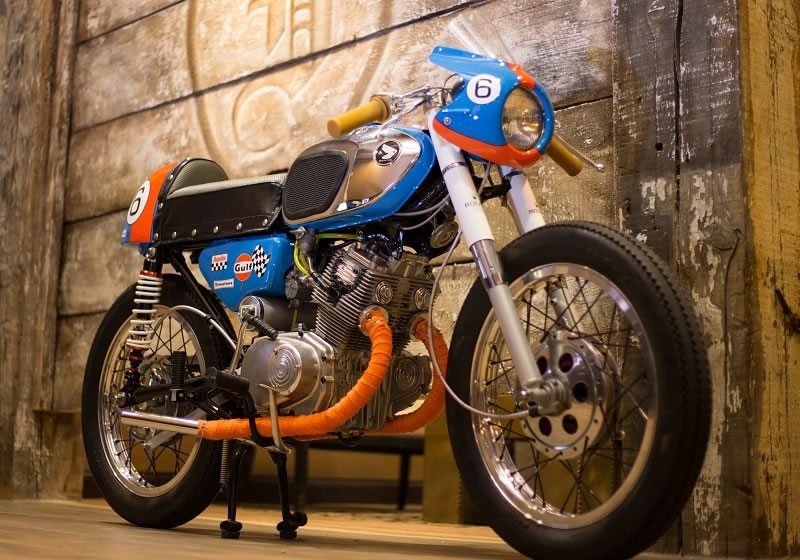 bikerMetric: How did the CBs come to be?

Circle K Kustoms: In one summer Kurt collected six or seven Honda CB160s. Most were in boxes but all came with new parts like piston sets or valves and timing chains but were abandon half way through the rebuilding process. It made for a starting point.He gave me the bikes and said if you build them people will love them knowing Kurt and I would do a great job.

Circle K Kustoms: We did just that. We put four of them in the MaMa Tried show in Milwaukee and freaked out most of the people there. Builder’s like David Cook and Roland Sands had bikes there but the funny thing was the crowd was around these small dismantlement bikes. We built four custom Honda CB160 bikes and  took some time away from bikes as life gets busy but rekindled the fire and have a fifth custom Honda CB160 on the lift and about half finished. 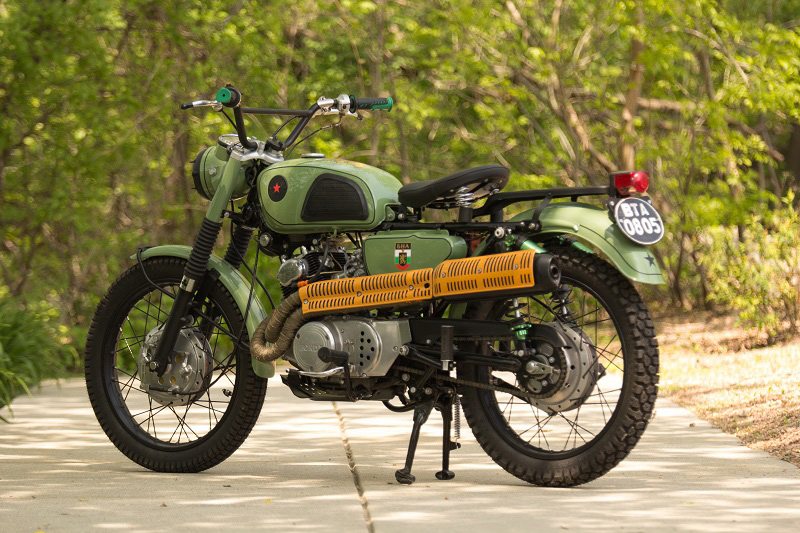 bikerMetric: And the army bike?

Circle K Kustoms: We had a scrambler platform and went for something different. We put a single seat on it with a JC Higgins bicycle book rack on the back. Did a few mods and got a skid plate to fit. Put a grill on the headlight bezel dirt bike bars, controls and grips. 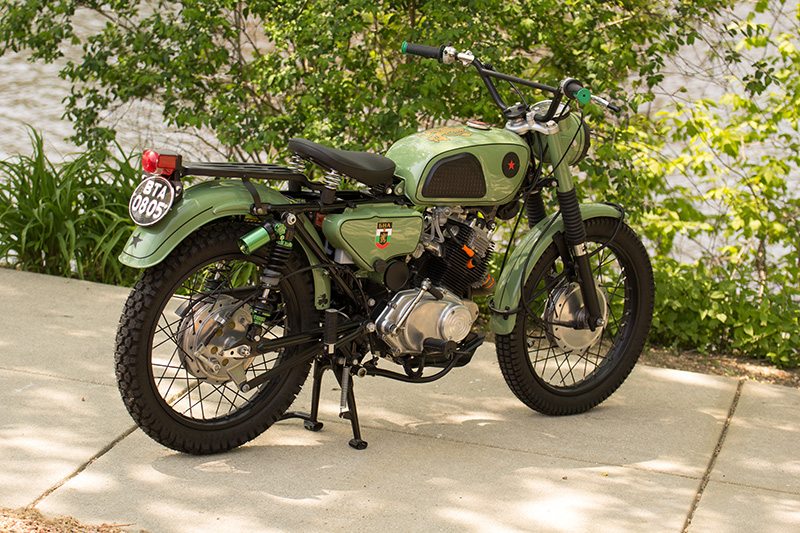 Circle K Kustoms: No. This bike by far was in the worst condition and fought us every inch of the way. The bike might not have liked it, but being a dirt bike guy, it’s one of my favorites.

bikerMetric: Where can readers check you out?

Circle K Kustoms: You can see more of our builds on our website – but before I go… Just want to give a quick shout out to Chris Bottoni at Hoopsters Performance and Graphics for doing extraordinary work on the graphics, Mark James machined some beautiful parts, and Robert Schwengel, Kurt’s dad, who’s just a amazing man to have in the shop. 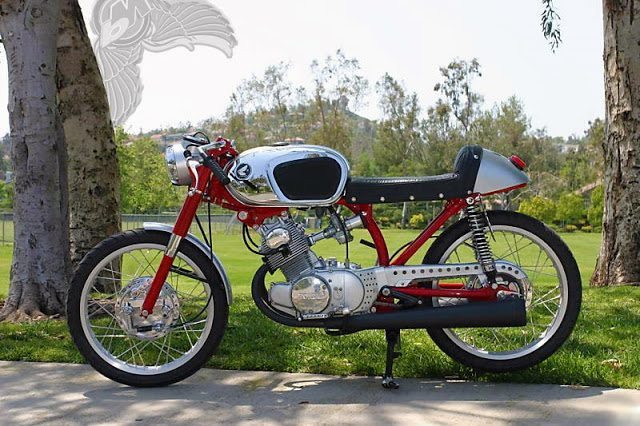 not to make you sick or anything