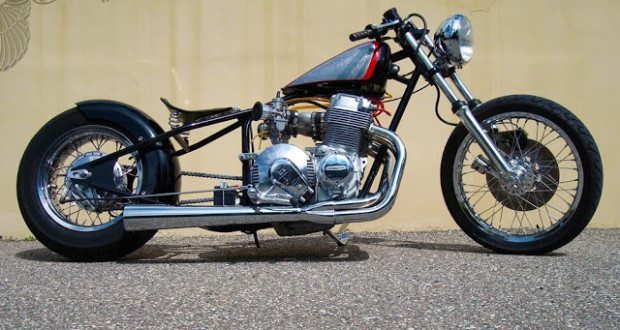 whilst clicking through pix of the acme trump below that’s on ebay, i discovered this bike: 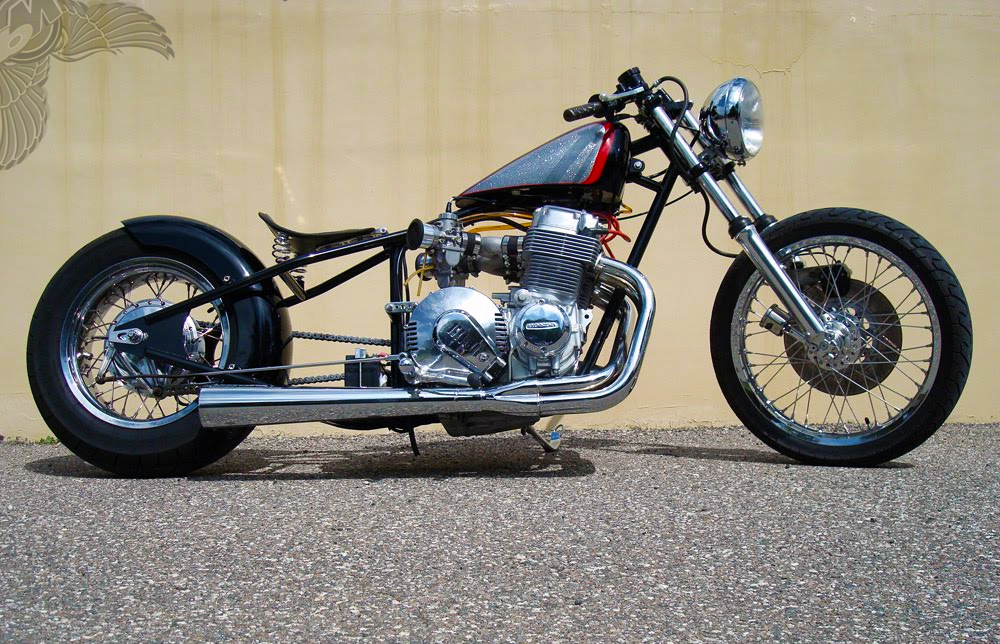 it took me a minute to find out more. it was built by a gentleman named jon hughes. there are more pix and info about the build on lowbrow’s facebook page.

the hondamatic was a two speed transmission honda manufactured for motorcycles from 1975 until 1983. the transmission first appeared on a 1975 cb750

that was sold only in canada. in 1976 the cb750 model appeared in the states and was sold for one more year. after 1977, hondamatics appeared only in cm400a and cm450a

models until 1983, when the transmission was decommissioned. 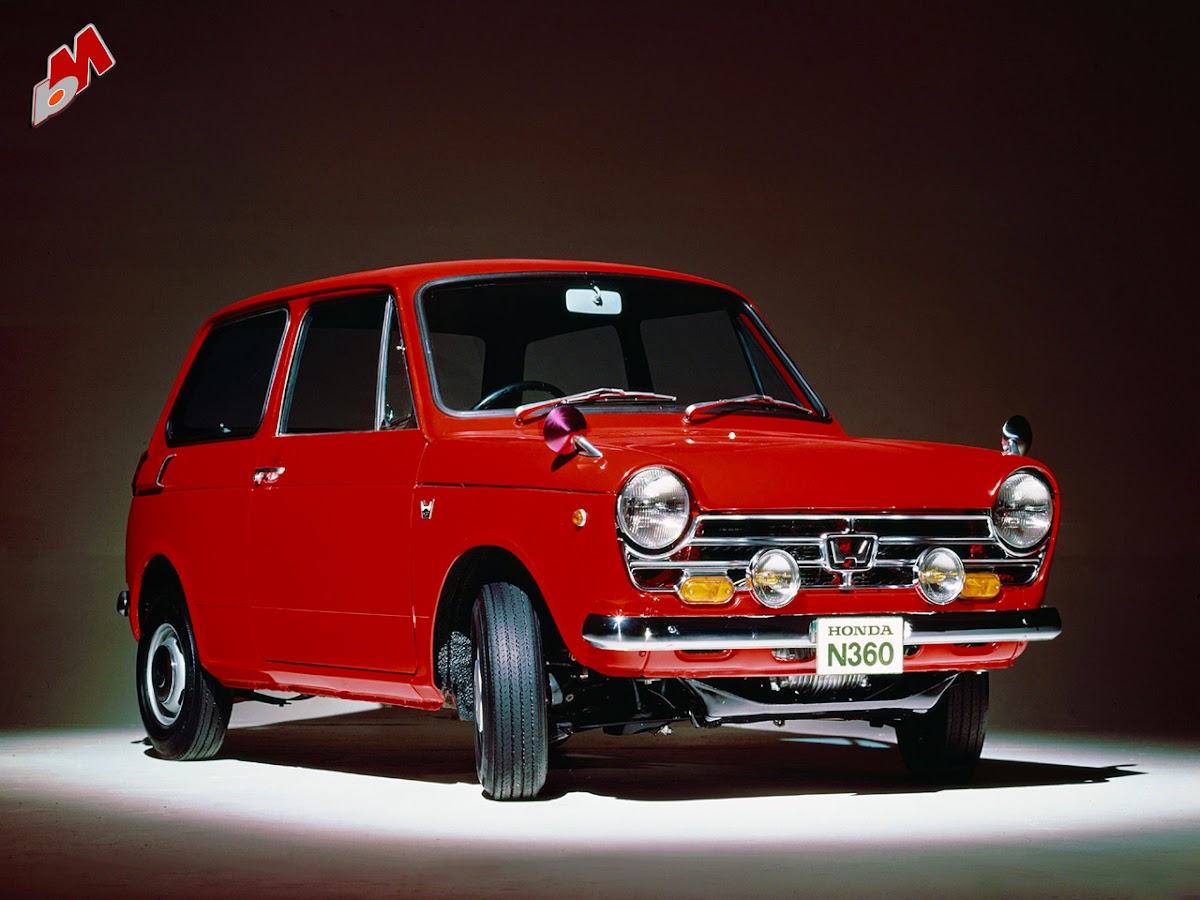 then honda used the technology on motorbikes and now you have jon’s chop.